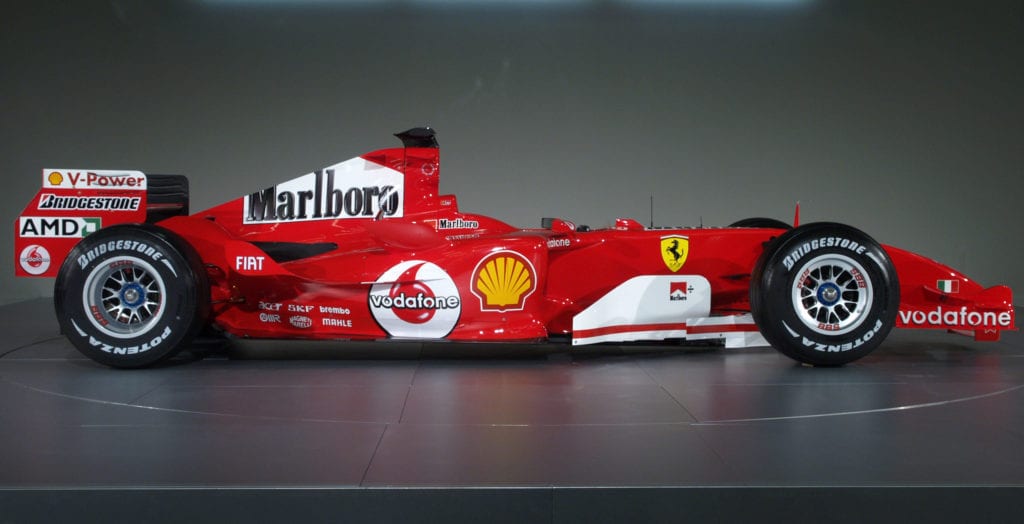 News
After six consecutive constructors’ titles and five in a row for Michael Schumacher, many people were getting a bit fed up of Ferrari’s success. Launched on this day in 2005, there was a worry – and an expectation – that the new F2005 would carry on the domination when it first appeared from the third race of the season onwards (Ferrari continued to use the F2004 for the first two races of the year). Designer Rory Byrne even went so far as to call it “the best ever Ferrari Formula 1 car”

It wasn’t. Sweeping rule changes for the year included a ban on changing tyres, giving the Michelin-shod teams (particularly McLaren and the Renault) the upper hand, while the Bridgestone rubber on the Ferrari’s didn’t hold up as well. Schumacher’s only win came in the six-car farce at Indianapolis and with just eight podium finishes all year, it became Ferrari’s least successful car in terms of results since the F93A of 1993.

Birthdays
Tony Brooks (born 1932) won six races in a short 38-race career which almost saw him become champion for Ferrari in 1959. Unfortunately, after that season he was saddled with uncompetitive machinery and he retired from racing at the end of the 1961 season.

Francois Cevert (born 1944) spent four seasons in F1 with Tyrrell as teammate to Jackie Stewart between 1970 and 1973. Though he only won a single grand prix, he was forever learning from his experienced teammate and by 1973 was in prime position to take over as team leader following Stewart’s retirement. Tragically, he’d never realise his full potential as he died in a qualifying crash at the season-ending US GP.