On This Day In F1 – Ferrari Scored Its First One-Two In Eight Years – WTF1
Skip to content
×
Formula 1 , On This Day

1964 French Grand Prix
The Brabham team won its first race – not courtesy of team owner and founder Jack Brabham, but in the hands of Dan Gurney. He started and ran second until leader Jim Clark dropped out with an engine failure, leaving Gurney to cruise to a relatively comfortable win ahead of Graham Hill and Brabham himself. Mike Hailwood had an impressive weekend – the day before he’d been busy winning the Dutch TT on two wheels. He then drove from Assen to Rouen, took over the car qualified by Peter Revson and drove from 13th to eighth.

1998 French Grand Prix
A reasonably straightforward win for Michael Schumacher, who jumped pole-sitter Mika Hakkinen at the start. Both Hakkinen and David Coulthard spent much of the race trying to get past Eddie Irvine – Hakkinen spun down the order after an early attempt, while Coulthard dropped down to sixth after being hit with refuelling problems during his pit stops. Hakkinen recovered to third but despite his best efforts to pass Irvine into the final corner, he held on to give Ferrari a one-two – the team’s first since Alain Prost and Nigel Mansell finished first and second in the Spanish GP eight years previously.

Birthdays
Adolfo Schwelm Cruz (born 1923) started a single race, the 1953 Argentine GP, and was running 13th until he had to retire when one of his wheels fell off.

Will Stevens (born 1991) was something of a surprise call up for Caterham in the team’s final race at Abu Dhabi in 2014, where he even managed to annoy Fernando Alonso by battling with him on the straight, prompting the Spaniard to say “Who is this Caterham!?” Stevens returned full-time the following year driving for Marussia, where a series of steady but unspectacular drivers saw a best result of 13th in the British GP. 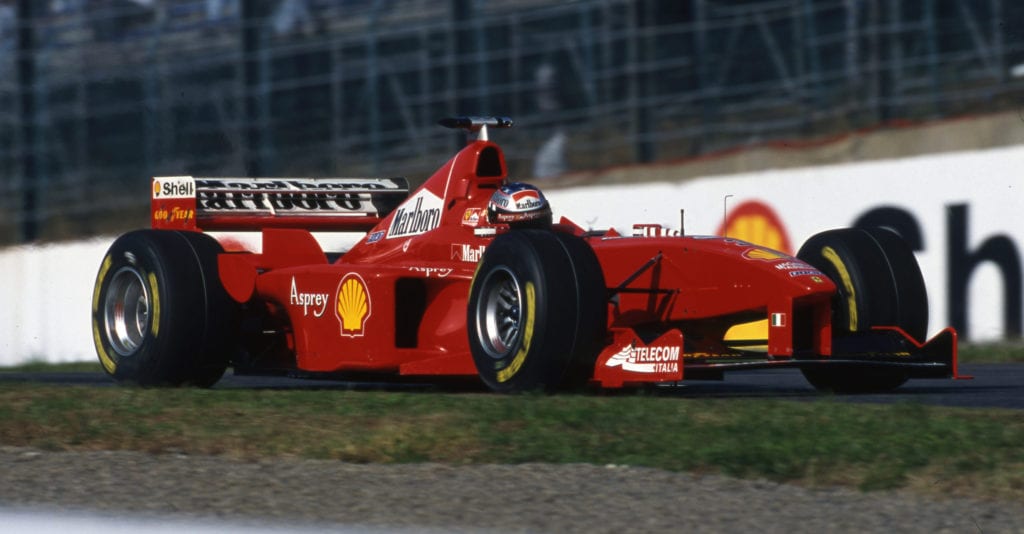