On This Day In F1 - Ferrari Used A Ridiculous Strategy To Win The French GP - WTF1
Skip to content
×
Formula 1 , On This Day

1954 French Grand Prix
The Mercedes team made its F1 debut and totally dominated with its streamlined W196. Juan Manuel Fangio fought for the win with debutant Karl Kling for much of the race until team orders were put into place, handing Fangio victory ahead of Kling, with Robert Manzon’s Ferrari third. Hans Herrmann would likely have made it a one-two-three for the Silver Arrows had his engine not failed after 19 laps; he had to be content with the point for the fastest lap. 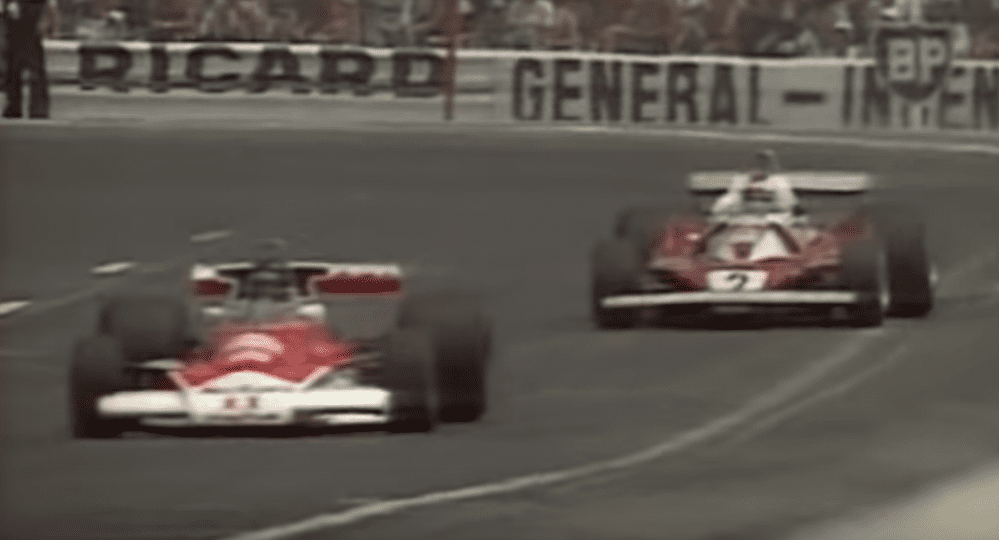 1993 French Grand Prix
Alain Prost won his home race for the sixth time in his career as he also became the first F1 driver to notch up 100 podiums. His Williams teammate Damon Hill was a close second with Michael Schumacher third.

2004 French Grand Prix
It looked like the mighty Ferrari was on its way to being beaten by Renault again – this time courtesy of Fernando Alonso. The Spaniard had put it on pole and led the early stages, and at half-distance looked like nothing could stop him. However, Ferrari and Ross Brawn hatched an unusual strategy for Michael Schumacher which would give him the chance of a win – four pit stops, the first time such a strategy had even been intentionally used.

To add insult to injury, Jarno Trulli pretty much fell asleep on the last lap and allowed Rubens Barrichello to pass him in the penultimate corner, putting two Ferraris on the podium instead of two Renaults. It would be the last points he scored all year and the incident contributed heavily toward him being sacked before the end of the season – even though he’d outscored Alonso. 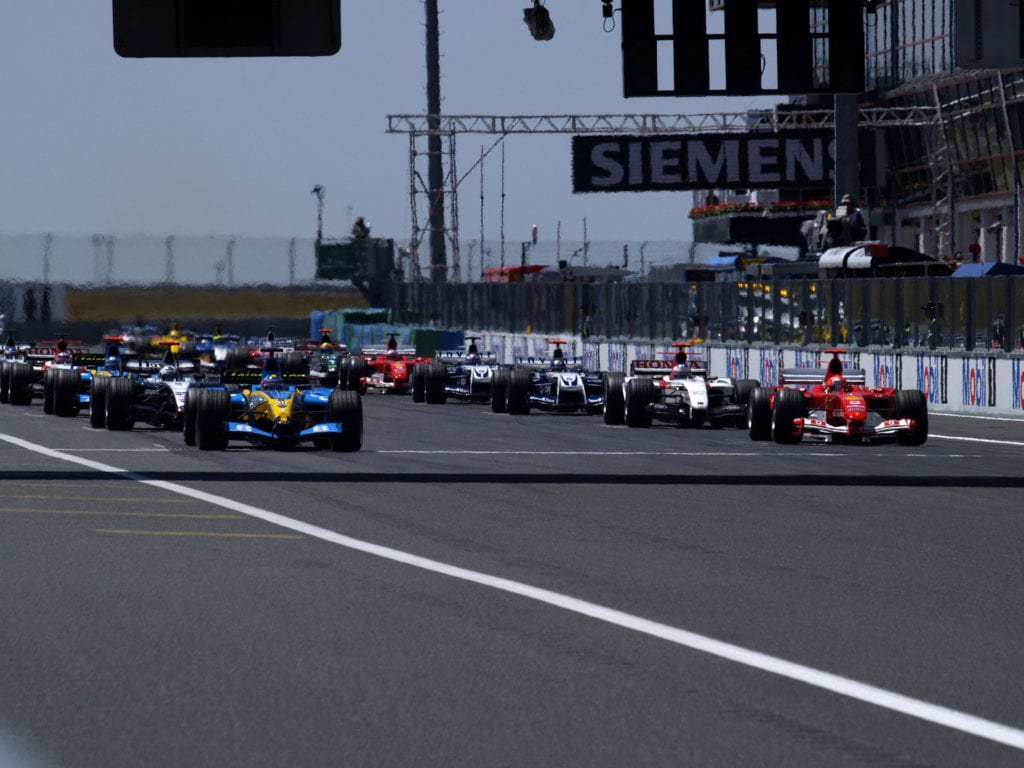 Birthdays
Ernst Loof (born 1907) holds the rather unfortunate record of the shortest distance travelled during an F1 career (of all drivers to have qualified for a race, anyway). In his only race, the 1953 German GP, Loof’s car broke down pretty much as the flag dropped, barely moving from his grid position before being forced to retire.

Wolfgang Seidel (born 1926) also made his debut in the 1953 German GP but ended up having a rather longer F1 career – albeit after a five-year gap until his second race, the 1958 Belgian GP. Seidel ended up starting 10 races (often entering his own cars) with a best finish of ninth at Monza in 1960, but in 1962 he had his racing licence withdrawn after officials had become increasingly concerned with the safety of his cars.

The incredibly fast René Arnoux (born 1948) made his debut with the Martini team in 1978 before joining Renault the following year. Aside from his epic battle in Dijon with Gilles Villeneuve, Arnoux won four races for the team, but a falling out with Alain Prost caused him to leave and join Ferrari for 1983. 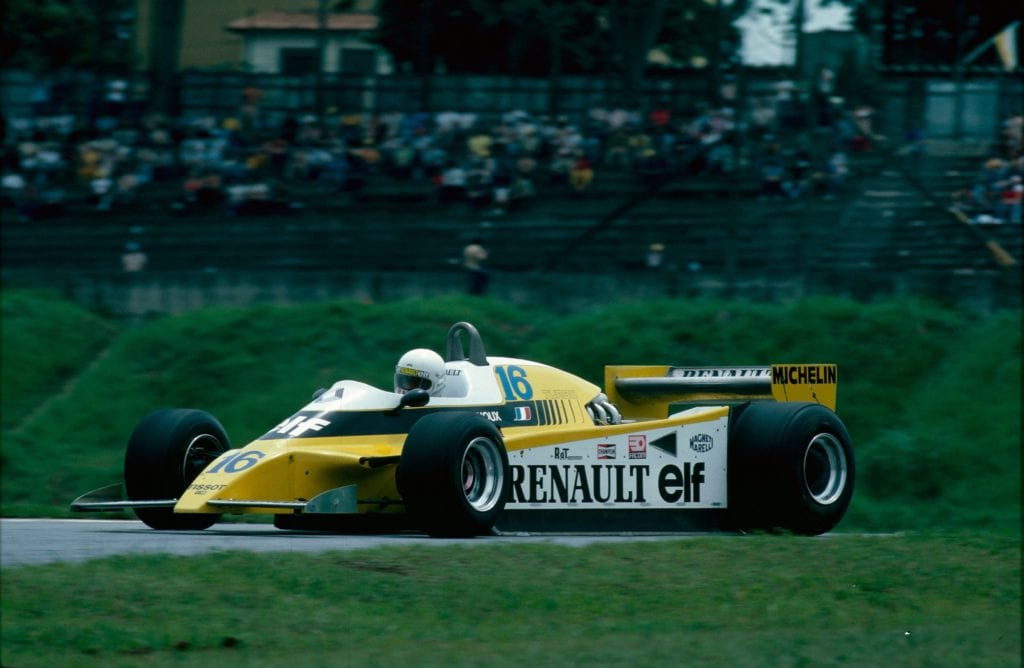 He came close to winning the title that year, but his performances dropped off and he left the team just one race into 1985, the reasons for which have never been fully explained. In 1986 he returned with Ligier but ended up becoming little more than an incredibly difficult backmarker before retiring at the end of the year. Arnoux took pole position 18 times during his career – the most of any driver who isn’t a world champion.

Roland Ratzenberger (born 1960) was a relative latecomer to F1 when he joined Simtek for 1994. He failed to qualify for his first race, finished 11th in the Pacific GP and then, tragically, he died during qualifying for the third race of the season at Imola.

Jan Magnussen (born 1973) was surrounded by hype when he entered F1 after having one of the most impressive junior formula careers ever, which included breaking Ayrton Senna’s win record in British F3. After a one-off race subbing for Mika Hakkinen at McLaren in 1995, Magnussen joined the new Stewart team full-time in 1997. However, he couldn’t replicate his earlier potential and didn’t score a point until the 1998 Canadian GP, at which point he was dropped. 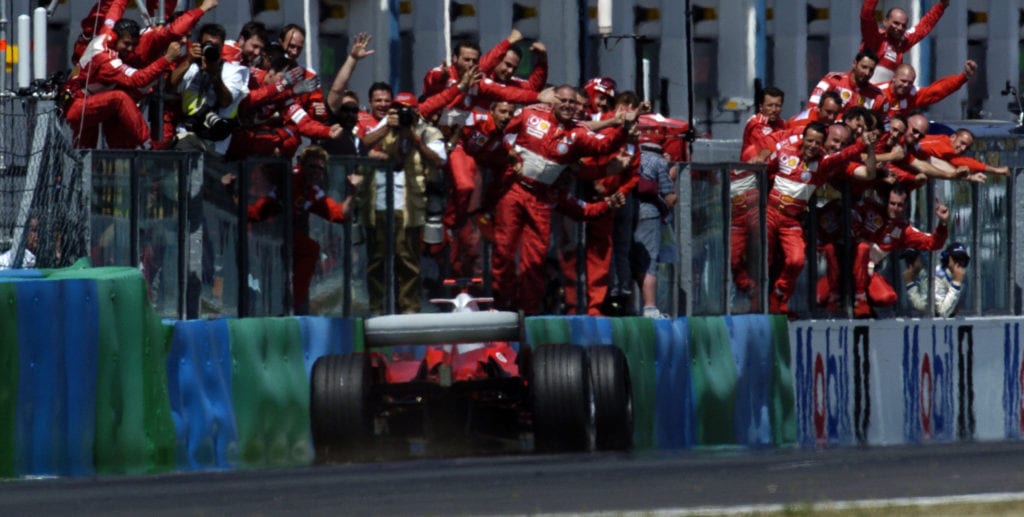