On This Day In F1 - Ferrari Won Its First Constructors' Championship - WTF1
Skip to content
×
Formula 1 , On This Day

1961 British Grand Prix
Wolfgang von Trips led home Phil Hill and Richie Ginther for a Ferrari one-two-three – such was the team’s dominance it was enough to clinch Ferrari its first Constructors’ Championship with three races left to run. This was also the final time a front-engined car was entered for a championship F1 race as Jack Fairman raced the four-wheel drive Ferguson P99. He had been running well in the wet early stages of the race but slipped to the back as the circuit dried out. Stirling Moss took over the car at half distance but was disqualified for receiving a push start.

1967 British Grand Prix
Jim Clark won his home race for the fifth and final time after teammate Graham Hill retired from the lead late on with engine failure. Denny Hulme finished second for Brabham with Chris Amon third in a Ferrari.

1972 British Grand Prix
Jacky Ickx had dominated the race until his Ferrari lost oil pressure, causing him to drop out while leading. That handed the win to Emerson Fittipaldi, who saw off Jackie Stewart in the Tyrrell and Peter Revson in a distant third. 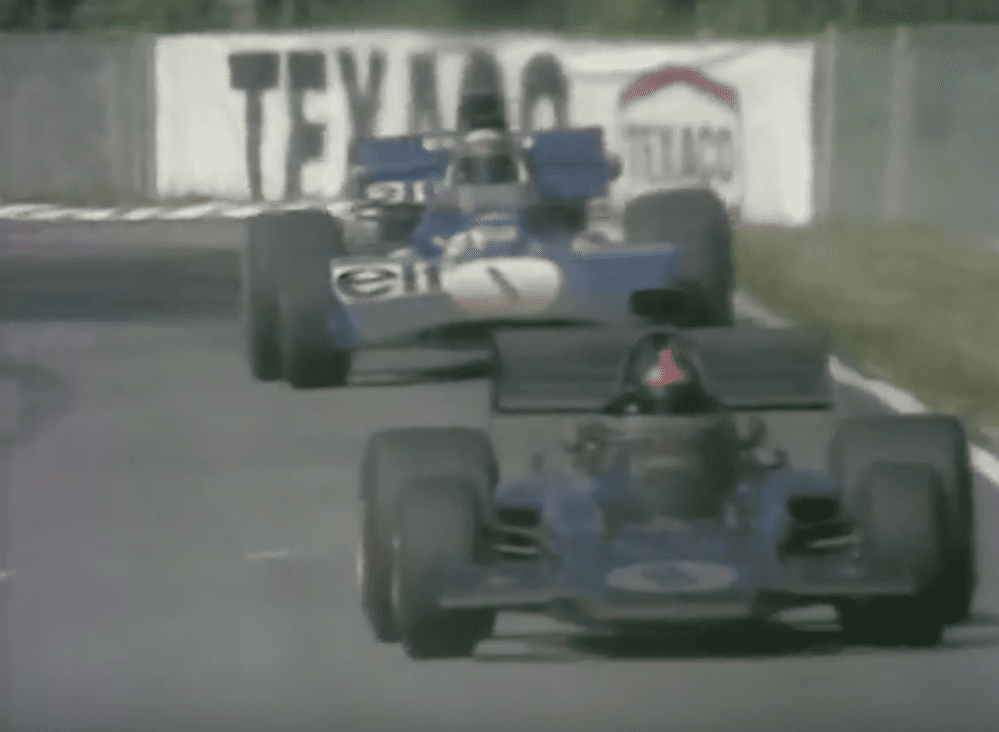 1990 British Grand Prix
Nigel Mansell was so unhappy at losing a possible win due to a gearbox failure and being overtaken by Alain Prost that he announced after the race that he was going to retire at the end of the season (he later decided not to when Frank Williams made him an offer he couldn’t refuse).

Prost therefore won the race and with it took the championship lead, finishing well ahead of Thierry Boutsen and Ayrton Senna. It was also a good race for some of the backmarker teams as the aero of their cars worked well on the high speeds of Silverstone. Ivan Capelli in the Leyton House made his way up to third and was catching the leader before his car broke down, while Eric Bernard and Aguri Suzuki finished fourth and sixth for Larrousse – the only time the team managed to get both cars in the points in its eight-season history.

2001 British Grand Prix
Mika Hakkinen won his first race of the season in a surprisingly dominant fashion, beating Michael Schumacher by over half a minute having taken the lead from him on the fifth lap. Rubens Barrichello finished third, while David Coulthard lost his chance to make it three British GP wins in a row when he was tagged by Jarno Trulli’s Jordan on the opening lap, later causing his suspension to fail. 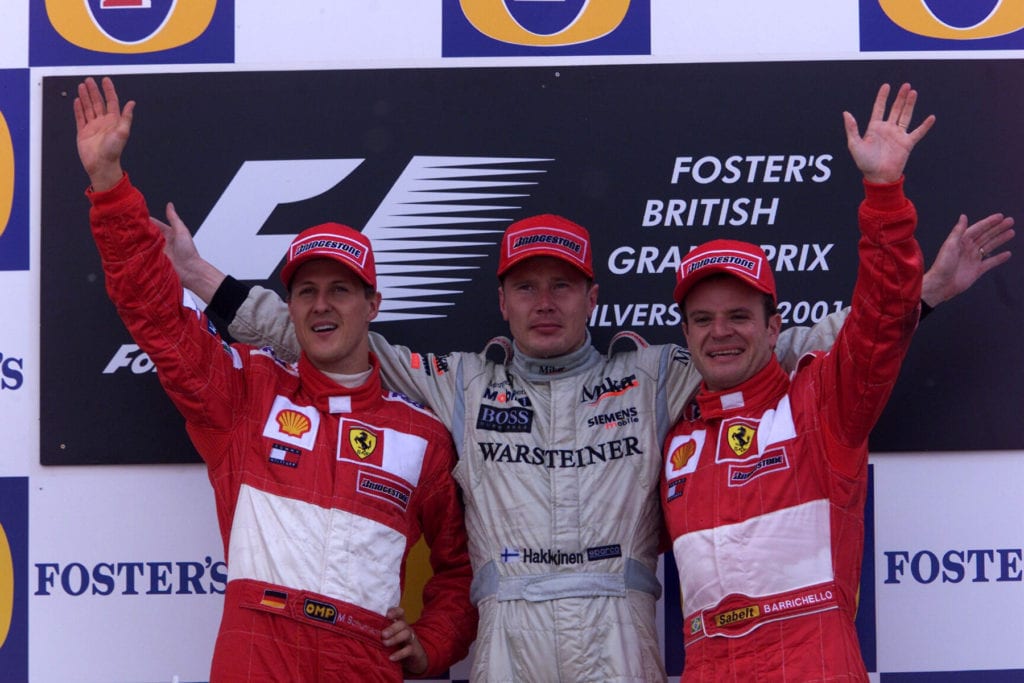 Birthdays
Prince Birabongse Bhanudej Bhanubandh (born 1914), better known as Prince Bira of Siam (now Thailand) was the first Thai driver in Formula 1 and raced extensively in grands prix before and after the Second World War. He started 19 World Championship races between 1950 and 1954, his best results being a pair of fourths, before going on to become an Olympic sailor.

Ian Stewart (born 1929) started just a single race, the 1953 British GP, where he retired after 24 laps with an engine failure.