On This Day In F1 – Ferrari Won Its First Grand Prix – WTF1
Skip to content
×
Formula 1 , On This Day

On This Day In F1 – Ferrari Won Its First Grand Prix

1951 British Grand Prix
For the first time in world championship history, a Formula 1 race was won by a car other than an Alfa Romeo. Jose Froilan Gonzalez made the most of both his Ferrari’s strong pace and better fuel consumption to take the first win for the Scuderia, with Juan Manuel Fangio second and Luigi Villoresi in third.

1956 British Grand Prix
Juan Manuel Fangio had to put on a bit of a charge to recover after dropping down with an early spin. 69 laps into the 100-lap race he took the lead from Stirling Moss and went on to win; Moss had to retire from second six laps from the end, promoting Peter Collins and Alfonso de Portago to second in a shared drive with Jean Behra third.

1973 British Grand Prix
Jody Scheckter was already on slightly thin ice following some aggressive driving in previous rounds, but Silverstone was the final straw. On the first lap, he spun his McLaren coming out of Woodcote, triggering a nine-car pile-up which left Andrea de Adamich with a broken ankle, ultimately ending his F1 career. The drivers demanded Scheckter be banned from racing, McLaren responded by resting the fast-but-wild Scheckter for a few rounds.

Once the race was restarted, Peter Revson was able to overcome Ronnie Peterson’s Lotus and win his first grand prix, with Peterson second and Denny Hulme third. However, perhaps the most impressive drive came from James Hunt. Competing in just his third F1 race, he featured in the fight at the front, set the fastest lap of the race, and at one point was on for a podium until Hulme passed him, leaving Hunt to finish a still-impressive fourth.

1991 British Grand Prix
Nigel Mansell totally dominated his home race, finishing 42 seconds ahead of Gerhard Berger with Alain Prost in third. Ayrton Senna had been running second for the whole race until he was left stranded when he ran out of fuel on the final lap. As disappointing as that would have been for him, it led to one of F1’s most iconic moments – in the midst of celebrating his win, Mansell stopped, picked Senna up, and gave him a lift back to the pits on the side of his Williams.

1996 British Grand Prix
Damon Hill couldn’t add a home victory to what would be his championship year when he made a bad start and then spun out following an issue with one of his wheels. Jacques Villeneuve capitalised to win the race ahead of Gerhard Berger and Mika Hakkinen as both Ferraris retired with the usual technical issues.

2019 British Grand Prix
Lewis Hamilton took a record sixth home race victory after beating teammate Valtteri Bottas following a rather spicy battle for the lead. Charles Leclerc ended up third after his own epic battle with Max Verstappen, but the Dutchman’s race was spoiled when Sebastian Vettel crashed into the back of him, severely damaging his car. He ended up fifth behind Pierre Gasly, while Vettel finished down in 16th.

Birthdays
Chico Landi (born 1907) became the first Brazilian F1 driver when he competed in the 1951 Italian GP, driving a Ferrari. He started six races in his F1 career, the last of which came in the 1956 Argentine GP – race in which he also scored his best result when he finished fourth in a shared drive with Gerino Gerini. 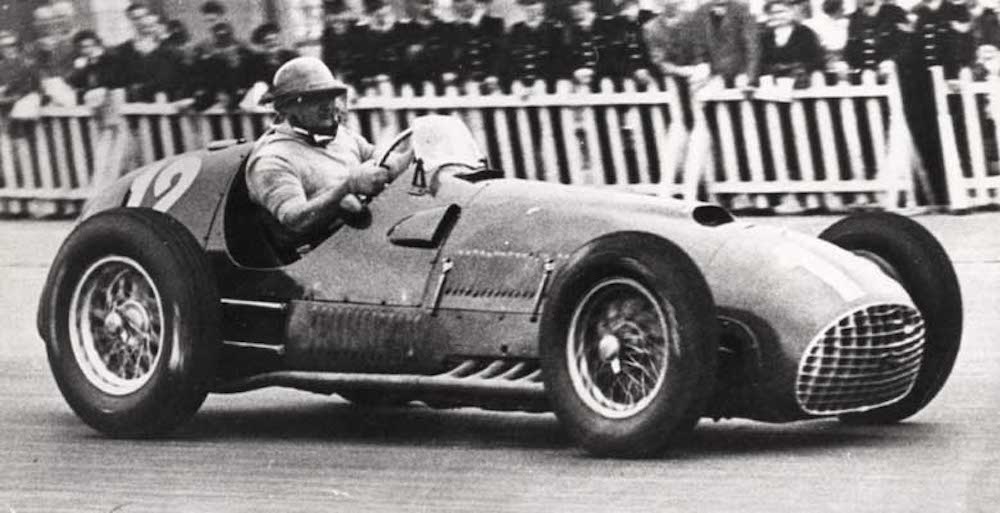