On This Day In F1 – Ferrari’s First Grand Prix Winner Was Born – WTF1
Skip to content
×
Formula 1 , On This Day

1969 United States Grand Prix
Jochen Rindt took his first victory with a dominant performance, but Lotus teammate Graham Hill was lucky to survive after a high-speed puncture threw him clear of the car. A few laps beforehand he’d spun on oil and had to get out in order to push start his car and couldn’t redo his belts up properly afterwards.

His legs were badly broken in the crash and it was thought that he’d never race again. Remarkably, he did – though he wasn’t the same driver and would never grace a podium again.

1975 United States Grand Prix
Ferrari took team orders to the next level as Niki Lauda battled for the win with McLaren’s Emerson Fittipaldi. As the pair came up to lap Clay Regazzoni (who’d lost time in the pits repairing damage), Lauda was allowed through easily, but Regazzoni then deliberately held up Fittipaldi for the next six laps. Officials took a dim view of this and black-flagged Regazzoni, but the damage had been done – by this point Lauda was 15 seconds up the road and went on to take victory.

1980 United States Grand Prix East
Alfa Romeo had been steadily improving all season, but even so, it was a little unexpected when Bruno Giacomelli qualified on pole and headed off into a comfortable lead. Unfortunately, a little over half distance, electrical failure ended his chances. Alan Jones went on to win ahead of teammate Carlos Reutemann, with Didier Pironi in third.

2014 Japanese Grand Prix
Lewis Hamilton won in typhoon conditions to extend his championship lead over Nico Rosberg, but the event was completely overshadowed by the accident of Jules Bianchi, who’d gone off and collided with a recovery vehicle which was attending to Adrian Sutil’s Sauber. Nine months later he succumbed to his injuries.

Birthdays
José Froilán González (born 1922) had the rather unsavoury sounding nickname of ‘El Cabezon’ – or in English, ‘fat head’ – owed part due to his rather… erm… large head.

As well as being one of the best drivers in the early years of the championship (third overall in 1951, second in 1954) he was also the first driver to win a grand prix for Ferrari, at Silverstone in 1951 – some record to have! He also won the British GP in 1954 and started the last of his 26 races at his home race in Argentina in 1960.

Mario Andretti’s son Michael (born 1962) was mega in IndyCar, but his sole F1 season with McLaren in 1993 didn’t go brilliantly. Though he occasionally showed good speed, he never quite managed to adapt to the car and its active suspension. He finally managed his first podium at Monza that year but it was agreed he’d leave the team after the race, being replaced by Mika Hakkinen.

Kevin Magnussen (born 1992) got his F1 chance with McLaren in 2014. Things started off brilliantly with second place in Australia but the rest of the season was less successful and he was dropped from a race seat the following year. He returned with Renault in 2016 and joined Haas the following year, where he’s developed a reputation as a fast, uncompromising driver who’ll tell people to suck his balls if they don’t like it. 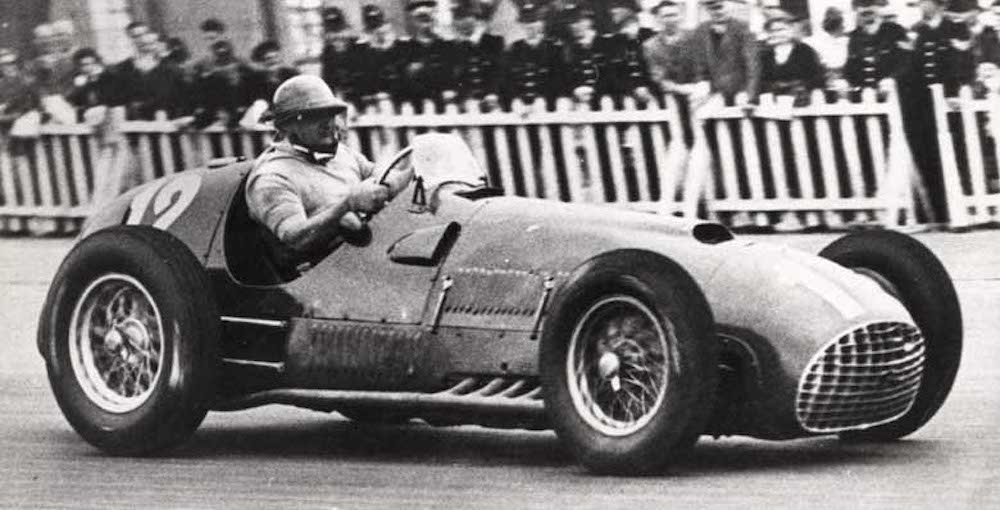