On This Day In F1 – Fittipaldi Pulled Off An Amazing Backflip – WTF1
Skip to content
×
Formula 1 , On This Day

On This Day In F1 – Fittipaldi Pulled Off An Amazing Backflip

1965 Italian Grand Prix
Jackie Stewart won his first grand prix after a race-long battle with his BRM teammate Graham Hill. During the race the lead changed an astonishing 38 times as Jim Clark and John Surtees were both also in the hunt before dropping out with car issues.

1976 Italian Grand Prix
Ronnie Peterson took his only win of the season ahead of Clay Regazzoni and Jacques Laffite. However, the real story was the guy who finished fourth – Niki Lauda. Just six weeks after being horrifically burned in a crash at the Nurburgring, Lauda amazingly qualified fifth and finished fourth, extending his championship lead over James Hunt.

1982 Italian Grand Prix
In a way, this race had an all-Ferrari podium. René Arnoux won for Renault, but announced during the weekend that he’d signed for Ferrari for 1983. Actual Ferrari drivers rounded out the podium with Patrick Tambay second and Mario Andretti third, the final podium of his career.

1993 Italian Grand Prix
Alain Prost had to wait for yet another race to clinch his fourth championship. He lad the whole race when, five laps from the end, his engine blew. That handed teammate Damon Hill his third consecutive win as Jean Alesi gave Ferrari its best result for over two years with second.

In third was McLaren’s Michael Andretti. He’d endured a tough debut season and his maiden podium could have been a turning point, but it turned out to be his final race – he and the team agreed to part ways, and Mika Hakkinen replaced him for the rest of the season. Riccardo Patrese’s fifth place turned out to be the final points finish of his long career.

This was also the race which saw one of the most spectacular finishes ever as Christian Fittipaldi backflipped across the finish line when his Minardi teammate Pierluigi Martini unexpectedly backed off.

1999 Italian Grand Prix
Mika Hakkinen was dominating the race when he inexplicably spun out of the lead. Angry and upset, he burst into tears at the side of the track. Title rival Eddie Irvine couldn’t capitalise and only finished sixth as Heinz-Harald Frentzen won for Jordan – putting himself well in the championship fight.

2004 Italian Grand Prix
A race that proved just how depressingly dominant Ferrari was in 2004. On a damp but drying track, Rubens Barrichello dropped back after choosing the wrong tyres, whilst Michael Schumacher was dumped to last after spinning on the first lap.

So who would win? Fernando Alonso? Jenson Button? Juan Pablo Montoya? Nope – both Ferrari’s cruised back through to the front of the field as Barrichello led home a Ferrari one-two.

2010 Italian Grand Prix
Fernando Alonso’s first time at Monza in Ferrari colours turned out to be a good one after a tense, race-long battle with McLaren’s Jenson Button. Button was running an unusual high-downforce set-up, relying on his McLaren’s ‘F-duct’ to make up for the speed deficit. He took the lead at the start and led until the pit stops, but Alonso went a lap longer and managed to jump ahead after his stop, going on to win. Felipe Massa added to the Tifosi’s joy by finishing third.

Birthdays
Eddie Keizan (born 1944) was one of the many South African drivers who frequently bulked up the grid at the South African GP in the 1960s and 1970s. He drove in the race from 1973-75 with a best result of 13th.

After failing to qualify a RAM for his home race in 1983, Jean-Louis Schlesser (born 1948) continued to dovetail his sportscar career with Williams testing duties. He was called up as a stand-in for Nigel Mansell at the 1988 Italian GP and went down in history as being the man that denied McLaren a clean sweep of wins that year when he took Ayrton Senna out of the lead. 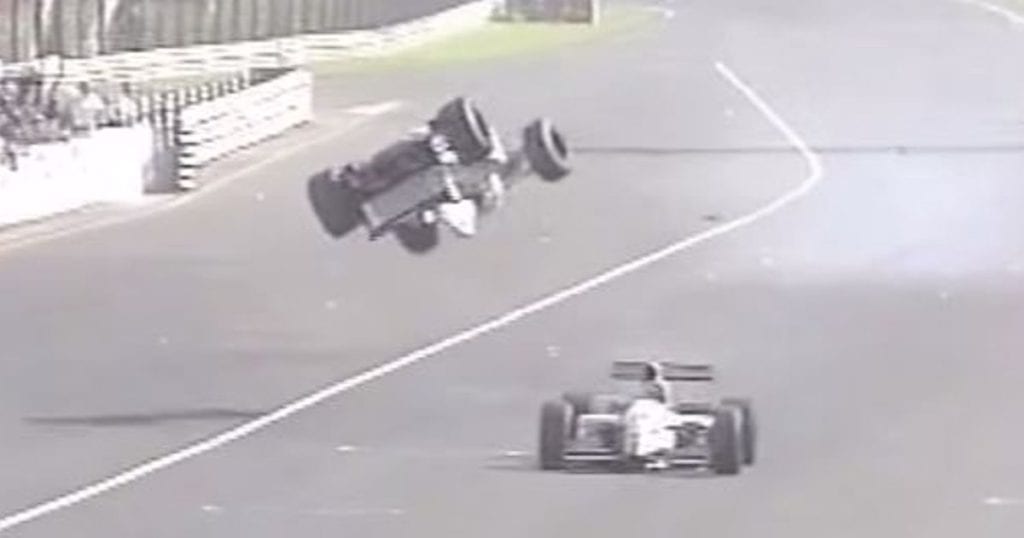