On This Day In F1 – Gerhard Berger Trolled The Field – WTF1
Skip to content
×
Formula 1 , On This Day

On This Day In F1 – Gerhard Berger Trolled The Field

1988 Australian Grand Prix
Before the race started, Gerhard Berger told Alain Prost that he was going to overtake him, but he wouldn’t have to worry about it. What was he on about? After all, this was the season where McLaren was untouchably fast and only unusual luck had prevented the team from winning every race up to this point.

As the race got underway, Berger stayed true to his word. He took third from Nigel Mansell at the start, and a couple of laps later had nabbed Ayrton Senna, too. He then caught and passed Prost and shot off into the lead. What was going on? Had Ferrari found some pace in the car? For 12 laps, Berger carved out a lead and showed little sign of slowing down until he came up to lap René Arnoux. Arnoux hadn’t seen him, Berger crashed into him, and was out.

Had Arnoux’s usual trick of not using his mirrors cost Ferrari a race win? No. Berger and Ferrari had nothing to gain or lose in the championship and decided it would be better to go out in a blaze of glory than trundle round being beaten by McLaren again. Both Berger and Michele Alboreto (who retired on the first lap) had their turbo boost cranked up to the max. There was no way they’d get to the end, but they’d have more fun. Berger later admitted that his brakes had been cooked by his searing pace and that his race-ending collision was essentially his own fault.

Prost and Senna carried on to a crushing one-two, despite Prost having severe handling issues and Senna struggling with his gearbox. Nelson Piquet finished third, some 47 seconds behind the winner. It was the last time the original Team Lotus would finish on the podium.

1994 Australian Grand Prix
We all know this one, right? Michael Schumacher hit the wall while leading. Damon Hill tried to pass him. Schumacher turned in. They collided. Both cars were out. Was it deliberate? Should Hill have been more patient? It didn’t matter – Schumacher had clinched the first of his seven championships by a single point. With the two title protagonists out Nigel Mansell claimed victory, the 31st and last one of his career.

2011 Abu Dhabi Grand Prix
Sebastian Vettel took his 14th pole of the season but was put out of the race with a puncture after just two corners. Lewis Hamilton capitalised to take victory ahead of Fernando Alonso, with Jenson Button third and Mark Webber fourth.

2016 Brazilian Grand Prix
Max Verstappen put on an absolute beast of a display in horribly wet conditions. After putting a brilliant pass on Nico Rosberg for second around the outside of Turn 3, he was able to save an absolutely enormous slide through the kinks on the pit straight. A late pit stop for intermediate tyres turned out to be the wrong call and after putting the full wets back on he was down in 14th place with 17 laps to go. He went on an absolute rampage, gaining pretty much a position a lap, and managed to finish third with the kind of drive you’d speak about in the same breath as Senna at Donington in 1993 and Schumacher at Spain in 1996.

Up at the front, Lewis Hamilton was also quietly excellent to take the win, with Nico Rosberg finishing second to stay on course to win the championship.

Birthdays
Masahiro Hasemi (born 1945) only took part in one race – the first Japanese GP in 1976 – but made quite an impact. Driving a Kojima, he was among the fastest drivers in qualifying but ended up 10th after a crash. In the race he couldn’t quite replicate his qualifying performance but did set the fastest lap – though it later turned out to have been a timing error.

Lando Norris (born 1999) rocketed through the junior series and moved up to F1 with McLaren in 2019. He had an impressive rookie season, frequently demonstrating the kind of pace that has marked him out for a long career in the sport, and his off-track meme expertise has helped gain him legions of fans. 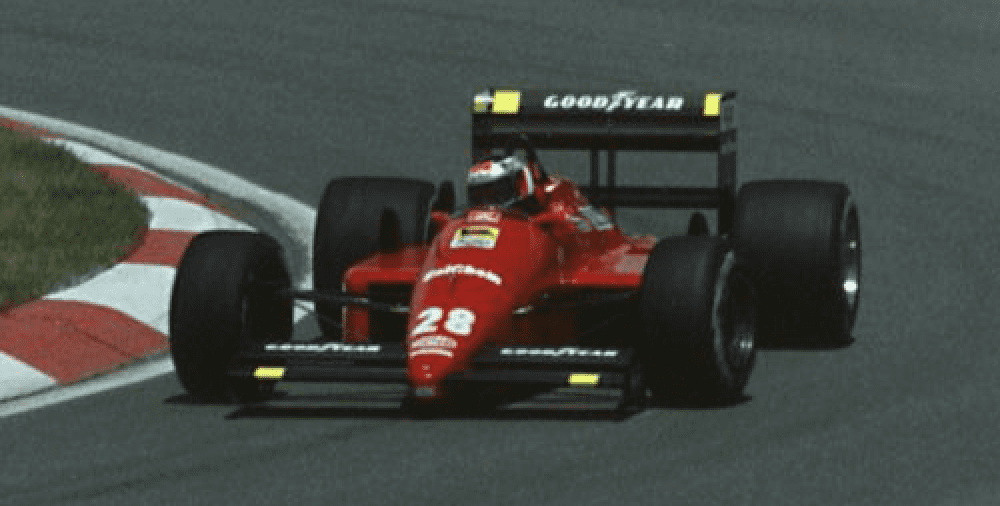