On This Day In F1 – Gilles Villeneuve Made His F1 Debut With McLaren – WTF1
Skip to content
×
Formula 1 , On This Day

1955 British Grand Prix
Stirling Moss won his first grand prix after an epic battle with teammate Juan Manuel Fangio, who finished second. However, there was some minor controversy – Moss felt that on the final lap, Fangio had deliberately backed off in order to allow him to win his home race, something Fangio always denied. Karl Kling and Piero Taruffi finished third and fourth, making it a Mercedes one-two-three-four, while Fangio had secured enough points to win his third world championship

1960 British Grand Prix
Graham Hill had looked set to score his first F1 victory having taken the lead from Jack Brabham. However, Brabham kept close behind and under pressure, Hill span out with six laps remaining. Brabham won ahead of John Surtees (driving in just his second grand prix) and Innes Ireland – a result which won Cooper its second constructors’ title.

1966 British Grand Prix
For the first time since 1961, the British GP was won by somebody who wasn’t called Jim Clark as Jack Brabham led Denny Hulme in a Brabham one-two. Graham Hill finished third, while Bruce McLaren finished sixth to score the first points for a McLaren chassis.

1977 British Grand Prix
James Hunt won his home race for the first time as, unlike in the previous season, this time he wasn’t disqualified. Niki Lauda finished second with Gunnar Nilsson third, but the star of the race was Gilles Villeneuve. Hunt had seen how quick he was during a Formula Atlantic race and convinced McLaren that they needed to give him an opportunity. Driving an older spec chassis, Villeneue qualified ninth (ahead of Jochen Mass in the current McLaren) and ran seventh at the start until he was forced to pit with an overheating car.

Once the team realised it was just a faulty temperature gauge, Villeneuve had lost two laps, but went back out anyway to complete the race in 11th, setting the fifth-fastest lap of the race. Despite his performance, McLaren bizarrely opted not to sign him full-time – a month later, Ferrari had snapped him up.

1978 British Grand Prix
Lotus looked set to dominate with their superb 79, only for Mario Andretti and Ronnie Peterson to have both dropped out with reliability issues by lap 28. Jody Scheckter then took the lead, only to drop out as well, leaving Niki Lauda looking set to win for Brabham. However, towards the end of the race he got caught behind a backmarker, allowing Carlos Reutemann to sneak through for the win.

1983 British Grand Prix
Alain Prost put in a typically canny performance for Renault to win the race ahead of Nelson Piquet and extend his championship lead. Patrick Tambay finished third for Ferrari while Nigel Mansell put in a stellar drive to drag his Lotus up from 18th on the grid to fourth at the finish.

1989 British Grand Prix
Ayrton Senna retained his lead from pole position at the start of the race until he spun off on lap 12, leaving Alain Prost to win easily from Nigel Mansell and Alessandro Nannini. Pierluigi Martini and Luis Perez-Sala finished fifth and sixth for Minardi, the only time the team managed to get both cars in the points (not counting the farce at Indianapolis in 2005).

1995 British Grand Prix
Having lost the lead during the pit stops, Damon Hill went for an audacious overtake on Michel Schumacher going into Priory with 15 laps to go. He came from a long way back and, somewhat predictably, it didn’t work – both drivers were left in the gravel and out of the race thanks to a move that Schmacher called “stupid”. That left the other Benetton of Johnny Herbert to take an emotional maiden win, with Jean Alesi second and David Coulthard third.

2000 Austrian Grand Prix
Mika Hakkinen and David Coulthard delivered a one-two for McLaren following a rather dominant weekend, with Rubens Barrichello a distant third. Michael Schumacher had a miserable time after being taken out by Ricardo Zonta at the first corner, triggering a domino effect which resulted in Jarno Trulli and Giancarlo Fisichella also being taken out of the race.

2006 French Grand Prix
Having taken his 68th and final career pole position, Michael Schumacher won the French GP for the eighth time, establishing a record for the most wins at the same event which has yet to be beaten. Fernando Alonso finished second and Felipe Massa third.

2017 British Grand Prix
Lewis Hamilton crushed the opposition to win his fifth British GP and close to within one point of Sebastian Vettel in the championship. Vettel had been on course to finish third until both Ferraris dramatically suffered tyre failures and had to pit – Vettel’s dropped him from third to seventh, while Kimi Raikkonen only dropped from second to third, behind Valtteri Bottas. 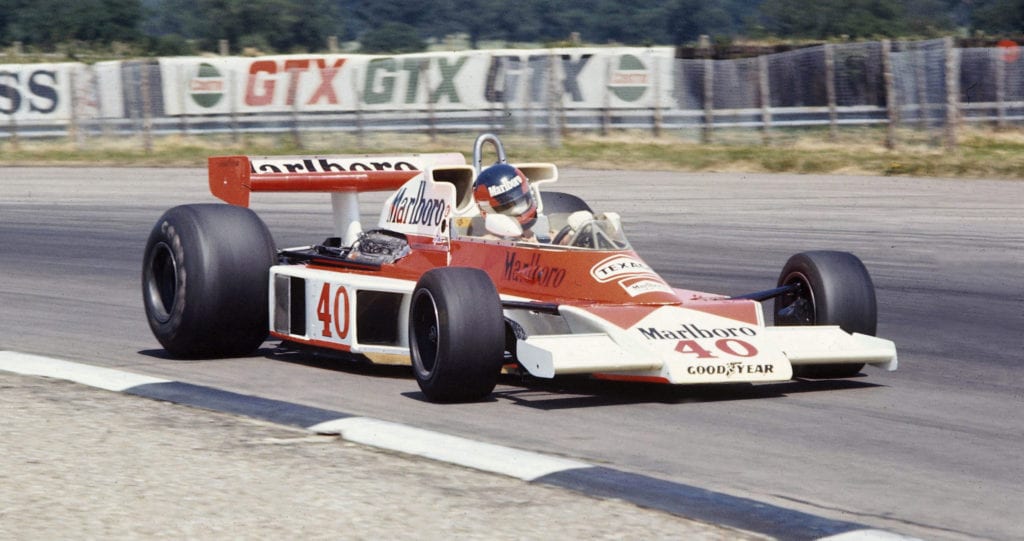