On This Day In F1 – Hamilton, Vettel, And Alonso Shared The Podium For The First Time – WTF1
Skip to content
×
Formula 1 , On This Day

On This Day In F1 – Hamilton, Vettel, And Alonso Shared The Podium For The First Time

2012 United States Grand Prix
The Circuit of the Americas made its first appearance on the calendar and immediately proved popular, it’s high-speed esses, long straights and immensely steep run to the first corner giving the track instant character.

The race was a cracker, too, as Sebastian Vettel and Lewis Hamilton ran nose to tail for pretty much the whole race. Vettel led most of the way until he got slightly held up by Narain Karthikeyan in the first sector, which allowed Hamilton to get close enough to pass on the back straight. Vettel remained close but couldn’t repass as Hamilton went on to take his final victory for McLaren.

Although Mark Webber retired and the Ferraris of Fernando Alonso and Felipe Massa finished third and fourth, Vettel’s second place was enough for Red Bull to clinch the constructors’ title.

Birthdays
Nasif Estefano (born 1932) started just one race, the 1960 Argentine GP, where he finished in 14th place, 10 laps behind winner Bruce McLaren. In 1962 he entered the Italian GP but failed to qualify, and in 1963 was scheduled to enter three more races but never turned up as his car apparently wasn’t ready. 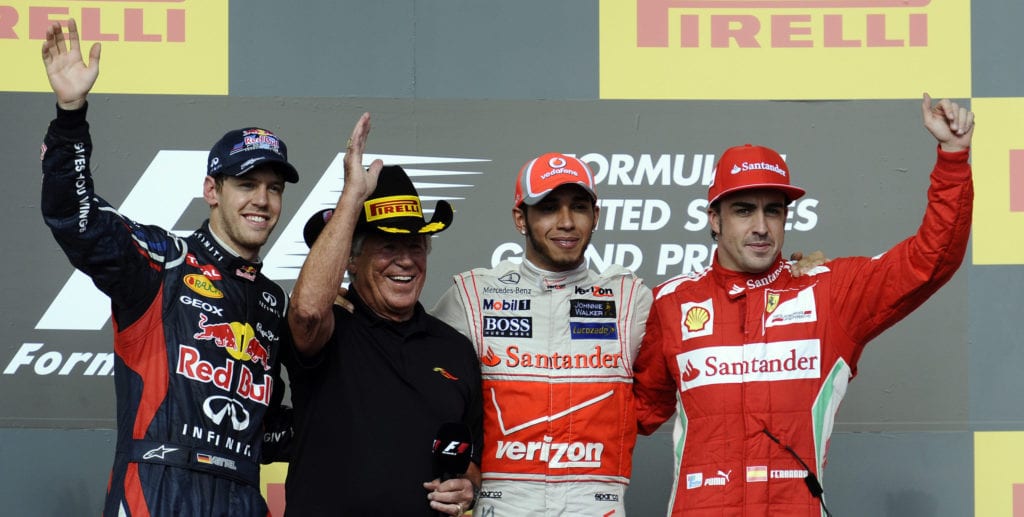