On This Day In F1 – Hamilton Won At Monaco Because He Hit The Wall – WTF1
Skip to content
×
Formula 1 , On This Day

1975 Belgian Grand Prix
Although Carlos Pace and Vittorio Brambilla set the early pace, both drivers had gone too hard, too soon and ended up slipping back and their tyres and brakes cried enough. Niki Lauda took the lead on lap six and never looked back, winning from Jody Scheckter and Carlos Reutemann.

1986 Belgian Grand Prix
Nigel Mansell won his first race of the season after teammate Nelson Piquet retired from the lead with turbo failure. Mansell has his own problems to overcome after dropping back with an early spin, but recovered to pass Ayrton Senna for the lead during the pit stops and win by almost 20 seconds.

Alain Prost had a superb recovery drive after a collision Gerhard Berger on the first lap. He pitted for repairs, dropping pretty much to last, and then recovered to sixth place to score a point. It doesn’t sound too remarkable – after all, he’s in a McLaren, right? The thing is, his steering had been badly bent in the accident and the engine mountings had been damaged, but despite having to steer heavily to the left just to go straight, he was consistently the fastest driver on the track all race, his fastest lap almost six-tenths quicker than anyone else’s.

1997 Spanish Grand Prix
On a day where the Bridgestone tyres worked better than the Goodyear’s used by most of the front-running teams, Olivier Panis and the Prost team once again proved that they could be genuine contenders as the Frenchman put Jacques Villeneuve under big pressure for victory. Panis had made his way up from 12th on the grid to second by the final round of pit stops and started taking well over a second a lap out of Villeneuve up front. However, with 15 laps to go, Panis lost time lapping first Ralf Schumacher, and then Eddie Irvine. The Ferrari driver completely ignored the blue flags in an attempt to allow Michael Schumacher (who was fourth at the time) to catch up to both Panis and third-placed Jean Alesi.

Irvine earned himself a stop-go penalty for his actions, but the damage was already done. Panis lost six seconds in the incident and Villeneuve was able to carry on untroubled for the win, while Panis had to settle for a still-brilliant second. By the end of the race he was just under six seconds behind Villeneuve, suggesting that without the traffic problems he might have been able to challenge the Canadian in the closing stages. Ironically, if Irvine had simply let him go and Panis had beaten the Williams, then it would have done Schumacher’s title chances much better than if he’d simply passed Alesi…

2008 Monaco Grand Prix
Monaco. In the wet. Felipe Massa vs Lewis Hamilton. There was only ever going to be one winner in those conditions, right? Well… sort of. Massa led the early stages rather easily to the point where Hamilton tagged the wall at Tabac trying to keep up, puncturing his tyre. This forced him into an early stop and, slightly fortuitously, onto the perfect strategy. McLaren loaded his car up with fuel, and the combination of a safety car to close up the gaps, a drive-through penalty for Kimi Raikkonen, Massa making a slight mistake at Ste Devote, and some fast, consistent laps by Hamilton put him in the perfect position. His long middle stint allowed him to pit for dry tyres at the ideal time and he went on to win ahead of Robert Kubica and Massa.

The recovering Raikkonen became F1’s villain for a bit as he shovelled Adrian Sutil’s Force India – at the time F1’s slowest team which had never scored points before – out of fourth place in the closing stages after the Finn got it all wrong under braking for the chicane.

2014 Monaco Grand Prix
Nico Rosberg won and Lewis Hamilton lost pace in the closing stages as a result of getting dirt in his eye, but the story of the race was Jules Bianchi in his Marussia. He drove through the field from 21st on the grid, including a superb pass on Kamui Kobayashi at Rascasse, and ended up finishing a sensational eighth on the road, which became ninth following a five-second penalty for an earlier infringement. It was the first time any of the ‘new’ teams which had joined F1 in 2010 has scored a point and the performance marked Bianchi out as a future star which, tragically, would never be realised.

Birthdays
There’s always a bit of a weird feeling surrounding those few days between Christmas and New Year, so Mike Harris (born 1939) decided to kill time by entering the 1962 South African GP, which took place on 29 December that year. Driving a privately-entered Cooper, Harris qualified 15th and was running 10th when his engine failed, putting him out of what would be his only world championship race. 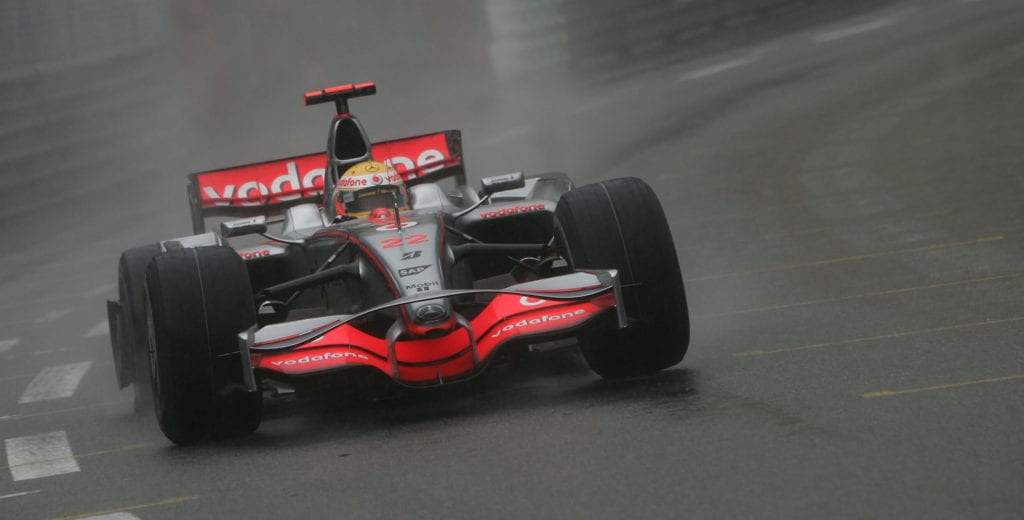