On This Day In F1 – Heikki Kovalainen Joined Hamilton At McLaren – WTF1
Skip to content
×
Formula 1 , On This Day

On This Day In F1 – Heikki Kovalainen Joined Hamilton At McLaren

News
The decision for Fernando Alonso to leave McLaren at the end of 2007 left the team in a bit of a pickle as most of the top drivers had already committed to teams for 2008. In the end, McLaren went for 26-year-old Heikki Kovalainen, who’d come off the back of a relatively impressive debut season for Renault. Although things started off well enough, Kovalainen generally struggled to match the pace of teammate Lewis Hamilton and the gulf widened during their two years at the team together.

Birthdays
Bob Drake (born 1919) started just one race, the 1960 US GP at Riverside. He finished 13th driving a Maserati 250F – the last time the legendary car ever started a grand prix.

Antonio Giovinazzi (born 1993) had an unexpected debut with Sauber in 2017 when Pascal Wehrlein was unavailable to race due to injury. Although he was a little bit crashy he showed good speed, and after a couple of seasons working as a reserve driver for Ferrari and doing free practice sessions for Sauber and Haas, Sauber hired him as a full-time driver for 2019. With the team rebranded as Alfa Romeo, he initially struggled against teammate Kimi Raikkonen, but showed enough for the team to keep him on into 2020. 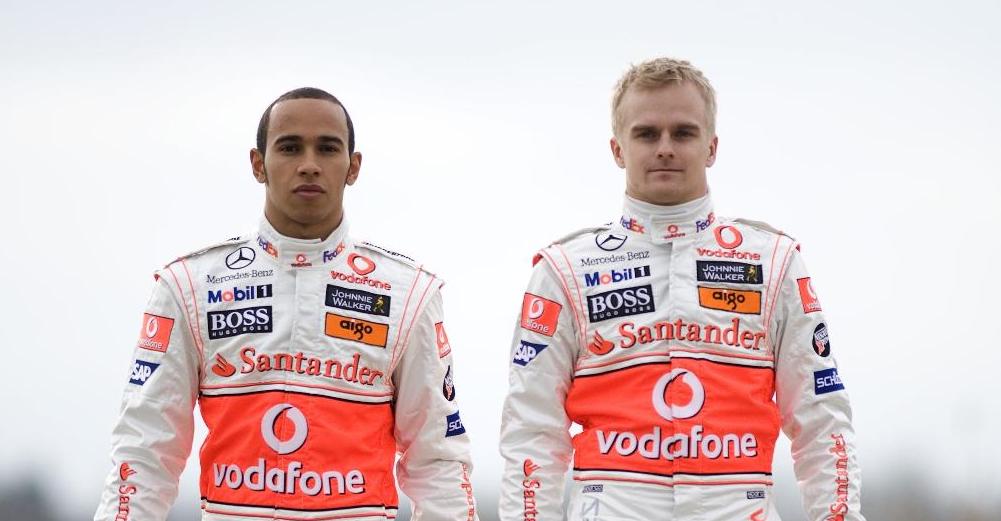