On This Day In F1 – Hill Won By Two Laps As Coulthard Crashed In The Pit Lane – WTF1
Skip to content
×
Formula 1 , On This Day

1995 Australian Grand Prix
In his last race for Williams, David Coulthard was comfortably leading Adelaide’s last F1 race when he came in for his first stop, only to understeer into the barriers at the pit entry and retire – a pit lane-related retirement only surpassed in embarrassment by Lewis Hamilton in Shanghai some 12 years later.

With Michael Schumacher out after a collision with Jean Alesi and almost every other front-runner also dropping out, Damon Hill was left to cruise to victory – and by a massive margin, too. He beat Olivier Panis by two laps, the largest victory gap since Jackie Stewart won the 1969 Spanish GP by two laps.

2017 Brazilian Grand Prix
Sebastian Vettel grabbed the lead from pole-sitter Valtteri Bottas at the start and went on to take victory, with Bottas second and Kimi Raikkonen third. After crashing in qualifying, Lewis Hamilton took a load of new power unit parts and elected to start from the pit lane. With no engine management to worry about he rocketed through the field to finish fourth, just 5.4 seconds away from the winner. 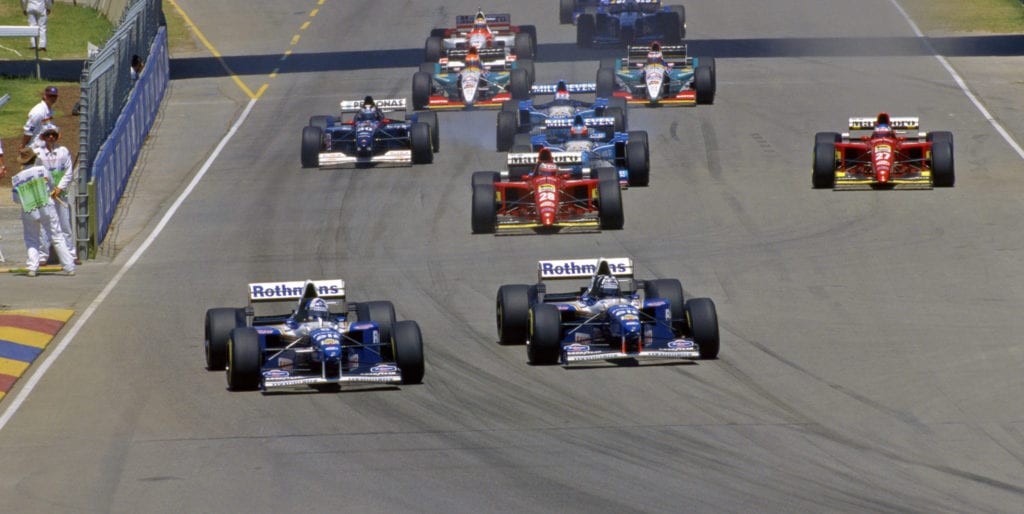