1975 Dutch Grand Prix
Having come close on a number of occasions before and scored multiple podiums, the James Hunt/Hesketh combination finally won a race after making the call to switch to slick tyres on a drying track at the exactly the right time. Niki Lauda closely followed Hunt for the second half of the race but couldn’t find a way past, ending up a close second. Ferrari teammate Clay Regazzoni finished third, the only other driver on the lead lap.

It was the only win for the unconventional Hesketh squad, which was funded by British aristocrat Lord Hesketh, run by a former F3 driver known as ‘Bubbles’, refused to take on any sponsorship, and had a penchant for partying. Not bad at all…

1986 Detroit Grand Prix
Ayrton Senna’s first street race win came on a day where his main rivals crashed out in their attempts to reel the Brazilian in. Nelson Piquet had lost the lead mid-race following a disastrously slow pit stop by the Williams team and three laps later crashed out. That left René Arnoux (in probably his last truly competitive drive before he fully committed to the role of ‘irritating backmarker’) second for Ligier and gaining on Senna, until a few laps later he hit Piquet’s stricken Williams.

Senna carried on to win after Nigel Mansell dropped to fourth with brake issues and Alain Prost nursed a misfiring McLaren to third; Jacques Laffite’s second place turned out to be the 32nd and final podium of his career.

2008 French Grand Prix
Kimi Raikkonen was probably on course to win the race until a broken exhaust scuppered his chances, allowing Felipe Massa to take the victory. Raikkonen was still able to finish second ahead of Jarno Trulli, who claimed an emotional podium for Toyota (the team’s first in well over two years), just a couple of weeks after former team boss had Ove Andersson died in a car accident.

Lewis Hamilton had a bad day – already on the back foot following a grid penalty for his Canadian pit lane shenanigans, he then copped a drive-through penalty on the opening lap for cutting a chicane and could only finish 10th.

2014 Austrian Grand Prix
Formula 1’s return to Austria at the rebranded Red Bull Ring was won by Nico Rosberg, who managed to jump the front-row starting Williams’ of Felipe Massa and Valtteri Bottas at the first round of stops. Lewis Hamilton went from ninth on the grid (after spoiling both of his qualifying laps in Q3) to second, while Bottas managed to beat his teammate and finish third.

Birthdays
Perhaps the most stereotypically British-sounding combination in F1 history, Robin Montgomerie Charrington’s (born 1915) sole grand prix came in an Aston Butterworth in the 1952 Belgian GP, where he retired with electrical issues. 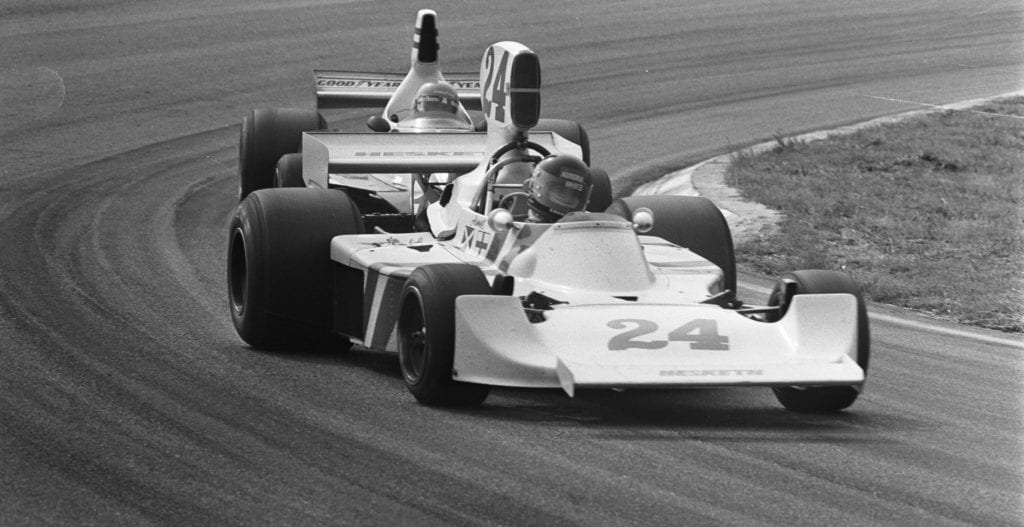