On This Day In F1 – Ickx And Rodriguez Lapped The Field In The Rain – WTF1
Skip to content
×
Formula 1 , On This Day

1971 Dutch Grand Prix
Two of the finest wet-weather drivers of all time, Jacky Ickx and Pedro Rodriguez, had an epic battle for victory around a wet Zandvoort. The duo quickly shot off in front, with Rodriguez’s BRM doing the bulk of the leading at first before Ickx in the Ferrari launched a counterattack. The lead changed hands a number of times over the space of a few laps before Ickx finally managed to pull ahead, winning by eight seconds. Such was their mastery of the conditions that they finished an entire lap ahead of third-placed Clay Regazzoni, and at least two laps ahead of everyone else. Sadly for Rodriguez, it would be his final podium – he died in a sportscar accident just a few weeks later.

2004 United States Grand Prix
Ralf Schumacher had an enormous accident on Indianapolis’s banking when a tyre failure sent his Williams backwards into the wall at high speed, leaving him with minor back injuries and a concussion which ruled him out of most of the rest of the season.

Despite having to watch medical teams attending to his brother during the long safety car period, Michael Schumacher was able to lead Rubens Barrichello home in a Ferrari one-two ahead of Takuma Sato, who scored the only F1 podium of his career. Jarno Trulli did a superb job for Renault, going from 20th on the grid (he had gearbox problems in qualifying) to fourth at the finish on a circuit he always ran well at.

Birthdays
Paul Pietsch (born 1911) was a prolific pre-war racer who also competed in three world championship race between 1950 and 1952, retiring from each of them. A highly successful publisher and journalist, Pietsch became the first F1 driver to reach the age of 100 and died in 2012, just a few weeks before his 101st birthday. 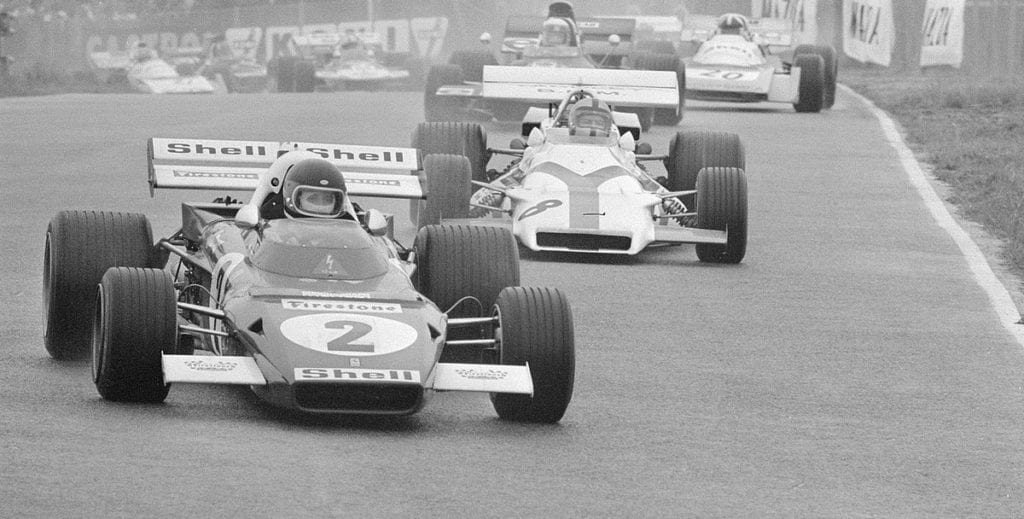