On This Day In F1 – Jacques Villeneuve Almost Won On His Debut – WTF1
Skip to content
×
Formula 1 , On This Day

1991 United States Grand Prix
Ayrton Senna took a comfortable win in the opening race of the season ahead of Alain Prost’s Ferrari and Nelson Piquet’s Benetton. It was a punishing race which saw a number of technical failures and only one team – Tyrrell – managed to get both of its cars to the end of the race. While it was the first race for Jordan and future champion Mika Hakkinen, it was the end of the road for F1 in the USA for almost a decade – the Phoenix street circuit wasn’t well loved or well-attended, and the sport wouldn’t return stateside until Indianapolis joined the calendar in 2000.

1996 Australian Grand Prix
Reigning CART champion and Indy 500 winner Jacques Villeneuve made an enormous splash on his debut for Williams in the first race at Albert Park. He took pole and set the fastest lap, leading for most of the distance, only to give up the lead to teammate Damon Hill with just a few laps to go. An earlier off had severed an oil pipe and in the end, Jacques was lucky to finish second. Still, it had been an incredible debut – even Hill said afterwards: “I am sure you could argue Jacques was the moral winner”.

Eddie Irvine finished third for Ferrari while Michael Schumacher had a rather muted debut for the Scuderia – as well as being outqualified by Irvine, he had to retire with brake issues just past half-distance.

The race itself had to be red-flagged on the first lap after Martin Brundle had a gigantic accident – the future commentating legend ran into the back of David Coulthard and Johnny Herbert at Turn 3 and sent his Jordan somersaulting into the gravel. Despite the spectacular crash he was able to run back and jump into the spare car for the restart – only to spin out on the second lap.

Birthdays
Hiroshi Fushida (born 1946) entered two races for the Maki team in 1975 but never actually made the grid. An engine failure in practice at Zandvoort ruled him out of the rest of the weekend, and at Silverstone a couple of races later he failed to qualify.

Toshio Suzuki (born 1955) started the last two races of the 1993 season for Larrousse. Though he finished both times, he generally qualified and raced towards the back of the grid and ended up continuing his career racing in Japan. 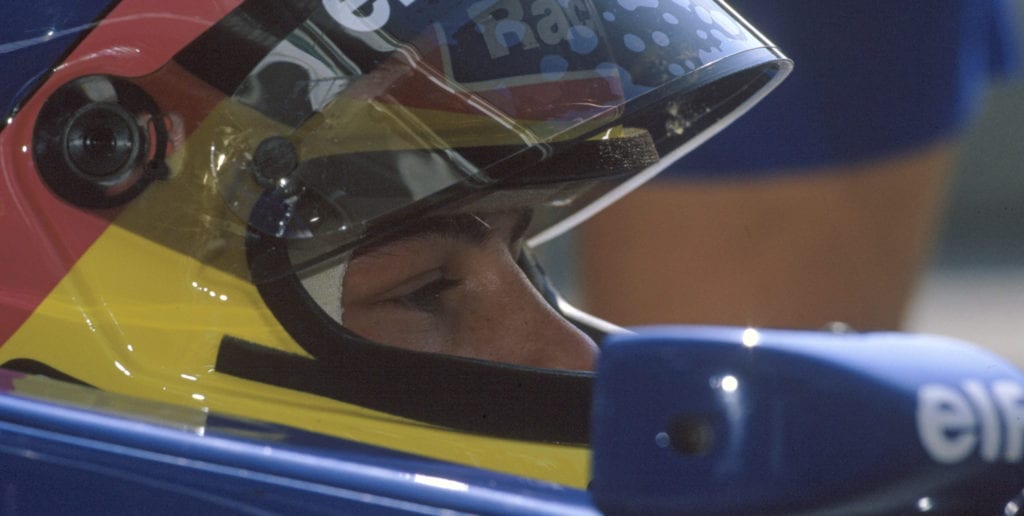