On This Day In F1 – Jacques Villeneuve Pulled Off A Ridiculous Overtake – WTF1
Skip to content
×
Formula 1 , On This Day

1968 Canadian Grand Prix
Denny Hulme led home Bruce McLaren for a McLaren one-two, putting Hulme level on point with Graham Hill (who only finished fourth) at the top of the championship. Other championship challengers had a bad weekend – Jackie Stewart was sixth, whilst Jacky Ickx broke his legs in a crash in qualifying.

1974 Canadian Grand Prix
Niki Lauda’s championship hopes ended when he crashed out of the lead with 12 laps to go having dominated the race. Emerson Fittipaldi won from Clay Regazzoni, putting the two level on points heading into the final race. Denny Hulme finished sixth, the final time he scored points in his career.

1991 Portuguese Grand Prix
Nigel Mansell had been chipping away at Ayrton Senna’s championship lead all season, but the wheels came off of his title challenge (literally) in Portugal following a dodgy pit stop. His wheel came off following a tyre change and although the team ran down and reattached it, they did so illegally. As a result he was disqualified from the race, pretty much handing Senna the title.

Riccardo Patrese won the race from Senna and Jean Alesi while Pierluigi Martini finished a brilliant fourth for Minardi. It equalled the teams best result (also achieved by Martini in San Marino earlier that year) and helped put the team seventh in the constructors’ championship – the best it would ever achieve.

1996 Portuguese Grand Prix
Before the race, Jacques Villeneuve claimed it would be possible to overtake somebody on the outside of the long, fast Parabolica corner. His mechanics said he’d end up in the barriers if he tried, but that didn’t deter Jacques, who of course tried to do so in the race – and pulled it off against none other than Michael Schumacher.

It was a key move as it gave him the clear air needed to jump both Jean Alesi and Damon Hill during the pit stops and go on to win. Everyone was buzzing from the move – apart from Schumacher, who thought it was too dangerous…

2013 Singapore Grand Prix
Sebastian Vettel won easily from Fernando Alonso and Kimi Raikkonen, who’d come through from 13th on the grid. After the race, there was a quality moment when Alonso gave a stranded Mark Webber a lift back to the pit lane. The fun police handed both drivers reprimands which was bad news for Webber – it was his third of the season, meaning a 10-place grid penalty for the next race.

Birthdays
As well as having the most British-sounding name in history, Philip Fotheringham-Parker (born 1907) drove in a single race, the 1951 British GP. Ian Raby (born 1921) entered a handful of races as a privateer in the 1960s, but only qualified for three and finished just one – at Silverstone in 1965, where he finished 11th. Richard Robarts (born 1944) completes the trio of Brits born on this day. He drove three races for Brabham at the start of 1974 with a best finish of 15th before losing his seat to Rikky von Opel, a driver who had more money. Well, the team was run by Bernie Ecclestone…

Franco Forini (born 1958) sounds like the kind of name you’d expect to have driven in the 1950s, but actually spent three races driving the Osella FA1I in 1987. He retired from two races and failed to qualify for the other. 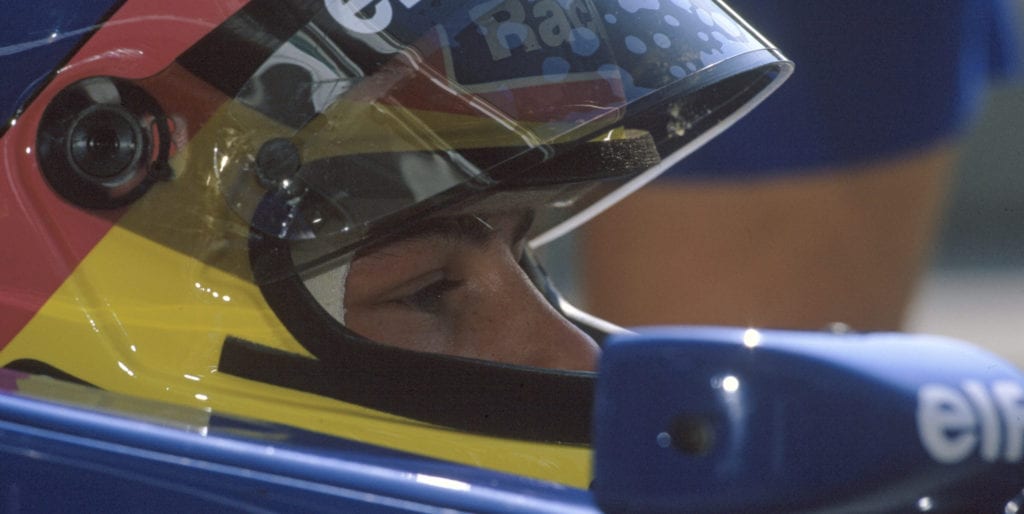