On This Day In F1 – James Hunt Won His Home Race, Only To Be Disqualified Two Months Later – WTF1
Skip to content
×
Formula 1 , On This Day

On This Day In F1 – James Hunt Won His Home Race, Only To Be Disqualified Two Months Later

1959 British Grand Prix
Strikes in Italy meant that Ferrari didn’t turn up for the race, but graciously allowed its driver Tony Brooks, who was a championship contender, to drive for the Vanwall team in his home race. However, the car was uncompetitive and he retired from a lowly 13th as Jack Brabham won from Stirling Moss and Bruce McLaren.

1965 Dutch Grand Prix
Jim Clark made it five wins from six races (the only race he didn’t win was Monaco because he was too busy winning the Indy 500 at the time) ahead of Jackie Stewart and Dan Gurney.

1970 British Grand Prix
Jack Brabham was incredibly unlucky to finish second; he’d taken the lead from Jochen Rindt with 12 laps to go and looked set to win until his Brabham ran out of fuel coming out of the final corner. Although he had enough momentum to roll across the finish line, Rindt swept by to win. There was hope after the race when scrutineers declared the Lotuses rear wing to be illegal and disqualified Rindt, but he was swiftly reinstated once further checks revealed there was nothing wrong. Future world champion Emerson Fittipaldi finished eighth in his debut race, while Dan Gurney retired from what would be his last. This was also the final podium for Jack Brabham, who retired at the end of the year.

1976 British Grand Prix
Speaking of post-race penalties, there was controversy when James Hunt was disqualified from his home race having won it on the track. The problem was that he’d been involved in a multi-car accident on the first lap which resulted in the race being stopped. Hunt’s original car had been badly damaged and race officials declared that any driver who took the restart would have to do so in their original car, all other would be prevented from racing. Hunt was one of three drivers (along with Clay Regazzoni and Jacques Laffite) who needed spare cars and should have been out, but with organisers fearing riots from the British crowd if their driver didn’t take part, all three were allowed to restart. Hunt being Hunt, he promptly won the race.

Rival teams immediately protested, but race officials upheld the result. Ferrari issued an appeal to the organisers which, after three weeks, was rejected. Ferrari escalated the appeal again, this time to the FIA, who decided – on 25 September, over two months after the race – that Hunt had indeed started the race illegally and disqualified him, along with Regazzoni and Laffite (who’d retired from the race anyway). That promoted Niki Lauda to the win, Jody Scheckter to second, and John Watson to third.

1981 British Grand Prix
John Watson took an historic victory for McLaren – not only was it the team’s first for almost four years, but it was the first win for a car with a monocoque made from carbonfibre. Rene Arnoux had led pretty much the entire race but his Renault did the usual thing of breaking down, handing Watson the win with just eight laps to go as Carlos Reutemann and Jacques Laffite rounded out the podium.

1982 British Grand Prix
Niki Lauda took his second win of the season after pole-sitter Keke Rosberg hit troubles on the warm-up lap and Nelson Piquet’s Brabham broke down after just nine laps. Didier Pironi finished second to take the championship lead from John Watson (who spun off on lap three) while Patrick Tambay took the first podium of his career.

Birthdays
Eric Brandon (born 1920) started five races between 1952 and 1954, all of which driving a Cooper for his own Ecurie Richmond team, with a best result of eighth in the 1952 Swiss GP. After dabbling in sportscar racing for a bit, he later turned his attention to powerboat racing. 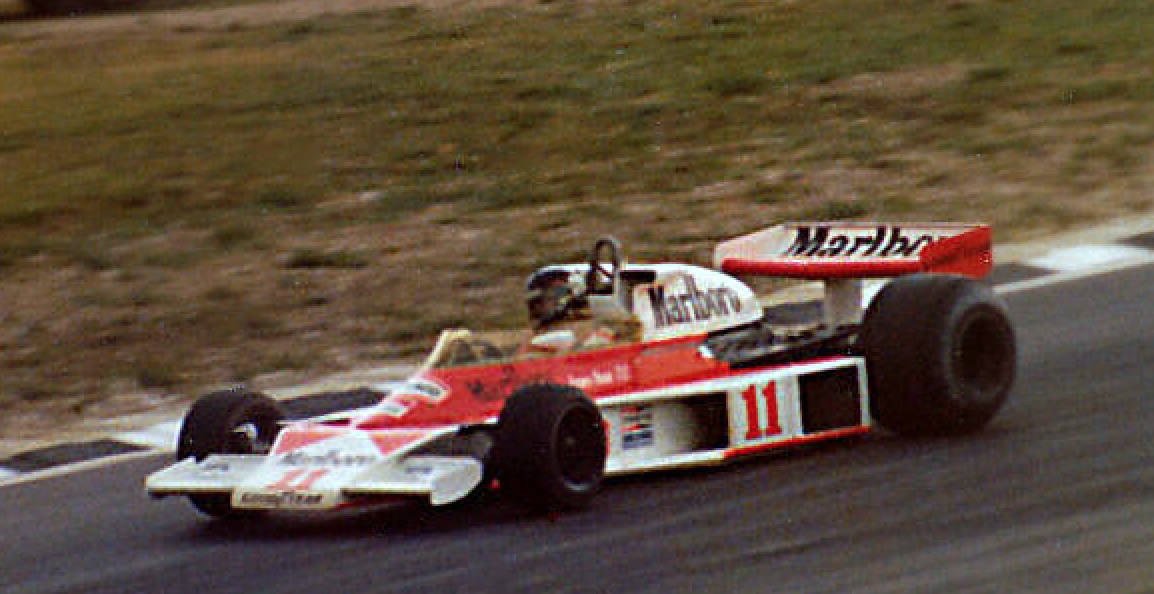