1983 United States Grand Prix West
For F1’s last race at Long Beach, the McLaren duo of John Watson and Niki Lauda qualified a miserable 22nd and 23rd as the team couldn’t make Michelin’s qualifying tyres work. The race, however, was a very different matter. The pair of them methodically worked their way through the order as those in front imploded – Patrick Tambay and Keke Rosberg collided while fighting for the lead, Riccardo Patrese slid off while challenging for the lead, and Jaques Laffite completely cooked his tyres.

Watson came through to take what turned out to be a very comfortable fifth and final career victory with Lauda making it a McLaren one-two. 22nd is the lowest position anyone has ever won from and for Watson, winning from down the order had become a bit of a habit – the previous season he’d won in Detroit from 17th on the grid.

1994 Brazilian Grand Prix
Ayrton Senna’s first race for Williams ended in a spin as he tried to chase down Michael Schumacher in the closing stages. Senna had been in front in the early stages but Schumacher and Benetton leapfrogged him during the newly-reintroduced refuelling stops. Senna’s retirement meant that Schumacher won by a lap from Damon Hill in second, Jean Alesi third, and Rubens Barrichello a strong fourth for Jordan.

2011 Australian Grand Prix
Sebastian Vettel dominated the entire weekend to win comfortably from Lewis Hamilton, which amazingly is the only time Red Bull has won the opening race of the season. The surprise result was Vitaly Petrov in third, who became the first Russian driver to score a podium as he held off Fernando Alonso in the closing stages. Sergio Perez also impressed, finishing seventh on debut, but he and teammate Kamui Kobayashi were later disqualified after their Saubers were found to have illegal rear wings.

Birthdays
Gregor Foitek (born 1965) spent most of 1989 failing to pre-qualify for Eurobrun. In 1990 he did two races for Brabham before switching to Onyx, where he almost scored a point at Monaco until Eric Bernard shoved him into the wall with a few laps to go (though he was still classified seventh).

David Coulthard (born 1971) made his debut at Williams in the wake of Senna’s death and after winning his first race for the team in 1995, switched to McLaren for the following year. A worthy teammate to Mika Hakkinen, Coulthard could be unbeatable on his day (hence 13 career wins) but never quite managed to mount a title challenge. In 2005 he joined the new Red Bull team, where he proved instrumental in laying the foundations for the team’s success – which, unfortunately for him, really started to kick off once he’d retired at the end of 2008. 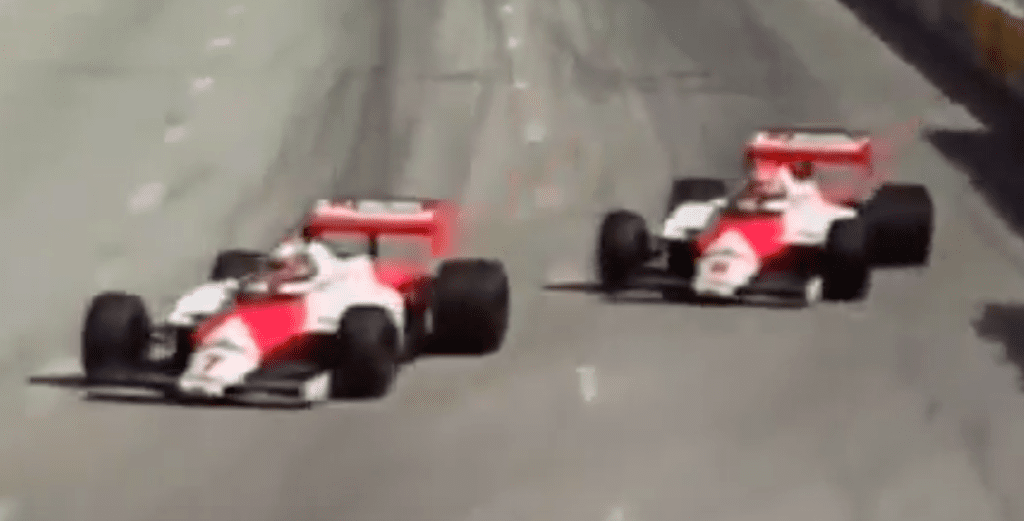