On This Day In F1 – Karthikeyan Set A New Record For Finishing Last – WTF1
Skip to content
×
Formula 1 , On This Day

2011 European Grand Prix
As Sebastian Vettel dominated in Valencia ahead of Fernando Alonso and Mark Webber (who, despite finishing nearly half a minute behind teammate Vettel, oddly called it his best race of the year), all 24 starters were still running at the chequered flag, setting a new record for the number of finishers.

The driver in 24th and last position was HRT’s Narain Karthikeyan, setting the record for the lowest finishing position for an F1 driver. Funnily enough, he’d broken his own record (he finished 23rd in the Chinese GP earlier that year) and, the last time a race had no retirements (the 2005 Italian GP) he was 20th and last then, too. It’s an unwanted record, yes – but one that could last for a while!

Birthdays
Rodney Nuckey (born 1929) entered a Cooper-Bristol in the 1953 German GP, where he qualified 20th in the 35-car field and finished 11th.

Philippe Streiff (born 1955) made a one-off debut with Renault in 1984 and then replaced Andrea de Cesaris at Ligier toward the end of 1985. Despite finishing third in the final race of the year, Streiff spoiled his reputation somewhat when he attempted to pass teammate Jacques Laffite for second on the penultimate lap. He crashed into Laffite and although both cars finished on the podium, it cost Streiff the chance of staying with the team the following year. Instead, he spent the next two seasons with Tyrrell and then joined AGS, but his career came to an end ahead of the 1989 season when a violent testing crash left him paralysed and confined to a wheelchair. 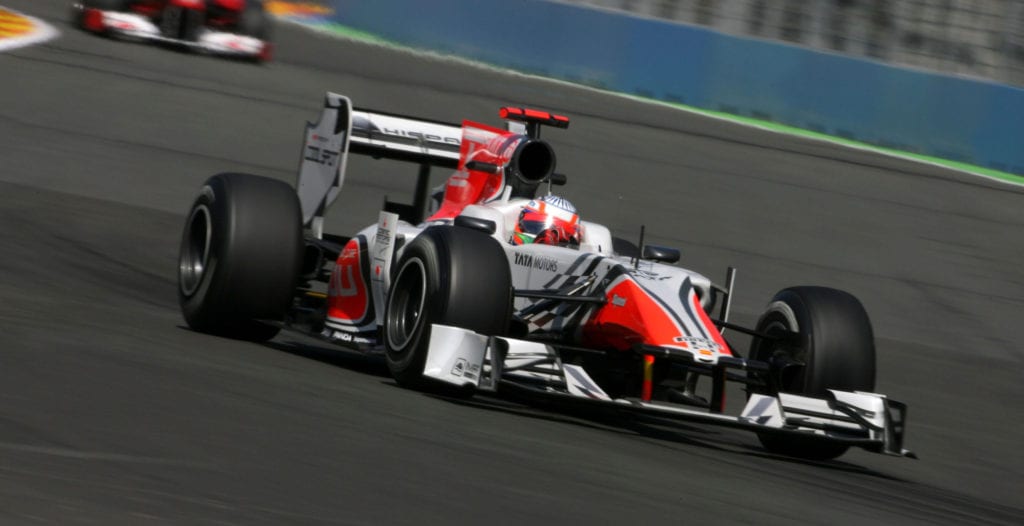