On This Day In F1 – Maldonado Received Three Penalties In One Race – WTF1
Skip to content
×
Formula 1 , On This Day

1987 German Grand Prix
Nigel Mansell and then Alain Prost both suffered car failures while leading, leaving Nelson Piquet to win his first race of the season and take the championship lead. Stefan Johansson finished a distant second for McLaren after sustaining a puncture on the final lap, with Ayrton Senna a lap down in third.

1992 German Grand Prix
As Nigel Mansell took another straightforward win, Ayrton Senna was left trying to fend off the other Williams of Riccardo Patrese for second. Patrese tried everything to get past and ended up spinning out on the final lap, promoting Michael Schumacher to the final podium spot in his first home grand prix.

1998 Austrian Grand Prix
Rain in qualifying resulted in the unusual front row of Giancarlo Fisichella’s Benetton on pole alongside Jean Alesi’s Sauber, but normal service was resumed when Mika Hakkinen and Michael Schumacher shot up to first and second on an incident-strewn opening lap. Hakkinen carried on to take a dominant win while Schumacher had a scruffy race as an off left him needing a new front wing and he ended up a distant third. Despite qualifying down in 14th and knocking off his front wing on the opening lap, David Coulthard was able to charge up through the field and finish second, having been dead last at one point during the race.

2009 Hungarian Grand Prix
The 2009 McLaren wasn’t a great car, but it worked alright on twisty tracks with slow corners – perfect for the Hungaroring. Couple that to the fact that McLaren was one of the few teams using KERS and, when Lewis Hamilton found a way past Mark Webber early on, he was able to easily win his first race of the season. Pole-sitter and early leader Fernando Alonso retired from the race after a wheel came loose, leaving Kimi Raikkonen and Webber to fill out the other podium spots.

2015 Hungarian Grand Prix
Both Mercedes drivers had unusually scruffy races as they both ended up having collisions with Daniel Ricciardo at various points – Lewis Hamilton got a drive-through penalty for his contact, while Nico Rosberg had to pit for repairs when the Aussie clipped his rear tyre. Sebastian Vettel won the race ahead of Daniil Kvyat, scoring his first career podium for Red Bull, and Ricciardo.

Pastor Maldonado had one of his most Maldonado races ever as he earned himself three penalties in a single race – one for colliding with Sergio Perez, another for speeding in the pit lane, and then a third for overtaking under the safety car. Classic Pastor!

Teddy Pilette (born 1942) started the 1974 Belgian GP for Brabham, finishing 17th. He returned in 1977 and drove for BRM as the team was in its death throes, but failed to qualify for his three races – as it turned out, also the last three races for the BRM team.

Emilio de Villota (born 1946) entered 15 grands prix for a number of small, private entrants between 1976 and 1982 but only actually qualified for two. Both came during 1977, when he drove a McLaren funded by sponsorship from Iberian Airlines, with a best finish of 13th in the Spanish GP. 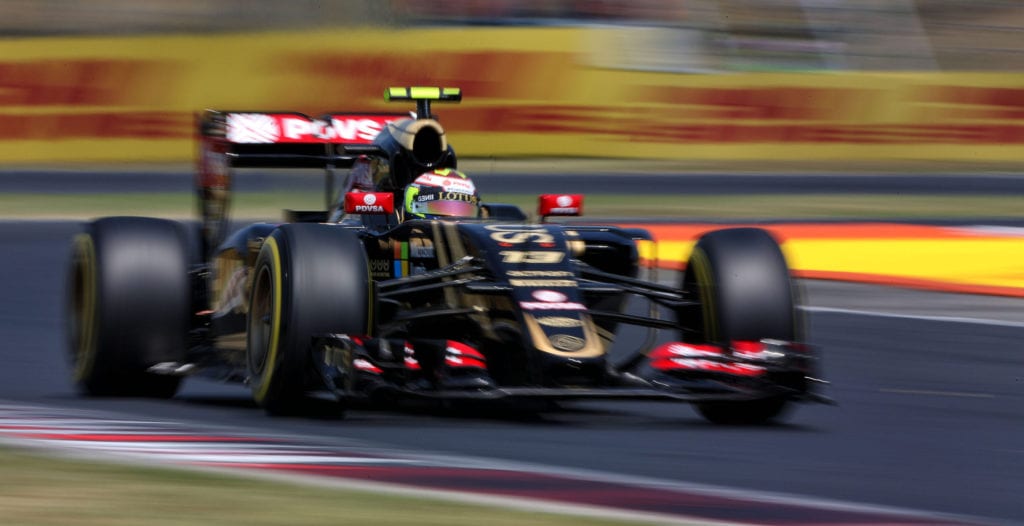