On This Day In F1 – Mark Webber Backflipped Into A Swimming Pool – WTF1
Skip to content
×
Formula 1 , On This Day

1976 Belgian Grand Prix
Niki Lauda took the only Grand Chelem of his career, leading home Clay Regazzoni at Zolder as Ferrari utterly dominated the weekend. Jacques Laffite finished third as James Hunt retired with gearbox failure, while Emerson Fittipaldi, driving for his own team, failed to even qualify for the race for the first time in his career.

1999 Monaco Grand Prix
Michael Schumacher became Ferrari’s most successful driver in terms of wins as he dominated at Monaco from start to finish after beating pole-man Mika Hakkinen off the line. Hakkinen ran second but then went off on oil at Ste Devote and dropped to third, allowing Eddie Irvine to complete a Ferrari one-two.

2010 Monaco Grand Prix
Mark Webber won for the second race in a row, leading home Sebastian Vettel and Robert Kubica, who drove brilliantly all weekend to keep his Renault in contention. Fernando Alonso drove excellently to finish sixth after starting from the pit lane – a gain of 18 positions – though it was his own fault that he had to do it after a crash in FP3 caused him to miss qualifying.

This was a time when Webber and Vettel still got on well with each other and they and team celebrated on top of Red Bull’s ‘floaterhome’ and in the harbour, making for some amazing scenes.

Michael Schumacher also had an interesting incident. The race finished under safety car conditions but, under F1 rules, the safety car peels into the pits on the final lap to allow the winning driver to be the car to cross the line first. However, for 2010 a new rule had been introduced which said that when the safety car pulled in, drivers would be allowed to overtake at the first safety car line, not the start-finish line as before. In Monaco, this is situated between the last two corners and Schumacher, thinking he had that one moment to overtake before the finish, took the opportunity to superbly sneak past Alonso.

However, stewards deemed the overtake illegal and issued him a 20-second penalty which dropped him to 12th. Mercedes attempted to appeal the decision but was unable, though the stewards admitted that the ruling was a bit of a grey area and didn’t make clear that although the safety car had pulled in, if it does so on the last lap then the race is still technically under safety car conditions. In that regard, Schumacher’s penalty does seem quite harsh (the driver steward that weekend was former rival Damon Hill…) but it showed that although he may have lost some speed in his comeback, Schumacher was still completely switched on.

Birthdays
Luigi Villoresi (born 1909) raced in F1 from 1950 to 1956, mostly for Ferrari, and enjoyed some decent success. Between 1951 and 1953 he finished on the podium eight times but never quite managed a victory as his teammate Alberto Ascari – who Villoresi mentored – did the lion’s share of the winning. 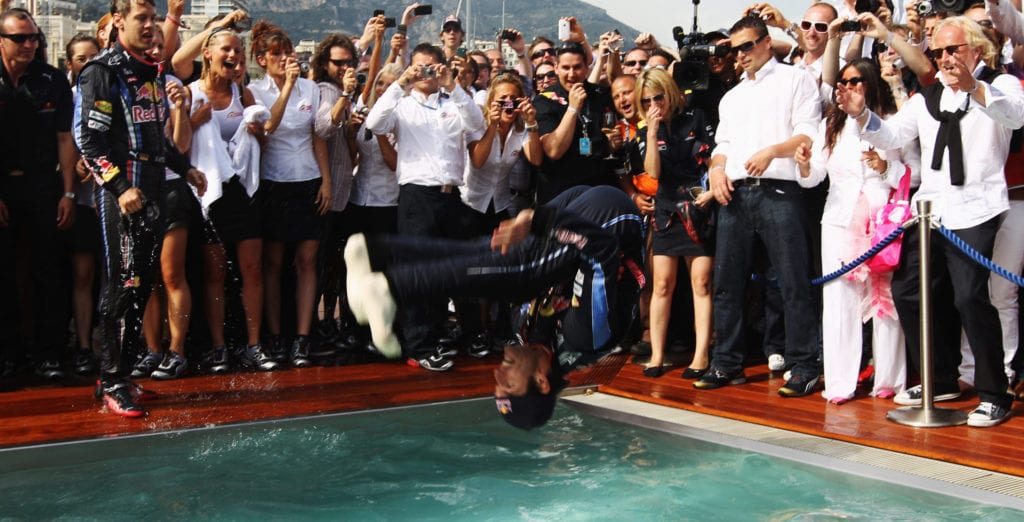