On This Day In F1 – A Banana Caused Mark Webber To Break His Leg – WTF1
Skip to content
×
Formula 1 , On This Day

News
In 2008, Mark Webber was riding his mountain bike as part of the ‘Mark Webber Pure Tasmania Challenge’ charity event when he collided with an oncoming car in a freak accident. That left him with a badly broken leg which required surgery and put him out of action for several weeks, causing him to miss an end of season test with Red Bull. He later attributed the accident to his desire for a snack, saying on his own website:

“At the previous transition point, I had gone back for a banana and lost 30 seconds and I remember thinking in hospital afterwards that had I not done that, I wouldn’t have met the driver at that tricky point.”

He was back testing in February the following year and despite his leg having not yet fully healed, raced in the entire 2009 season. He didn’t have the final metal rod removed from his leg until before the start of the 2013 season – ‘Aussie Grit’ indeed! 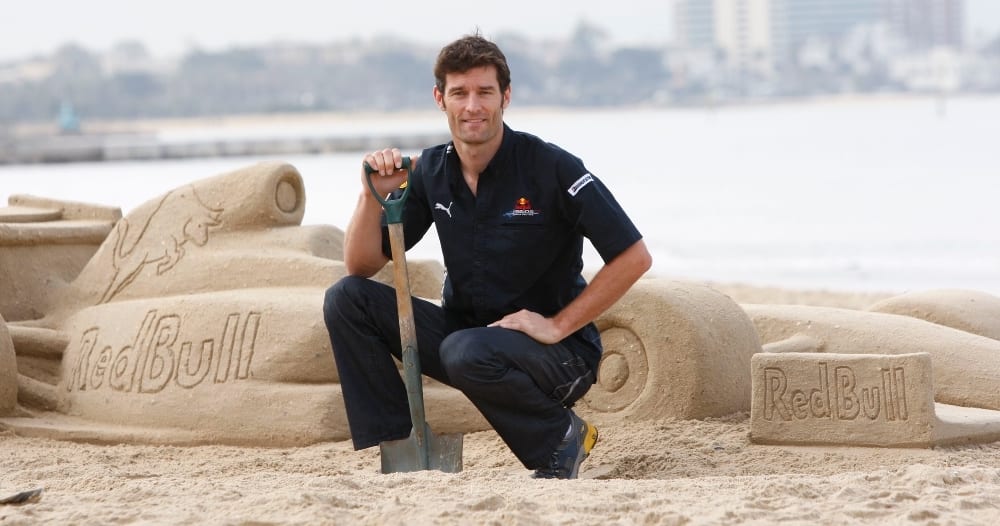