On This Day In F1 – Max Verstappen Became The Youngest Driver To Start An F1 Race – WTF1
Skip to content
×
Formula 1 , On This Day

1981 United States Grand Prix West
Riccardo Patrese led the early stages of the race after taking the only pole position for the Arrows team, only to retire with fuel pump issues. That left Carlos Reutemann leading but after a few laps, he succumbed to pressure from teammate Alan Jones, who went on to win. Reutemann settled for second with Nelson Piquet third.

Team Lotus had a disappointing weekend – the revolutionary ‘twin-chassis’ Lotus 88 was expected to be the next big step in aerodynamics but rival teams protested its legality. Even though the team insisted it complied with the regulations, the FIA banned it during the practice sessions, forcing the Lotus to use the older Lotus 81 for the rest of the event.

2015 Australian Grand Prix
Lewis Hamilton dominated to win the first race of the season from Nico Rosberg in what looked like it was going to be another season dominated by Mercedes. It was something of a muted season opener – Sauber had to miss the first practice session following a legal dispute over who the team’s race drivers actually were, with Giedo van der Garde eventually losing out to Felipe Nasr and Marcus Ericsson.

Fernando Alonso wasn’t around for his first race back at McLaren after being ruled out on medical grounds following a mysterious incident in testing and was replaced by Kevin Magnussen, while neither Manor Marussia car could even take part in practice after their computer systems were accidentally wiped clean.

With Valtteri Bottas not starting after being injured in qualifying and Magnussen and Daniil Kvyat breaking down on the installation lap, only 15 cars took the start of the race – which became 13 after one lap when both Lotuses retired: Romain Grosjean with engine issues, Pastor Maldonado with crashing issues.

Max Verstappen made his debut for Toro Rosso off the back of a single season of car racing – at 17 years and 166 days old he comfortably the youngest F1 driver in history. It’s a record he’s likely to hold for some time as his rapid career progression prompted the FIA to make all sorts of changes to the superlicence system, including a minimum age of 18. Although there were some reservations about his promotion Verstappen acquitted himself well, qualifying 12th and running strongly in the points until his engine failed just past half-distance. 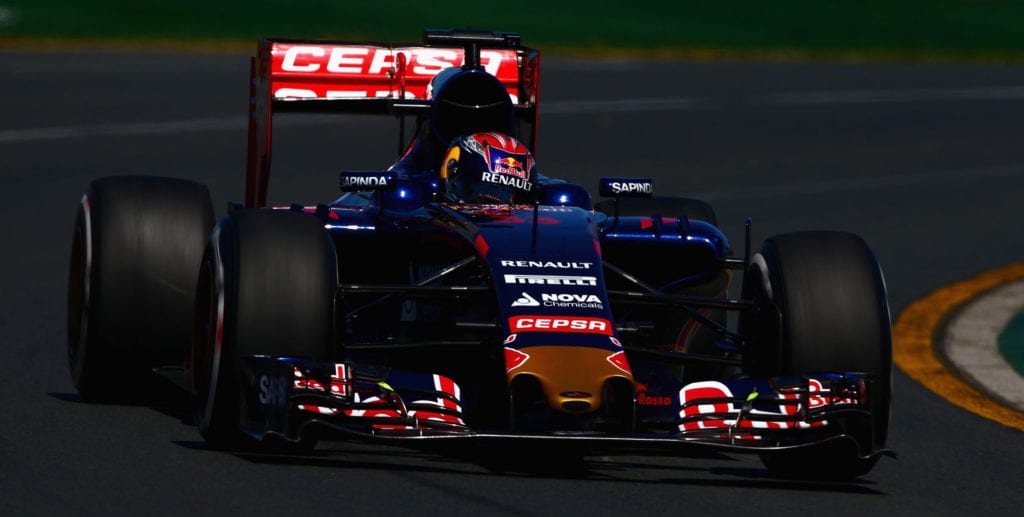