On This Day In F1 – McLaren Publicly Apologised For Spygate – WTF1
Skip to content
×
Formula 1 , On This Day

On This Day In F1 – McLaren Publicly Apologised For Spygate

News
After a tumultuous few months during the Spygate saga resulted in McLaren losing the drivers’ title, being disqualified from the constructors’ championship, Fernando Alonso leaving the team, and a whopping $100 million fine, the whole sorry charade was brought to a close when the team made a formal apology. The statement read:

“McLaren wish to make a public apology to the FIA, Ferrari, the Formula 1 community and to Formula 1 fans throughout the world. Changes are now being made which will ensure that nothing comparable to what has taken place will ever happen again.”

As apologies go, it was a rather timely one. The FIA was set to decide whether or not the team would incur a points penalty in 2008 as well, just in case the car was designed using any of the illegal Ferrari data. However, FIA president Max Mosley was satisfied enough by McLaren’s apology that he cancelled further inquiries.

Birthdays
Aussie driver Brian McGuire (born 1945) entered his own car – the McGuire BM1 (basically a re-badged Williams chassis) – in the 1977 British GP, but failed to make it past pre-qualifying in the 36-car strong entry. That would sadly prove to be his only attempt at making it into a world championship F1 race as he was killed in practice for a round of the British F1 championship at Brands Hatch just a few weeks later. 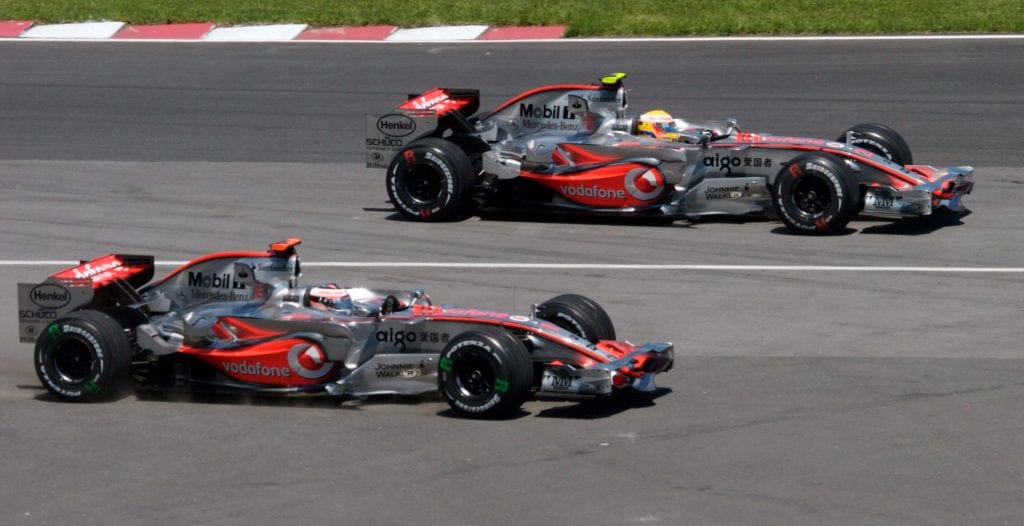