On This Day In F1 – McLaren Wasn’t Allowed To Collect The Constructors’ Trophy – WTF1
Skip to content
×
Formula 1 , On This Day

1962 German Grand Prix
A fairly close race by the standards of the day (and considering the challenging nature of the Nordschleife) was won by Graham Hill, just a couple of seconds ahead of John Surtees’ Lola and Dan Gurney’s Porsche. Jim Clark finished fourth after dropping to last at the start and fighting his way back through the field.

1973 German Grand Prix
Jackie Stewart won his 27th and final grand prix, leading home his Tyrrell teammate Francois Cevert. This was Cevert’s sixth runner-up spot of the season and, tragically, it would be his 13th and final podium finish. Ferrari had been having such a bad season that they didn’t bother to enter the race, so Jacky Ickx, keen to race at the Nordschleife, did a deal for a one-off race with McLaren. It panned out pretty well as he brought the unfamiliar car home in third place.

1984 German Grand Prix
Elio de Angelis took the lead at the start in his Lotus and led for the first seven laps before his turbo failed. Nelson Piquet then took over the top spot until half distance, when his gearbox broke. That left Alain Prost in front but, unlike the others, his car stayed together long enough for him to win, with Niki Lauda second and Derek Warwick third.

During qualifying, Hamilton had disobeyed a team order which hindered Alonso, so Alonso returned the favour by sitting in his pit box long enough to ensure that he could get out and set another lap, while Hamilton couldn’t. Alonso set pole but was given a five-place penalty by the stewards, while McLaren was unusually penalised by being made ineligible to score constructors’ points for the race and not being allowed to collect the trophy for the winning constructor – apparently the result of the team acting “prejudicial to the interests of the competition and to the interests of motorsport generally.”

This was also the weekend where, having already been cleared of allegations of using confidential Ferrari data, McLaren was thrust back under the spotlight when a furious Alonso blackmailed Ron Dennis, threatening to reveal incriminating emails to the FIA. The investigation was reopened and it was discovered that McLaren had, in fact, used the Ferrari documents. McLaren was disqualified from the constructors’ championship and fined $100 million.

Birthdays
Roger Loyer (born 1907) was a former bike racer who also made a single F1 start, at the 1954 Argentine GP, which he failed to finish.

Richie Ginther (born 1930) had a reasonably successful career lasting from 1960 until 1967. In his first five seasons he finished on the podium 13 times for Ferrari and then BRM, finishing third in the 1963 championship, but had yet to win a race. He joined Honda for 1965 and, at the season-ending Mexican GP, finally managed to win both his first grand prix and the first for Honda.

Leo Kinnunen (born 1943) was most famous for his exploits racing Porsche 917s alongside Pedro Rodriguez in sportscars, but in 1974 he had a crack at Formula 1. Driving a customer Surtees, the car was outdated, uncompetitive and poorly prepared and he only qualified for one of his six entries, from which he retired after eight laps.

Esteban Gutierrez (born 1991) came into F1 with Sauber in 2013 having had an impressive junior career. However, he was totally destroyed by Nico Hulkenberg and only scored points once, finishing seventh in Japan (though he did also set the fastest lap in Spain). He stayed with the team the following year but the car was poor and neither he nor Adrian Sutil were able to score.

After a year as a Ferrari sim driver, Gutierrez joined the new Haas team. Unfortunately, while Romain Grosjean was delivering incredible results in the team’s early races, Gutierrez struggled with persistent reliability issues. Later in the season things started to come together and though qualifying was a struggle, he often raced better than Grosjean. By this point, other teams had out-developed Haas and the best Gutierrez could muster were five 11th-place finishes, leaving that sole race in 2013 as the only points score of his career. After dabbling with Formula E and IndyCar, he now works as a simulator driver for Mercedes. 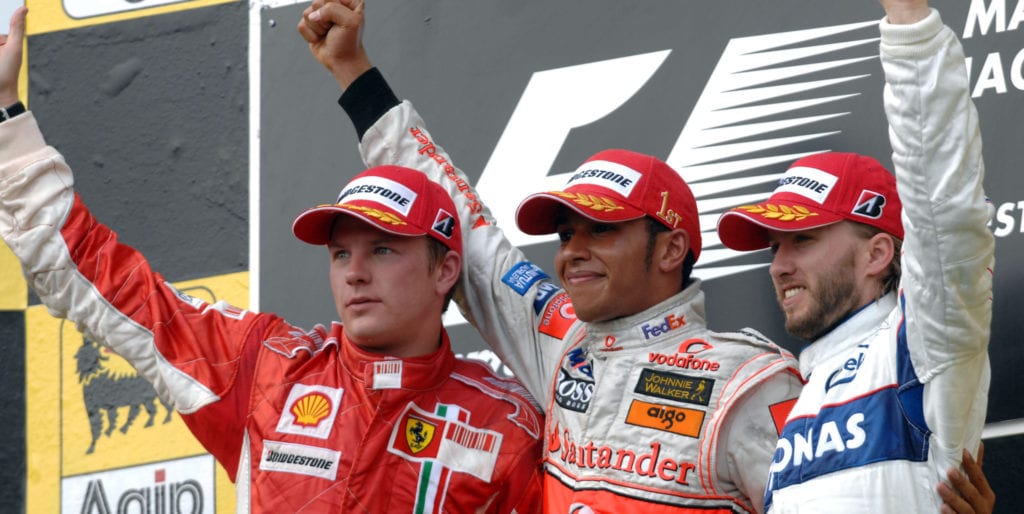