On This Day In F1 – Michael Schumacher Won His 91st And Final Race – WTF1
Skip to content
×
Formula 1 , On This Day

1967 United States Grand Prix
For the first time all season, both Lotus 49s made it to the chequered flag – but only just. Graham Hill had led early on before he had to back off with gearbox issues, and three laps from the end Jim Clark’s suspension failed and he had to back off dramatically. He still won, however, with Hill second, after third-placed Denny Hulme ran out of fuel on the final lap.

1978 United States Grand Prix East
Carlos Reutemann won his fourth race of the season, with Alan Jones finishing second to score the first ever podium for the Williams team. Jody Scheckter took third with just a few laps to go after Jean-Pierre Jarier’s Lotus ran out of fuel.

1989 Spanish Grand Prix
Ayrton Senna scored a dominant victory which, with Alain Prost only third, kept the Brazilian’s title chances alive. Gerhard Berger took second and Jean Alesi continued his impressive debut season with another fourth place for Tyrrell – enough to catapult him to ninth in the championship, despite having only done six of the 14 races up to this point.

1995 European Grand Prix
Jean Alesi looked all set to win for Ferrari after a brave call to start a wet race on dry tyres turned out to be the correct one. Despite having a 45-second lead at one point, Michael Schumacher was able to rapidly reel the Ferrari in as Alesi’s tyres became increasingly worn. He was also having an absolutely horrible time getting through the backmarkers and, with two laps to go, Schumacher made a move stick around the outside of the chicane and went on to win.

Damon Hill had an absolutely horrible race. After taking ages to get past Schumacher in the early stages he finally did so, only to run wide and lose the position again soon after. Later, he knocked his front wing off while running behind Alesi and later spun out of the race entirely, pretty much spelling the end of his championship hopes.

2006 Chinese Grand Prix
In damp conditions, Michael Schumacher and Ferrari completely out-strategised the much faster Renaults. Alonso and Renault had managed to turn a 20-second lead into a 50-second deficit thanks to choosing the wrong tyres at his first stop and losing 20 seconds with a sticking wheel nut in his second. He was still easily the fastest car on track, however, and managed to get the gap to Schumacher down to just three seconds by the end. Schumacher’s 91st win put him level on points with Alonso in the championship with two races to go: it would also turn out to be his last victory.

2017 Malaysian Grand Prix
Sebastian Vettel’s title hopes took another dent in the last Malaysian Grand Prix as an engine problem in qualifying had relegated him to the back of the grid. He recovered to fourth by the end of the race but lost more vital points to Lewis Hamilton, who was second. Max Verstappen won after slicing past Hamilton at the start of lap four and comfortably maintaining the gap to the end.

Birthdays
Willy Mairesse (born 1928) started 12 races in the early 1960s – most of which for Ferrari – with a best finish of third at Monza in 1960. Frank Garner (born 1931) was phenomenally successful in touring car racing and Formula 5000. In the mid-1960s he also had a brief spell in F1, driving a privately-entered Brabham, but failed to score any points.

Jean-Pierre Jabouille (born 1941) was a superb engineer as well as a very quick racing driver – which is why Renault signed him to develop its turbo F1 car in 1977, where he spent most of his career. He took six poles in his career but only ever finished in the points on three occasions – two of which were victories. In 1981 he joined Ligier, but a leg-breaking crash at the end of the previous year affected his fitness and retired from the sport after just four races.

Jean-Denis Deletraz (born 1963) was a pay driver who started a race for Larrousse in 1994, and two for Pacific in 1995. He was generally several seconds a lap off the pace of the next slowest car and had to retire from one race with cramp after just 14 laps… 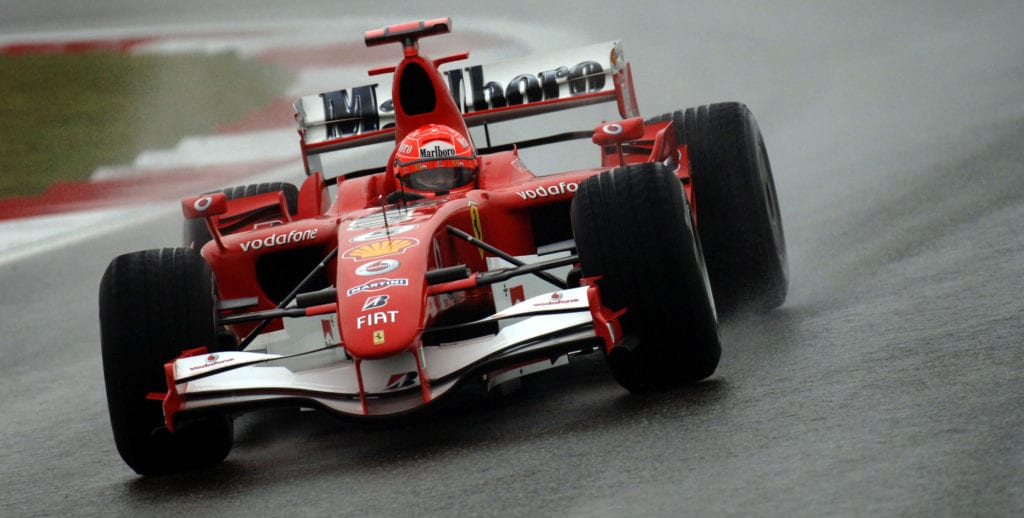