On This Day In F1 – Montoya Added His Second Leg Of The Triple Crown – WTF1
Skip to content
×
Formula 1 , On This Day

Having won the Indianapolis 500 in 2000, Monaco gave Montoya two of the three wins needed for the Triple Crown of Motorsport. We’re still waiting on a proper attempt to win Le Mans…

Birthdays
Martin Brundle (born 1959) was a match for Ayrton Senna in F3 and, like the Brazilian, made his F1 debut in 1984. His performances for Tyrrell were incredibly impressive until a qualifying crash in Dallas left him with broken ankles and sidelined for the rest of the season. He returned the following season but after years struggling with lower order teams opted to focus more on sportscar racing, resulting in a Daytona victory in 1988 and a Le Mans win with Jaguar in 1990.

After a solid year with Brabham in 1991, the Benetton team opted for Brundle’s services to partner Michael Schumacher in 1992. Although he failed to outqualify his teammate all year, his strong race performances led to several podiums, with a highlight of second at Monza.

After a season with Ligier he was tasked with replacing Senna at McLaren for 1994, but the team’s switch to Peugeot engines was a disaster and he only stood on the podium twice all season. Brundle’s final year came with Jordan in 1996, after which he switched to a career in broadcasting, where’s he’s gone on to become one of the sport’s best and most loved commentators. 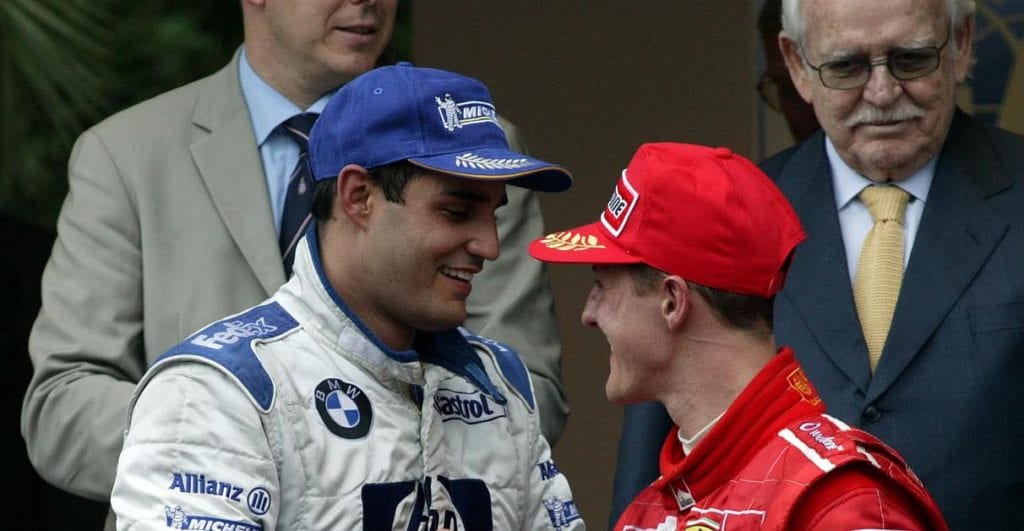