On This Day In F1 – Montoya Takes His Maiden Grand Prix Victory – WTF1
Skip to content
×
Formula 1 , On This Day

1951 Italian Grand Prix
Ferrari really came on strong with its third consecutive win of the season as Alberto Ascari won from José Froilán González. Pole-sitter Juan Manuel Fangio retired with engine failure having led the early stages in his Alfa Romeo, which meant his championship lead over Ascari was cut to just two points.

1962 Italian Grand Prix
Graham Hill won his third race of the season, leading home teammate Richie Ginther for a BRM one-two. That extended his championship lead, whilst Jim Clark’s title hopes were dealt a huge blow as his gearbox broke on just the second lap.

2001 Italian Grand Prix
The race was very nearly cancelled in the wake of the terrorist attacks in the USA that had happened just a few days beforehand. The event was however stripped of the usual pre- and post-race celebrations, and some teams ran with alternate liveries as a mark of respect.

After coming close all season, Juan Pablo Montoya finally took the first win of his career. On a one-stop strategy, he saw off the two-stopping Ferrari of Rubens Barrichello to achieve that rare thing – a victory in his debut F1 season. This was also Alex Yoong’s first grand prix, which is very important information that you really need to know about.

2007 Belgian Grand Prix
Kimi Raikkonen won ahead of Felipe Massa to secure the constructors’ championship for Ferrari – a foregone conclusion, given that McLaren had recently been stripped of all its points following the spygate scandal.

This was also the first race since McLaren’s implosion in Hungary and there was still plenty of needle between the drivers, as you can see from their scrap on the first lap.

Birthdays
Karl Kling (born 1910) was a part of the Mercedes team that came in and dominated F1 in 1954 and 1955. In his first race, the 1954 French GP, he battled hard for the win with teammate Juan Manuel Fangio until team orders relegated him to second. It was the closest he ever came to a win, his only other podium being a third place in the British GP the following year. At the end of that season, he gave up racing to become the boss of Mercedes motorsport.

Josef Peters (born 1914) drove in one grand prix, at the Nurburgring in 1952. He qualified his Veritas a respectable 20th out of 34 cars but retired after just a single lap. 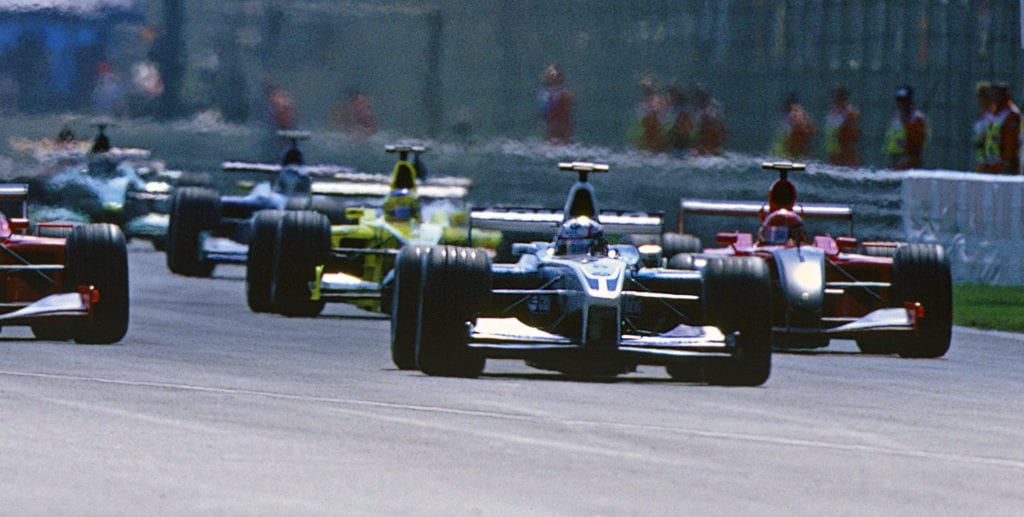