On This Day In F1 – Monza Hosts The Closest Finish In F1 History – WTF1
Skip to content
×
Formula 1 , On This Day

1971 Italian Grand Prix
The final race at a chicane-less Monza provided one of the most thrilling battles in F1 history. It was a real slipstream-fest which ended with Peter Gethin winning his sole grand prix, powering his V12 BRM to victory over Ronnie Peterson’s March by just 0.01 seconds. Francois Cevert finished third, Mike Hailwood fourth, and Howden Ganley fifth – just six-tenths of a second behind the winner.

With neither Ferrari driver scoring points, Cevert’s third place was enough to secure the first and only constructors’ championship for the Tyrrell team.

News
During practice for the 1970 Italian Grand Prix, Jochen Rindt’s car failed at high speed on the approach to the Parabolica. His Lotus was pitched into the barriers, causing fatal injuries. Rindt had been so successful that season that no driver was able to overcome his points tally, making him the sport’s only posthumous champion.

In 1976, James Hunt was one of a few drivers killing time on a non-F1 weekend by competing in a Formula Atlantic race at the Trois-Rivieres circuit in Canada. If he was expecting an easy win, he was sorely mistaken – a bloke called Gilles Villeneuve trounced the field and Hunt was so impressed, he told his McLaren team that this was a bloke the team really needed to get onboard. The following year Gilles made his F1 debut.

Birthdays
Gianclaudio ‘Clay’ Regazzoni (born 1939) had a monster start to his F1 career. Debuting with Ferrari in 1970, he won fifth time out and finished third in the championship – despite missing five races.

Unfortunately, he never quite kicked on from there, though he did come close to winning the title in 1974. He won five races throughout his career, including the very first for the Williams team at Silverstone in 1979, but his career was cut short in 1980 when he crashed his Ensign at Long Beach, leaving the lower half of his body paralyzed.

Taki Inoue (born 1963) is perhaps the most legendary pay driver in F1 history. He’s best known for his bizarre incidents with course vehicles, which happened not once but twice during the 1995 season. At Monaco, he was being towed back to the pits after a practice session when rally driver Jean Ragnotti crashed a course car into Inoue’s Footwork. Inoue was lucky to escape major injury as his car rolled over and he wasn’t wearing a helmet at the time. The second, more famous incident came when he was run over by a course vehicle in Hungary whilst trying to put out a fire. Oh, Taki.

Outside of his comedy capers, he managed a best result of eighth in the 1995 Italian Grand Prix.

David Brabham (born 1965), son of three-time champion Jack, had a couple of tricky stints in F1. The first came (appropriately) with the Brabham team – it was a trying season and the failures to qualify more-or-less alternated with failures to finish – the one time he saw the checquered flag was in France where he finished 15th, three laps down.

He returned in 1994 for what would be a difficult season with the Simtek squad. After the death of Roland Ratzenberger at Imola, Brabham valiantly continued on with the uncompetitive car, managing a best result of 10th in Spain. 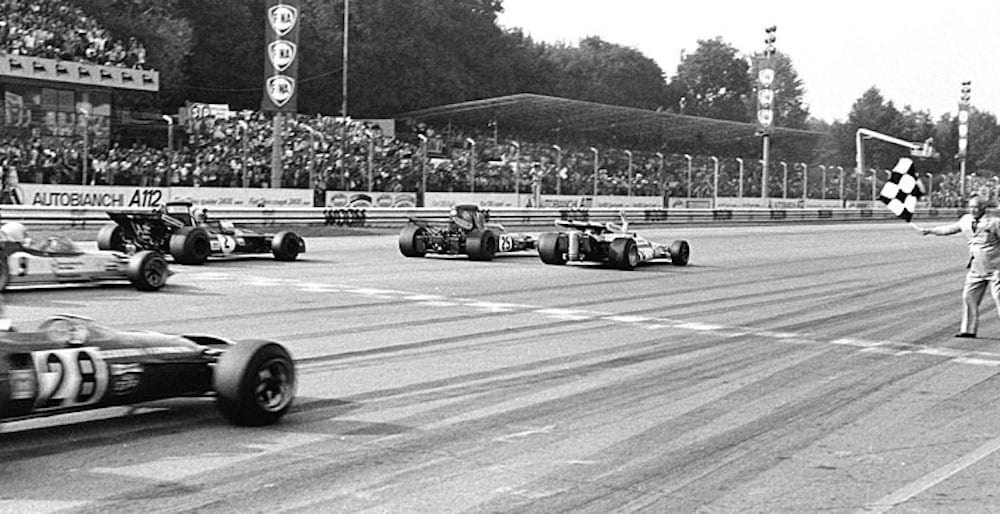