On This Day In F1 – Nelson Piquet Jr Had An Accident – WTF1
Skip to content
×
Formula 1 , On This Day

On This Day In F1 – Nelson Piquet Jr Had An Accident

1980 Canadian Grand Prix
The championship between Nelson Piquet and Alan Jones had been looking like a fairly close one. Things were looking good for Piquet in Canada, though, as he led the early stages of the race. But when his Brabham’s engine failed on lap 24, Alan Jones only had to win to take the championship with a race to spare – and win he did, leading home teammate Carlos Reutemann. That made Jones Williams’ first world champion and to date, the last Australian to take the title.

1997 Luxembourg Grand Prix
This should have been Mika Hakkinen’s race. He took his first pole and the first for the McLaren team in four years and led comfortably away from the start. He was still comfortably leading at well past half-distance, with teammate David Coulthard in second.

It wasn’t to be. On lap 43 Coulthard’s Mercedes engine failed and a lap later, so did Hakkinen’s. That opened the door for Jacques Villeneuve to take what would be his 11th and final F1 victory. It was good news for his championship, too, because Michael Schumacher had been taken out after a first-corner collision between the two Jordan’s led to brother Ralf’s car damaging the suspension on the Ferrari.

Jean Alesi finished second, Heinz-Harald Frentzen third, and Gerhard Berger fourth. In fifth was Pedro Diniz, scoring his only points of the season for Arrows as he led home a train of four cars including Olivier Panis, Johnny Herbert and Damon Hill.

2003 United States Grand Prix
Juan Pablo Montoya’s championship challenge came to an end after finishing only sixth, a result of his Michelin tyres being poor in the wet conditions and a drive-through penalty he was given for spinning Rubens Barrichello early in the race.

Michael Schumacher won the race comfortably, but Kimi Raikkonen ensured the title would go down to the wire by finishing second, leaving him nine points behind in the championship with one race to go. Heinz-Harald Frentzen finished a superb third for Sauber, the final podium of his career.

2008 Singapore Grand Prix
Fernando Alonso took an absolutely stunning victory against the odds for Renault in the first Singapore GP. A car problem in qualifying meant he only started 15th, but in the race he got incredibly lucky – shortly after he’d pitted for fuel and tyres, his teammate, Nelson Piquet Jr, crashed. That brought out the safety car, and in an era when pitting behind under the safety car was forbidden, Alonso ended up on the perfect strategy and leapt to the front. It’s funny that it was his teammate that triggered it, isn’t it? In fact, it’s almost suspiciously perfect, but there’s no way a team would instruct a driver to crash on purpose, right?

Nico Rosberg finished second for Williams with Lewis Hamilton third. Felipe Massa, meanwhile, had some horrible luck – at his first pit stop, he was given the signal to go before his fuel hose was detached. The resulting scramble and penalty for an unsafe release dropped him from the lead to 13th by the end, costing him vital points in the championship.

Birthdays
In the early 1990s, Frenchman Erik Comas (born 1963) spent four seasons driving for French teams – two with Ligier, two with Larrousse. He managed the odd points score here and there, including the final one for the Larrousse team at the 1994 German GP.

Mika Hakkinen (born 1968) was always ferociously fast (he outqualified Ayrton Senna in their first race as teammates) but in the first half of his career, he was also incredibly unlucky. After a couple of impressive years with the waning Lotus team he joined McLaren as a test driver in 1993, getting his chance at a race seat when Michael Andretti left. He scored a ton of podiums in the mid-1990s (and also suffered a crash in qualifying for the 1995 Australian GP which almost killed him) but didn’t grab that first win until the end of 1997.

From then on, the combination of increased confidence and a back-on-form McLaren took him to the 1998 championship, a feat he repeated the following year. In 2000 he lost out to Michael Schumacher but the two were known for having a brilliant rivalry, with Michael calling him the best rival he had, on and off of the track.

At the end of 2001, Hakkinen went on a sabbatical from which we’re all eagerly waiting for him to return… 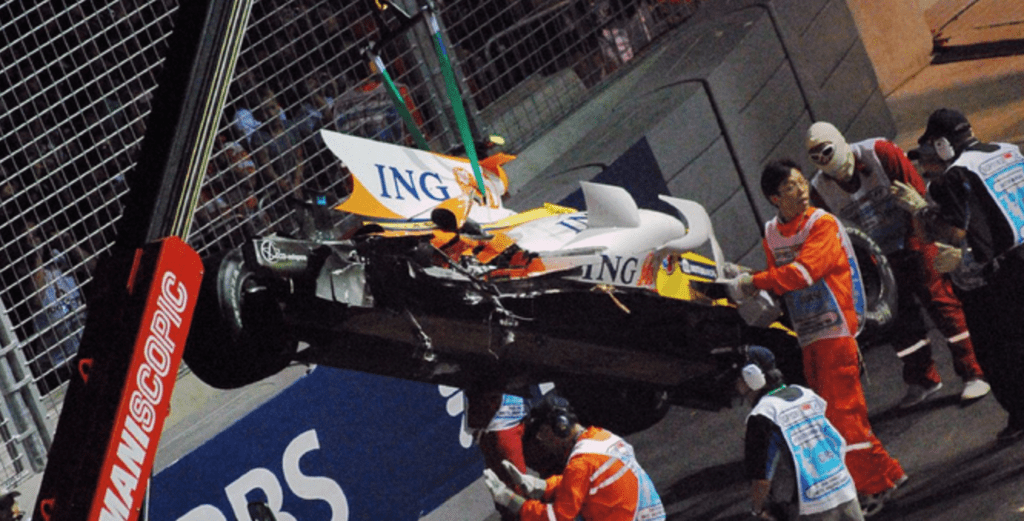