On This Day In F1 - Nico Rosberg Forgot To Turn Right - WTF1
Skip to content
×
Formula 1 , On This Day

On This Day In F1 – Nico Rosberg Forgot To Turn Right

1960 French Grand Prix
The high speeds of Reims should have been prime Ferrari territory but Phil Hill and Wolfgang von Trips both retired with gearbox issues just a lap apart. Jack Brabham went on to take a comfortable win ahead of Olivier Gendebien and Bruce McLaren.

1966 French Grand Prix
Lorenzo Bandini led most of the final French GP to be held at Reims until his Ferrari broke down, leaving Jack Brabham to win from Mike Parkes, with third-placed Denny Hulme a further two laps behind.

1977 French Grand Prix
John Watson led pretty much the entire distance until, on the last lap, the Alfa Romeo engine in his Brabham briefly misfired. That was all that the trailing Mario Andretti needed to surge past into the lead and snatch victory from a dejected Watson as James Hunt finished third.

1982 Dutch Grand Prix
Didier Pironi won the third and final race of his career ahead of Nelson Piquet and Keke Rosberg. René Arnoux was extremely fortunate to walk away from a horrible accident at the end of the pit straight when a wheel came off and he went head-on into the barriers at high speed. 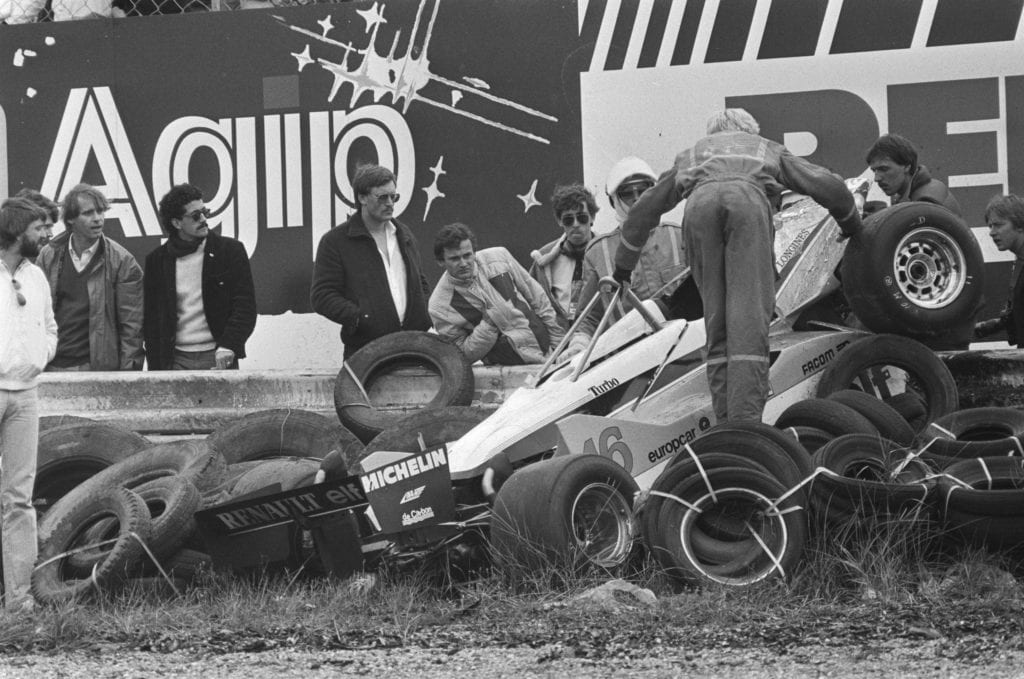 1988 French Grand Prix
Alain Prost was on typically fine form at his home race, out-qualifying Ayrton Senna and leading the early stages. Despite losing the lead to his rival thanks to a slow pit stop, he chipped away at Senna’s lead and took advantage of backmarkers to retake the lead and win the race. Michele Alboreto finished third for Ferrari, the only other driver on the lead lap.

1994 French Grand Prix
Nigel Mansell made his F1 return after 18 months away, which he spent racing (and winning) in IndyCar. Replacing David Coulthard at Williams, Mansell showed he still had the speed by qualifying on the front row, just behind Damon Hill. However, he slowly slipped back during the race and eventually retired from sixth place with gearbox troubles.

Michael Schumacher won after jumping both Williams cars at the start and seeing off Hill in the pit stops. Gerhard Berger finished third ahead of Heinz-Harald Frentzen, while Pierluigi Martini in fifth and Andrea de Cesaris in sixth both scored the final points of their long careers. 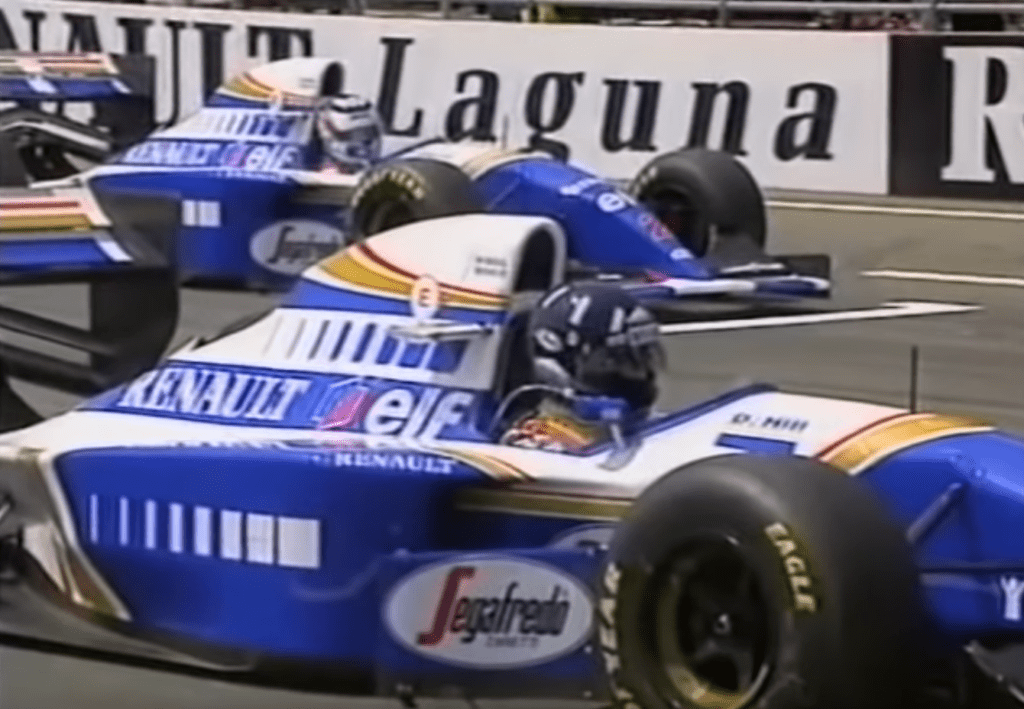 2005 French Grand Prix
Fernando Alonso delivered a home victory for Renault and Michelin as Kimi Raikkonen was left to fight through from 13th on the grid following a penalty for an engine failure. He did so by running a heavy fuel load, which allowed him to run longer than pretty much everyone else, jumping from 10th before his stop to second afterwards. Michael Schumacher took the final spot on the podium after Juan Pablo Montoya had an engine failure of his own.

2016 Austrian Grand Prix
Having lost the lead to Nico Rosberg early in the race, Lewis Hamilton was closing his teammate down in the closing stages. On the final lap, he launched a move on the outside of Turn 3 but, in a clumsy attempt to retain the position, Rosberg opted not to turn into the corner at the point Hamilton expected. The two collided and while Hamilton was able to continue ahead to win, Rosberg damaged his front wing and slipped behind Max Verstappen and Kimi Raikkonen to finish fourth on the road, also earning a 10-second penalty for his driving. 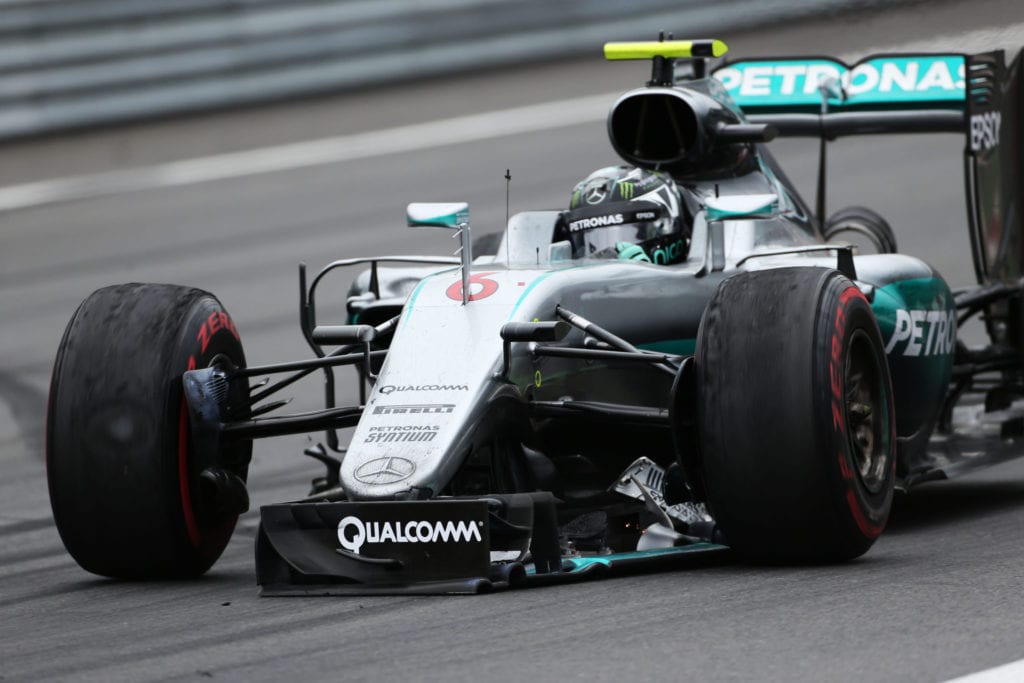 Toto Wolff was furious that his drivers had once again made contact and, despite their strong position in the championship, threatened to impose team orders or even suspend them for a race if they couldn’t race fairly in the future.

On a slightly happier and less controversial note, Pascal Wehrlein completed a superb weekend for the Manor team, qualifying 12th and finishing 10th. It was just the second time the team which began life as Virgin in 2010 had scored points, and it’d be the last time before the team folded ahead of the following season. 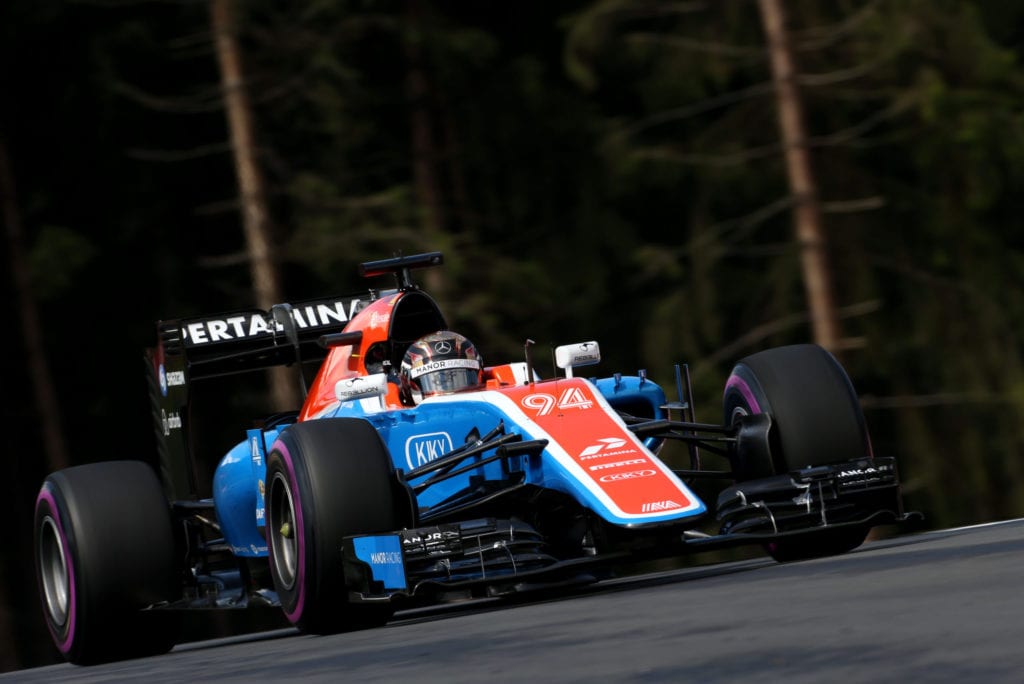 Birthdays
Sebastian Vettel (born 1987) was the first of Red Bull’s young drivers to really make a huge impact on the sport. A number of seriously impressive drives for Toro Rosso included a spectacular maiden win in the wet 2008 Italian GP and was promoted to Red Bull the following season. He delivered the team’s first win and finished as championship runner-up to Jenson Button in 2009; in 2010 he only led the championship for one race – the final one, when victory in Abu Dhabi saw him crowned the sport’s youngest-ever champion.

That was the start of four consecutive championships for the German – 2011 was a dominant season, 2012 saw him come out on top in a tooth-and-nail scrap with Fernando Alonso go down to the wire in Brazil, while 2013 ended with an incredible nine wins in a row.

In 2015 Vettel moved to Ferrari and had a couple of chances to add a fifth title, but reliability scuppered his chances in 2017, while a number of mistakes in 2018 spoilt perhaps his best opportunity to win a championship in red.