On This Day In F1 – Nico Rosberg Set Fastest Lap On His Debut – WTF1
Skip to content
×
Formula 1 , On This Day

2000 Australian Grand Prix
For the first time since 1995, Michael Schumacher won the opening race of the season ahead of new Ferrari teammate Rubens Barrichello. The two McLarens had been ahead, but both drivers retired with engine failure in the early stages of the race. This was also the first race for Jenson Button – after starting 21st he’d made his way into the top six before his Williams broke down, denying the 20-year-old a point on debut.

2006 Bahrain Grand Prix
Six years on from Button’s debut it would be another 20-year-old future champion impressing on debut for Williams. Nico Rosberg started 12th but had dropped to last on the first lap after making contact with Nick Heidfeld at the first corner. From then on he charged through the field to finish seventh, score two points and set the fastest lap – the youngest driver to do so at the time. Fernando Alonso won the race after seeing off pole-sitter Michael Schumacher in a straight fight, while Kimi Raikkonen impressively finished third having started dead last. 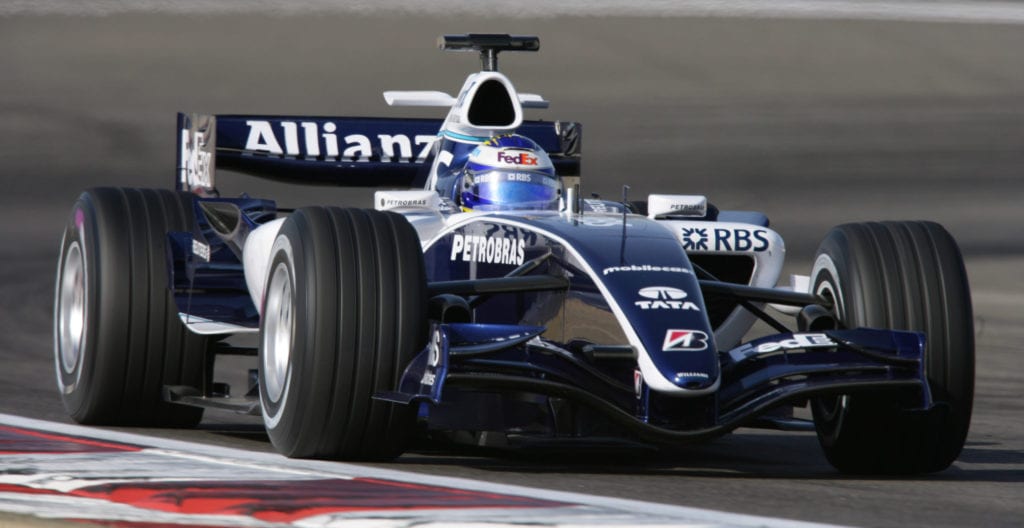