On This Day In F1 – Nigel Mansell Cut Himself On His Winning Trophy – WTF1
Skip to content
×
Formula 1 , On This Day

1989 Brazilian Grand Prix
Nigel Mansell took a completely unexpected victory in his debut race for Ferrari. The team had introduced F1’s first semi-automatic gearbox and the stories from pre-season weren’t promising – apparently it was sapping power and was also hideously unreliable. And yet Mansell worked his way up the order and ended up leading much of the race, eventually winning – after the race, he quipped that he’d booked an early flight home, expecting to retire, which he’d now missed. Drama was never too far away with Mansell, though, and as he picked up the trophy he somehow managed to slice his hand open.

The race wasn’t all about Mansell, though. Alain Prost finished second on an unexpected no-stop strategy – it hadn’t been the plan, but during the race he realised his gearbox had developed an issue which meant that if he had stopped, it would have meant the end of his race. Mauricio Gugelmin was a very close third for March – the only podium of his career – and Johnny Herbert wasn’t much further back for Benetton in his first race. This was perhaps the most incredible result of all – he couldn’t even walk following an F3000 accident the previous year which had mutilated his feet. Derek Warwick was fifth for Arrows, though it could have been a podium or even a win but for a slow pit stop.

1995 Brazilian Grand Prix
Damon Hill was on course to win until a gearbox problem caused him to spin out of the lead. That left Michael Schumacher to take a reasonably straightforward victory from David Coulthard, with third-place Gerhard Berger over a lap behind.

2000 Brazilian Grand Prix
Five years later there was another disqualification controversy at Interlagos – Michael Schumacher once again beat David Coulthard to victory, but this time after the race five of the top six cars were disqualified when the floor planks were discovered to be illegal, leaving third-placed Giancarlo Fisichella as the winner from a rookie Jenson Button and Jos Verstappen’s Arrows.

Obviously, the teams appealed, and in rechecking the car the scrutineers found that the measurements were wrong because they’d been going off the measurements of David Coulthard’s McLaren, whose front wing was too low. The results were reinstated except for Coulthard, meaning Schumacher won from Fisichella and Heinz-Harald Frentzen’s Jordan, while Button became the youngest points-scorer in sixth.

To add to the weirdness, the race organisers were fined after advertising hoardings fell onto the track during qualifying, on one occasion hitting Jean Alesi’s Prost. The Sauber team also had to withdraw from the race after their rear wings kept failing. Quite the weird weekend…

2017 Australian Grand Prix
Sebastian Vettel beat pole-sitter Lewis Hamilton to victory after making the overcut work during the pit stops. This was the first race of the new, wider, faster cars which, combined with a new conservative approach by Pirelli, led to a rather uninteresting race. Antonio Giovinazzi made an unexpected debut for Sauber after Pascal Wehrlein withdrew on Saturday morning due to a lack of fitness following a crash in the Race of Champions. Despite the lack of preparation Giovinazzi impressed, almost outqualifying teammate Marcus Ericsson and finishing the race a trouble-free 12th.

Birthdays
Lella Lombardi (born 1941) entered 17 races between 1974 and 1976 and became the first (and so far, only) woman to score an F1 point – or rather, half a point. She managed that in the shortened Spanish GP of 1975, where she was running sixth in her March at the time of the stoppage.

Didier Pironi (born 1952) was one of many talented French drivers who came into the sport in the 1970s and after impressive stints and Tyrrell and Ligier was signed by Ferrari for 1981. In 1982 he’d won two races and was comfortably leading the championship when he hit the back of Alain Prost’s Renault in appalling conditions during qualifying for the German GP. His legs were badly broken, ending his F1 career, and despite missing the last five races of the season was still second in the championship. In 1986 he tested for the AGS team as he toyed with the idea of an F1 comeback and opted against it. Instead, he turned his attention to powerboat racing, where he died in an accident in 1987.

Elio de Angelis (born 1958) spent much of his career racing for Lotus, where he won two races and established himself as one of F1’s fastest drivers. He finished third in the 1984 championship and in 1985 frequently proved a close match for teammate Ayrton Senna. In 1986 he moved to Brabham but only would only start four races for the team – during a test at Paul Ricard his car failed at high-speed, sending him into the barriers. Though his injuries were minor, the lack of marshals at testing in those days meant he was trapped in the car as it caught fire. He later died at the hospital due to the damage from breathing in smoke.

After a one-off race for Arrows in 1989, Martin Donnelly (born 1964) was a Lotus driver for 1990. However, his promising career was cut short when he crashed in qualifying for the Spanish GP, which resulted in him actually being thrown from the car. He was lucky to survive injuries which included bruises to his brain and lungs, as well as a leg so badly broken that it almost had to be amputated. He recovered and later went on to race in the odd minor national event in the UK, but his F1 career was over.

Stoffel Vandoorne (born 1992) had one of the most glittering junior careers in recent times, challenging for the title in his rookie season of Formula Renault 3.5 and then breaking all sorts of record in GP2. He scored a point on debut when he subbed for Fernando Alonso at Bahrain in 2016, so hopes were high when he became a full-time driver with the team in 2017. Unfortunately, being paired with Alonso was a tough ask, and though there were impressive performances in the first season (notably a strong drive to seventh in Malaysia), in 2018 things went downhill. He scored just 12 of the team’s 62 points, was outqualified by Alonso at every round, and was dropped at the end of the year. 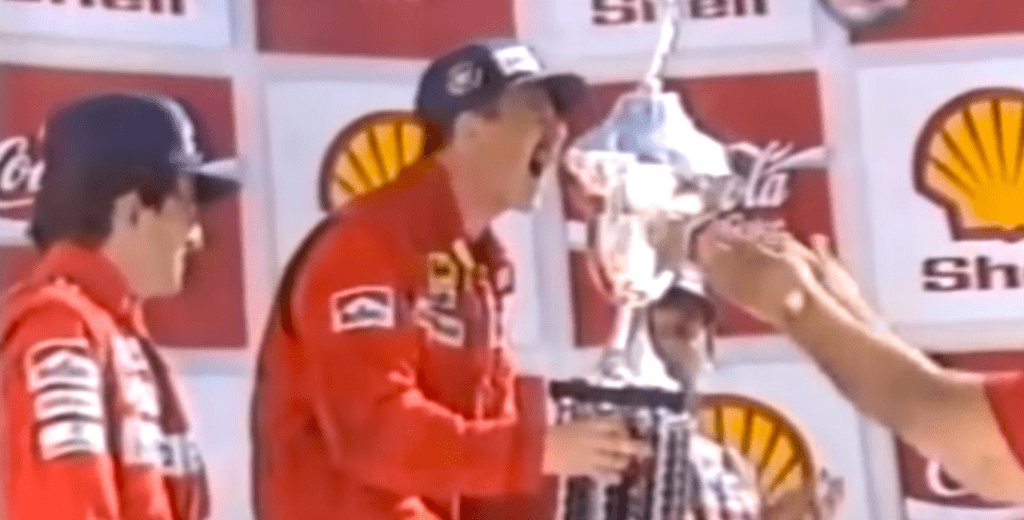