On This Day In F1 – Nigel Mansell Retired Because Of Chickenpox – WTF1
Skip to content
×
Formula 1 , On This Day

1966 German Grand Prix
Jack Brabham took a step closer to the title by winning the German GP at the Nordschleife, his fourth consecutive win of the season, all driving for his own team. He didn’t have it all his own way, and only passed John Surtees’ Cooper for the win with a couple of laps to go.

1983 German Grand Prix
Rene Arnoux took a dominant victory for Ferrari, ahead of Andrea de Cesaris who managed to get through the race without either crashing or his Alfa Romeo breaking down – a rare combination.

In third was Riccardo Patrese in what was his first actual race finish of the year – an amazing stat, given that his Brabham teammate Nelson Piquet was well on the way to winning his second title.

1988 Hungarian Grand Prix
It was business as usual for McLaren as Ayrton Senna led Alain Prost to yet another crushing one-two, but further back Nigel Mansell was making waves. He’d been advised not to race after contracting chickenpox in the build-up to the race but did so anyway, because he’s Nigel Mansell.

At one point he was running as high as second but ended up retiring from eighth place late on as he was just feeling too unwell. As a result, he missed the next two races.

Birthdays
Dave Morgan (born 1944) entered a single world championship grand prix for Surtees (at Silverstone in 1975) and was classified 18th after being one of the many drivers caught out in a massive downpour. 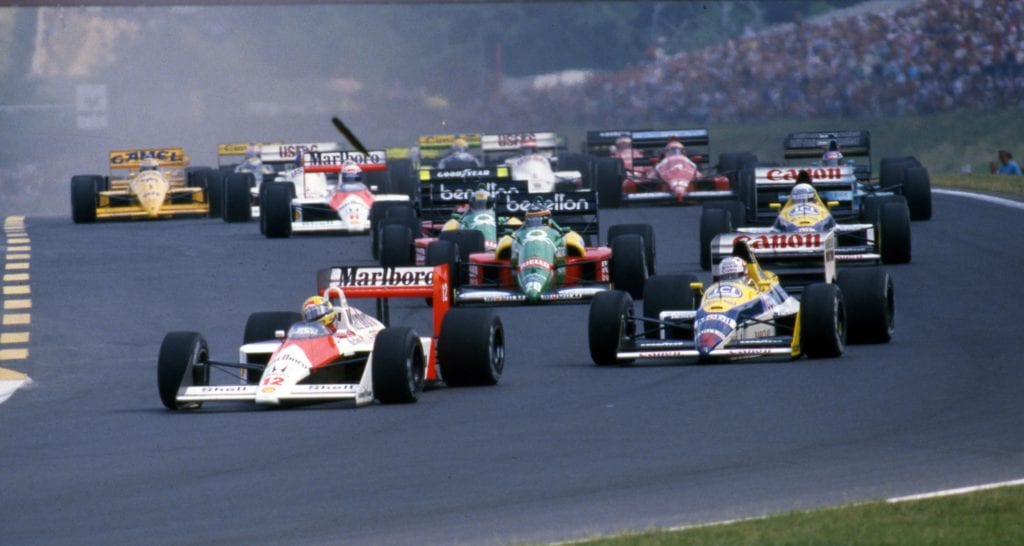