On This Day In F1 – Nobody Wanted To Win The Monaco Grand Prix – WTF1
Skip to content
×
Formula 1 , On This Day

1971 Monaco Grand Prix
After taking pole by more than a second, Jackie Stewart produced a dominant display to win his second Monaco GP. Ronnie Peterson put on a show as he wrestled his March from sixth on the grid to second for his first F1 podium, with Jacky Ickx in third.

1982 Monaco Grand Prix
Monaco is often referred to as the race that everybody wants to win, but in 1982 the drivers made it look like they’d all made a bet to see who could throw away the race closest to the finish line.

Derek Daly had nudged the barrier and ripped his rear wing off, but was able to keep going. However, he’d also damaged his gearbox and was trailing oil around the track. Riccardo Patrese, the new leader, spun off on this oil at the Lowes Hairpin on the penultimate lap, leaving Didier Pironi in the lead. On the last lap, he ran out of fuel in the tunnel. Andrea de Cesaris would have taken the lead, but then he ran out of fuel as well. Daly was the next man along, but his gearbox finally ran out of oil and his Williams ground to a halt.

In the confusion, Patrese had managed to use the hill at the hairpin to bump start his car and negotiated the final lap safely to collect what was his first F1 win. After some frantic scrabbling by the race organisers, it was worked out that Pironi was classified second and de Cesaris third.

2004 Monaco Grand Prix
Michael Schumacher’s winning streak came to an end as he couldn’t quite get on top of his Ferrari throughout the weekend. When the safety car was deployed following an incident between Ralf Schumacher and Fernando Alonso (which led to the amazing sight of Alonso flipping Ralf the bird while going backwards out of the tunnel), Michael and Ferrari took a strategy gamble by not pitting. It might have worked out, had he not chosen the tunnel to heavily warm his brakes – Juan Pablo Montoya ran into the back of him, putting Schumacher out.

The race was won by Jarno Trulli, who led most of the way from pole after pulling off one of the most sensational Monaco laps of all time. Jenson Button pushed him hard in the closing stages but couldn’t find a way past, with third-placed Rubens Barrichello – the only other car on the lead lap – well over a minute behind.

Birthdays
Ernst Klodwig (born 1903) was one of the many, many German drivers who took advantage of the huge grids seen at the Nordschleife and the fact that F1 was run to Formula 2 rules in 1952 and 1953 to enter his home GP in both years. He managed to finish both races, too, with 12th in 1953 being his best result.

Gérard Larrousse (born 1940) entered a Brabham in two races in 1974. He qualified an impressive 11th in Belgium, only to retire with tyre problems, and then failed to qualify for the French GP later in the season. He later returned to the sport as owner of the Larrousse team, which competed in F1 from 1987 to 1994.

Holder of the title of most experienced F1 driver ever, Rubens Barrichello (born 1972) started 322 races between 1993 and 2011. After impressive performances for Jordan and Stewart, he signed with Ferrari for 2000, but ended up spending most of his six seasons with the team as number two driver to Michael Schumacher. After a period with Honda, he found himself with an unexpected second chance when Brawn GP emerged from the team’s ashes and he became something of a title contender, ultimately ending up third behind Jenson Button and Sebastian Vettel. Two seasons with Williams followed before he was left without a drive, ending his career with 11 wins. 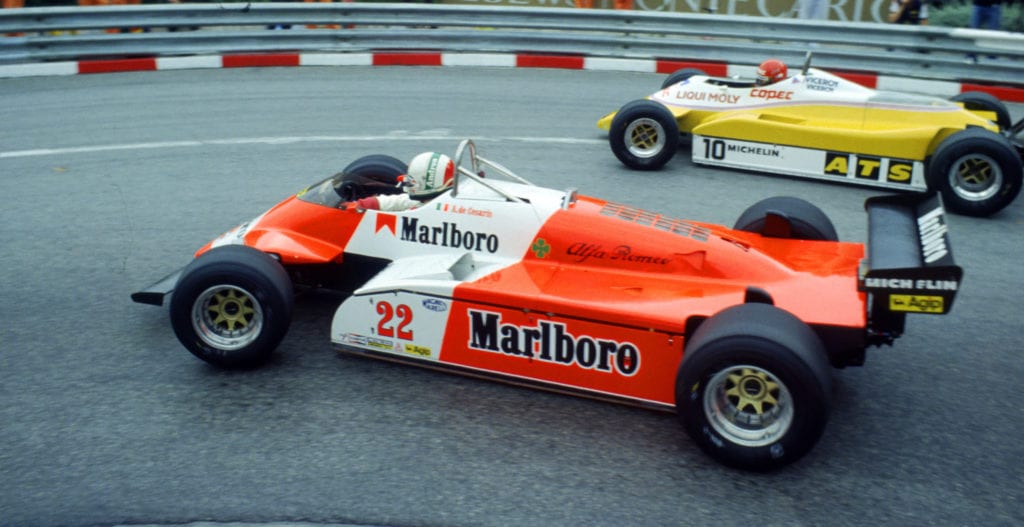