On This Day In F1 – One Of The Sport’s Most Underrated Champions Was Born – WTF1
Skip to content
×
Formula 1 , On This Day

1952 Dutch Grand Prix
It was business as usual as Alberto Ascari won his fifth race in a row and Ferrari locked out the podium. This was the era when F1 was run to Formula 2 rules and Ferrari had an enormous advantage over everybody – in qualifying, the fastest non-Ferrari (Mike Hawthorn’s Cooper-Bristol) was over five seconds a lap off the pace.

1975 Austrian Grand Prix
Vittorio Brambilla took his only F1 win for March in a soaking wet race which was was stopped at half-distance. He drove beautifully throughout but when the chequered flag was thrown, he got so excited that he spun across the finish line and crashed into the wall. James Hunt finished second for Hesketh with Tom Pryce third for Shadow, making it a great podium for fans of occasionally successful teams of the 1970s.

1980 Austrian Grand Prix
Jean-Pierre Jabouille didn’t always score points, but when he did, he usually won. Jabouille’s third and final points-scoring finish was also the second win of his career. It’s not that he got lucky a couple of times, he just spent most of his career developing Renault’s pioneering turbo-powered cars, and reliability was… poor. On this occasion his car held together long enough to win – although seriously degrading tyres meant Alan Jones almost snatched it away from him.

1986 Austrian Grand Prix
Benetton’s ludicrously powerful BMW engines allowed Teo Fabi and Gerhard Berger to lock out the front row of the grid. Berger led the first half of the race before being delayed with a problem while Fabi took over the lead, only for his engine to blow up almost immediately.

Alain Prost went on to win by a lap from the Ferraris of Michele Alboreto and Stefan Johansson. Haas (no, not that Haas, the other Haas) had a good day with Alan Jones finishing fourth and Patrick Tambay fifth. It was the first time the team had scored points – unfortunately, the Lola-built cars would only score once more before the team went bust at the end of the season.

Birthdays
Oscar Galvez (born 1913) was an immensely popular driver in his homeland of Argentina. He was a pre-war contemporary of Juan Manuel Fangio and might have enjoyed a degree of success if F1 had he decided to race in Europe. As it was, he only ever did one grand prix – his home race in 1953 – where he finished fifth in a Maserati.

Nelson Piquet (born 1952) is known for being outspoken and a bit of a joker. He might have won an impressive three championships, but for some reason he tends to be underrated despite winning in an era of drivers such as Niki Lauda, Alain Prost, Ayrton Senna, and Nigel Mansell. His first two titles came for Brabham in 1981 and 1983, but unreliability from the monstrously powerful BMW engines prevented him from being a more regular contender. He moved to Williams for 1986 but lost out on that year’s title to Prost after a season long battle with teammate Mansell.

After having a massive accident at Imola in 1987, Piquet had to trade speed for cunning and consistency, which was enough to win him that year’s championship. The accident had affected him more than he let on, though, and after retiring at the end of 1991 admitted that he’d only continued racing for the money. 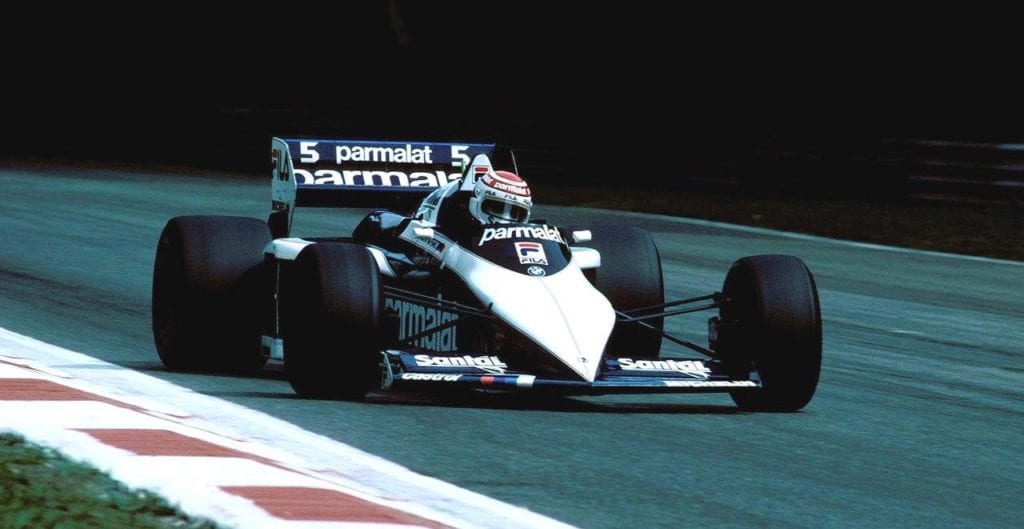