1984 Brazilian Grand Prix
Alain Prost claimed victory in his first race back at McLaren after teammate Niki Lauda broke down at half-distance and the Renault of Derek Warwick (who had been in the battle for the lead) suffered a suspension failure. Keke Rosberg finished second with pole-sitter Elio de Angelis third, while rookie Martin Brundle finished a fine fifth on debut, only to have it (along with the rest of that year’s results) expunged when the Tyrrell team was disqualified from the entire season. Another well-known driver also made his debut in this race – Ayrton Senna. It was a muted start to his career as the turbo on his Toleman blew, making Senna the first retirement of the season.

1990 Brazilian Grand Prix
After spending most of the 1980s at the Jacarepagua circuit in Rio, F1 returned to a new, shortened version of Interlagos for 1990. Senna had led much of the way but was being hunted down by Prost’s Ferrari and in his efforts to clear some backmarkers ended up collided with Satoru Nakajima’s Tyrrell. That dropped Senna to third as Prost sailed to his first Ferrari victory, with Gerhard Berger splitting the two in second.

2012 Malaysian Grand Prix
After heavy rain at the start triggered a red flag period, Fernando Alonso drove superbly at the restart to grab the lead from eighth on the grid in a car that few had expected to be even remotely competitive. More surprising than even that was the guy that pushed him hard for the win – Sergio Perez. A solid strategy call at the start of the race helped him jump up the order and then, as the track was drying out, he started to rapidly reel in Alonso. He cut the gap to just over a second, dropped to seven seconds behind after everyone made their final stop for slicks, and then caught up again, this time to within a second.

Could Perez actually make the move and take an incredible victory? Not quite. A small mistake at turn 14 dropped him back and this, coupled with a message from the team telling him to make sure of his position meant he settled for second. Still, it was quite the result!

2018 Australian Grand Prix
Lewis Hamilton was well on course to win the opening race of the season but an early pit stop turned out to be his undoing. Sebastian Vettel decided to run long and when a Virtual Safety Car (and later a real safety car) was deployed to recover Kevin Magnussen’s stricken Haas, the Ferrari driver had enough time in hand to make his stop and rejoin in the lead. Despite Hamilton’s best efforts to try and make a pass, he couldn’t get close enough – after making a mistake and running off the circuit he resigned himself to second, with Kimi Raikkonen and Daniel Ricciardo not too far behind.

Birthdays
Fritz d’Orey (born 1938) bought a Maserati 250F to use in some races in the 1959 season. After finishing 10th in France, he then completely wrecked the car in a crash during the British GP, spoiling his plans. However, for the season-ending US GP he was back for his third and final start. Driving a Tec-Mec (kind of a modified 250F) he retired with an oil leak after just six laps. 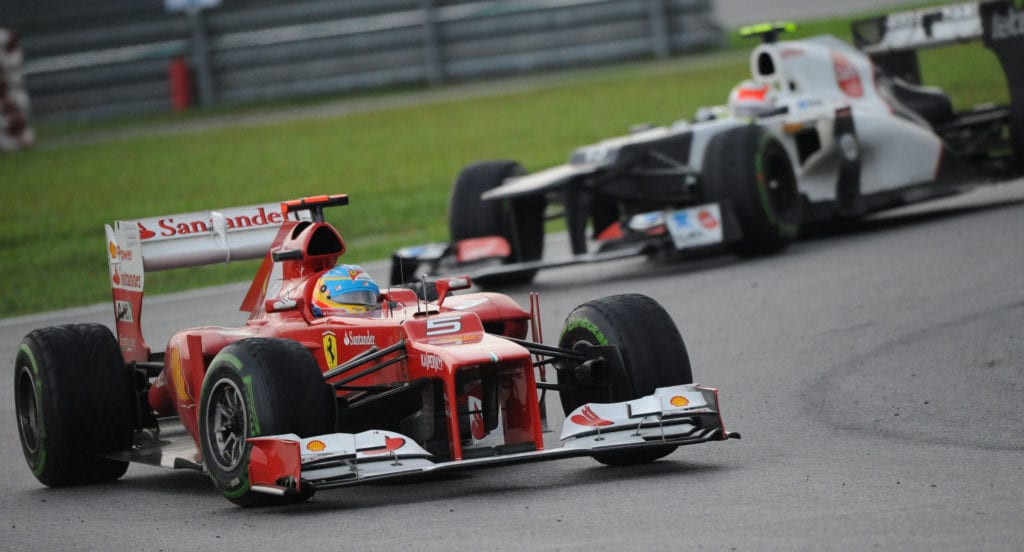