On This Day In F1 – Peterson Denied Depailler On The Last Lap – WTF1
Skip to content
×
Formula 1 , On This Day

1972 South African Grand Prix
Denny Hulme took an emotional victory for McLaren, the first for the team since Bruce McLaren had died two years earlier. It was a race that several drivers could have won – Jackie Stewart led the early stages before his gearbox failed, Mike Hailwood was in the mix in his Surtees until suspension failure put him out, and Emerson Fittipaldi led for a bit until handling problems with his Lotus dropped him to second by the end. Peter Revson completed the top three, making it two McLaren drivers on the podium.

1978 South African Grand Prix
Another race with multiple leaders, only this time there was a dramatic lead change on the final lap. Mario Andretti led the early stages but dropping with overheating tyres and a fuel pump issue. Jody Scheckter took over the top spot for a bit before a young Ricardo Patrese shot into the lead for Arrows in his 11th race and only the team’s second. He not only took the lead but built up quite a gap and was looking set for a sure victory until his engine blew up with just 15 laps to go.

That left Patrick Depailler in front for Tyrrell. By this point of his career, the Frenchman had seven second places to his name but no win – was this going to end the streak?

No. Depailler’s engine had developed a small oil leak and would occasionally cut out. Andretti, recovering from his earlier issues, was rapidly closing in but just a few laps from the end, he started to run out of fuel. His Lotus teammate Ronnie Peterson resumed the chase and by the last lap was right with Depailler. A few corners from the end, Depailler’s engine picked a bad time to cough – Peterson made a move stick and went on to win from a dejected Depailler (who called his defeat “the worst of all”) with John Watson third for Brabham. Interesting, none of the drivers who scored points in this race started higher on the grid than 10th.

2001 Australian Grand Prix
Mika Hakkinen and Michael Schumacher picked up where their rivalry left off as the two battled for the win in the first race 2001, only for a suspension failure on Hakkinen’s McLaren to put a halt to the scrap. Schumacher went on to win from David Coulthard and Rubens Barrichello as two rookies made an excellent first impression – Kimi Raikkonen scored a point for Sauber in just his second year of racing cars, while Fernando Alonso outqualified a Prost and a Jaguar in a car which had barely run, going on to finish 12th.

The race was unfortunately marred by tragedy. On the fifth lap, a loose tyre from a collision between Ralf Schumacher and Jacques Villeneuve went through a gap in the fence and struck marshal Graham Beveridge. Despite the best efforts of medical teams, he sadly passed away.

Birthdays
Nino Vaccarella (born 1933) started four races between 1961 and 1965 with a best finish of ninth. Though his F1 career was unremarkable, Vaccarella was outstanding in sportscars – particularly the Targa Florio, which he won three times – and also taking a Le Mans victory.

The greatest driver of all time? Jim Clark (born 1936) dominated F1 in the 1960s – during his two title wins in 1963 and 1965 he scored the maximum available points (in 1965 he also won the Indy 500) and would surely have had more championships had Lotus not struggled with unreliable cars. Some of the numbers behind his career are remarkable. In his 72 starts he won 25 times and took 33 poles – only Juan Manuel Fangio has a better strike rate – and also managed eight Grand Chelems (winning from pole, leading every lap and setting the fastest lap). No other driver has more than five. He also only ever finished second once – proof that if his car was reliable enough and fast enough, he’d probably win. It’s staggering to think what else he might have achieved had he not died in an F2 race in 1968.

Jos Verstappen (born 1972) came into F1 in 1994 with a solid reputation, but debuting at Benetton alongside Michael Schumacher was always going to be tough and despite managing a couple of podiums, his career never really recovered. Stints at teams like Simtek, Footwork, Tyrrell, Stewart, Arrows and finally Minardi in 2003 included several impressive drives (especially in the wet) but his approach to racing meant he never broke out of the midfield. 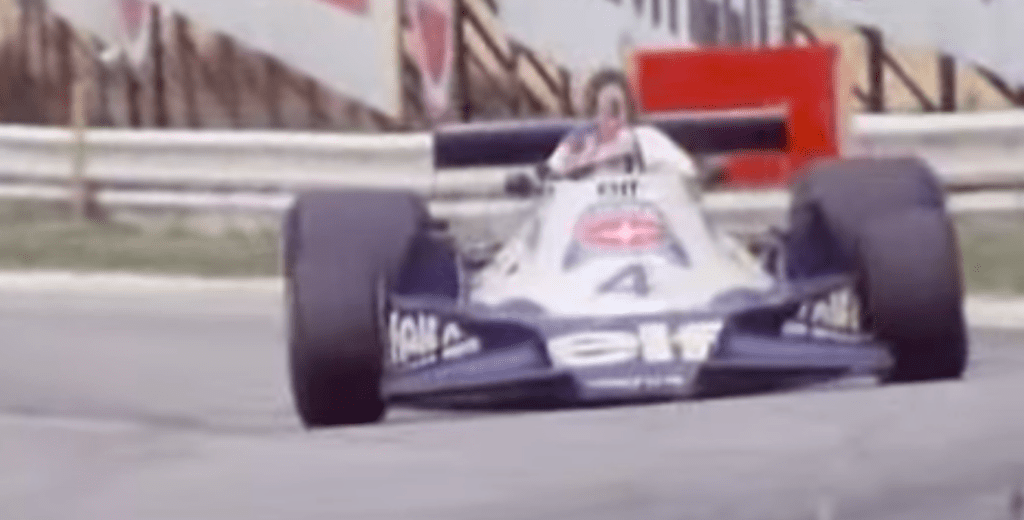