On This Day In F1 – Prost Finished Second To Senna In His Final Grand Prix – WTF1
Skip to content
×
Formula 1 , On This Day

1993 Australian Grand Prix
Ayrton Senna won the 41st – and what would be last – grand prix of his career to round out the 1993 season. He was joined on the podium by Alain Prost, who capped his career off with a second place. Senna attempted to bury the hatchet on F1’s greatest rivalry but Alain wasn’t convinced, saying:

“I don’t think now is the right moment to talk about peace. I think it’s important to make peace when you are driving, but the last time I tried to do that, one month later he crashed into my car at 170mph deliberately. I am not a hypocrite. For me, it’s too late now.”

It was also the last race for a few other people. Riccardo Patrese’s 256-race career finished with a fuel pump failure on the final lap. Derek Warwick finished 10th for Footwork in his last grand prix, and the legendary Toshio Suzuki finished 14th in his second and final race.

2010 Brazilian Grand Prix
Nico Hulkenberg started from an outstanding pole position as a result of picking the perfect time to head out on slick tyres in a wet qualifying. Not only that, but he was simply better than everyone else – both of his best laps were good enough for pole, even though other drivers had slightly better conditions. In the race, however, his lead didn’t last until the first corner and he eventually slipped back to eighth.

Up at the front it was a comfortable Red Bull one-two and the question was all about whether there would be any team orders. With only Abu Dhabi remaining after this race, Sebastian Vettel was still something of an outside bet for the title and though he was leading in Brazil, you wondered if Red Bull might order him to drop behind Mark Webber.

Since Vettel still had a chance, however, the call never came, with Vettel leading home Webber, Fernando Alonso, and Lewis Hamilton. In finishing fifth Jenson Button dropped out of the title race, making it ‘only’ a four-way fight heading into the final race. How boring…

Birthdays
Alex Ribeiro (born 1948) entered 20 races between 1976 and 1979, qualifying for 10 of them and managing a pair of eighth places in a March in 1977. A highly religious man, he became well-known for running the phrase ‘Jesus Saves’, and after his racing career went on to become the driver of the medical car.

A fully-trained doctor, Jonathan Palmer (born 1956) made his debut in a one-off race with Williams in 1983 but went on to spend the rest of his 88-race career in thoroughly midfield cars from the likes of RAM, Zakspeed, and Tyrell. Despite that, he managed to win the Jim Clark Cup for drivers in naturally-aspirated cars in 1987, beating the likes of Ayrton Senna, Nigel Mansell and Alain Prost, who weren’t eligible for the Cup because they were driving turbocharged cars. His final season came in 1989, after which he became a McLaren test driver and went on to own several UK circuits. 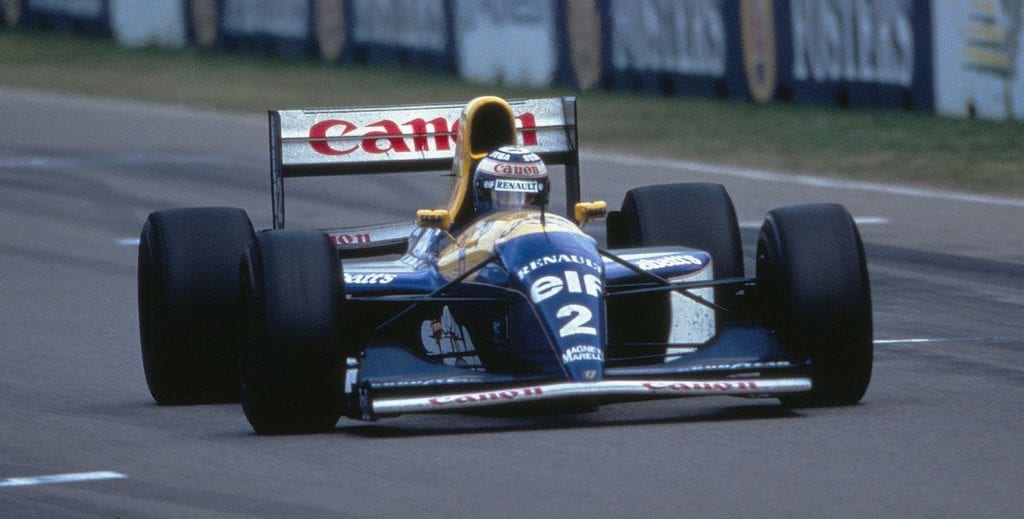