On This Day In F1 – Prost Won His Fourth And Final Championship – WTF1
Skip to content
×
Formula 1 , On This Day

1993 Portuguese Grand Prix
After a few races of misfortune, Alain Prost finally clinched the 1993 championship (not that it was ever in doubt) by finishing second. Michael Schumacher took his second F1 victory after leaping ahead of Prost during the stops.

During the weekend, Prost also announced that he wouldn’t be coming back to defend his title in 1994. With Ayrton Senna joining Williams, he didn’t fancy another season in the same team as his bitter rival.

1999 European Grand Prix
A wet/dry race at the Nurburgring proved to be one of the most brilliant and unpredictable races of all-time. So many different people could have won it: Heinz-Harald Frentzen, David Coulthard, Ralf Schumacher and Giancarlo Fisichella all had a genuine chance of victory. In the end, it was Johnny Herbert who took a shock win for Stewart, ahead of Jarno Trulli’s Prost and Rubens Barrichello, also in a Stewart.

Luca Badoer was set for a stunning fourth for Minardi before his gearbox failed, though teammate Marc Gené did give Minardi some joy by stealing a point for sixth. Mika Hakkinen only finished fifth but Eddie Irvine was unable to capitalise after first suffering a slow pit stop, and later running wide, allowing Hakkinen ahead.

2004 Chinese Grand Prix
Rubens Barrichello took his second win of the season after Michael Schumacher had a very scruffy race. He started from the pit lane following issues in qualifying but hold-ups with traffic, a puncture and even a spin meant he only made it as high as 12th by the end.

2010 Singapore Grand Prix
Fernando Alonso put in a sublime performance across the whole weekend. He wasn’t necessarily known for his qualifying excellence but he managed to pip Sebastian Vettel to pole and then just about held the faster Red Bull off for the entire race to win by less than three-tenths of a second. It was one of his very best drives and amazingly, the only grand chelem (pole, win, leading every lap and setting the fastest lap) of his career.

Birthdays
Tim Schenken (born 1943) drove a number of races in the early 1970s, with a best result of third at the 1971 Austrian Grand Prix. His final race came at Watkins Glen in 1974, where he failed to qualify his Lotus but took the start anyway. Unsurprisingly, he was disqualified after a few laps.

Patrick Friesacher (born 1980) was a former Red Bull junior driver who got his chance with Minardi in 2005. He finished last in the infamous six-car race at Indianapolis that year but was dropped with eight races left in the season after his sponsorship money ran out. 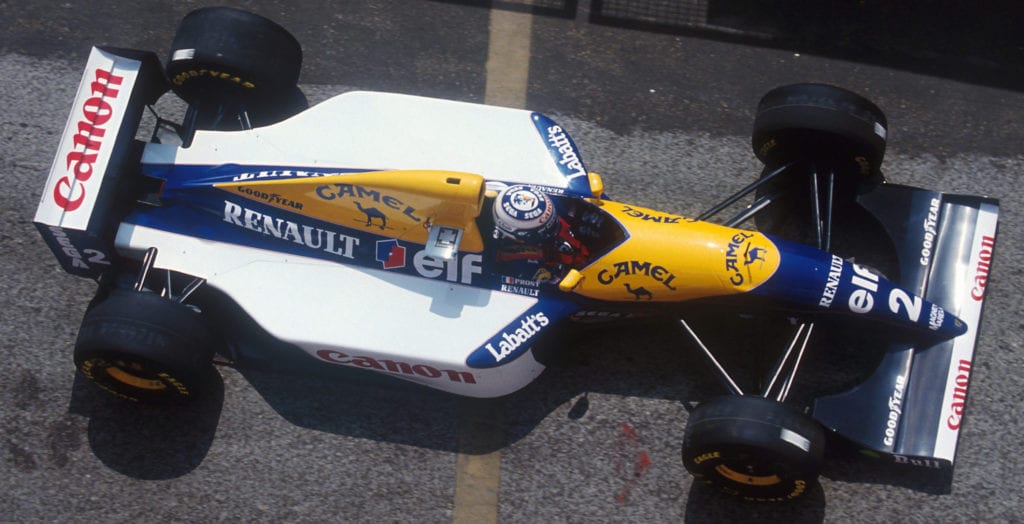