On This Day In F1 – Red Bull Won Its First Race

1970 Spanish Grand Prix
Jackie Stewart lapped the entire field on his way to victory – though that isn’t necessarily saying much as only four other drivers – Bruce McLaren (his final F1 podium), Mario Andretti (his first F1 podium), Graham Hill, and Johnny Servoz-Gavin finished the race.

Two drivers were lucky to walk away from a fiery opening lap accident, when Jackie Oliver’s brakes failed and sent him spearing into the side of Jacky Ickx’s Ferrari, causing the two cars to instantly burst into flames. The race carried on as marshals attempted to contain the inferno both on the cars and on Ickx, who was rolling around at the side of the track with his race suit on fire. In fact, there was so much fluid from the extinguishers that the circuit became flooded and caused a few drivers to spin. Of course, being the 1970s, the race wasn’t stopped or anything, so the burning carcasses of the cars were just left at the side of the track for the whole race.

2009 Chinese Grand Prix
As so often happens when a team wins its first race, Red Bull’s maiden victory turned out to be a one-two as Sebastian Vettel led home Mark Webber and Jenson Button in torrential conditions. There was a bit of a bum-clenching moment for the team early on when Toro Rosso’s Sebastien Buemi drove into the back of Vettel during a safety car period, though luckily Vettel’s car was undamaged while Buemi was able to pit for a new front wing and go on to finish eighth.

Felipe Massa had an unlucky race – he made brilliant progress in the early stages to go from 13th to third in the space of 15 laps, only for his Ferrari to break down. Lewis Hamilton looked like a potential podium contender at one point until a series of mistakes and spins in the second half of the race dropped him to sixth behind teammate Heikki Kovalainen.

2015 Bahrain Grand Prix
Lewis Hamilton made it three wins from four races, but it was a little bit touch and go as Kimi Raikkonen put on a surprise charge at the end of the race. Using an alternative strategy, Raikkonen found himself on the softer, faster tyres at the end of the race and was taking seconds a lap out of the two Mercedes’, both of which were nursing brake issues. He got past Rosberg for second on the penultimate lap and then got within three seconds of Hamilton at the finish.

Birthdays
Rudi Fischer (born 1912) started seven races across 1951 and 1952 and in the latter year managed a pair of podiums – second in the Swiss GP, third in the German GP – which back then was enough for him to be classified fourth in the championship.

Basil van Rooyen (born 1938) started the South African GP in 1968 and 1969, but retired on both occasions. Kurt Ahrens Jr (born 1940) started a single world championship race in an F1 car, the 1968 German GP, where he finished 12th in a Brabham. Better known for his sportscar exploits, Ahrens was in demand as an F1 driver but never fancied the idea of constantly travelling around the world, and he retired from racing altogether in 1970.

Jac Nellemann (born 1944) failed to qualify a Brabham for the 1976 Swedish GP. Actually, he failed to qualify two – after his BT42 broke down he was put into a newer BT44B, which then failed before he had a chance to set a lap, leaving him three-tenths off of making the grid. 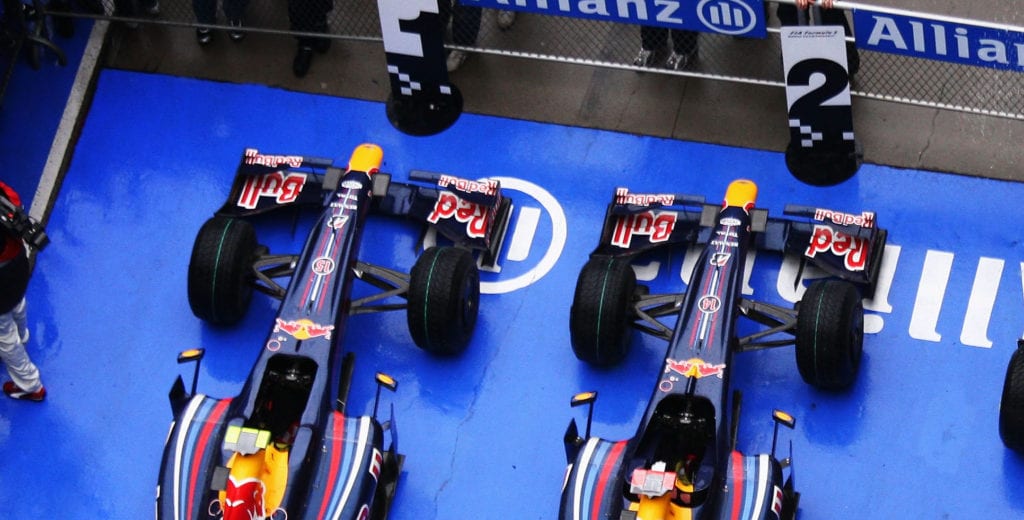