On This Day In F1 – Zsolt Baumgartner Made History – WTF1
Skip to content
×
Formula 1 , On This Day

On This Day In F1 – Zsolt Baumgartner Made History

1958 Portuguese Grand Prix
Stirling Moss did his championship chances the world of good by winning the race ahead of Mike Hawthorn. They became even better when Hawthorn was subsequently disqualified for apparently driving in the wrong direction after stopping out on track. Moss, ever the gentlemen, had seen the incident and felt his countryman had been hard done by. He went to the stewards, explained that his title rival had done nothing wrong, and Hawthorn’s second place was reinstated – along with the seven points he scored. Moss went on to lose the championship by a single point.

1997 Belgian Grand Prix
Michael Schumacher made the rest of the field look like amateurs on a wet day at Spa. In four racing laps he pulled out a 28-second lead, and after nine laps was ahead by a full minute. The track dried, he stopped for slicks and cruised to an easy victory ahead of Giancarlo Fisichella’s Jordan.

2003 Hungarian Grand Prix
Fernando Alonso won his first race for Renault in dominant fashion to become the then-youngest winner of a grand prix, even lapping Michael Schumacher on the way. More significantly, Zsolt Baumgartner because the first Hungarian F1 driver when he subbed at Jordan for Ralph Firman, who’d been injured following a crash caused by rear wing failure in practice. Sadly, Baumgartner retired with engine problems at half-distance before he could fully unleash his potential.

2008 European Grand Prix
The first race the new Valencia street circuit was kind of a disappointment. Sure, the track had a really cool bridge, interesting pit buildings and a surprisingly fast final sector for a street track, but the race turned out to be a borefest. Felipe Massa essentially dominated the event, with Lewis Hamilton finishing second and Robert Kubica in third.

2014 Belgian Grand Prix
Aside from the obvious memory of this being Andre Lotterer’s sole grand prix appearance (for Caterham), a key moment in the rivalry between Lewis Hamilton and Nico Rosberg came during this race. On the second lap, Rosberg knocked his front wing against Hamilton’s rear wheel, giving him a puncture. Rosberg recovered to second behind Daniel Ricciardo, whilst Hamilton’s race was ruined by the damage and he eventually retired.

Mercedes placed the blame squarely on Rosberg for the incident – not that he would really have cared, given that he extended his championship lead to 29 points in the process.

Birthdays
Sam Tingle (born 1921) was one of several drivers who only participated in the South African rounds during the 1960s. His best result came during his final race in 1969, when he finished eighth.

Eric Bernard (born 1964) was one of a slew of French drivers who came into the sport in the late 1980s/early 1990s. He debuted for Larrousse in 1989, and in 1990 enjoyed a few good races with the team’s surprisingly competent LC90. 1991 was less good, and after two years out of the sport found a berth with Ligier for 1994. He only scored once all year, when he finished a surprising third at Hockenheim behind winner Gerhard Berger and his Ligier teammate Olivier Panis. He was dropped for Johnny Herbert late in the season and after a single race for Lotus, his F1 career was done. 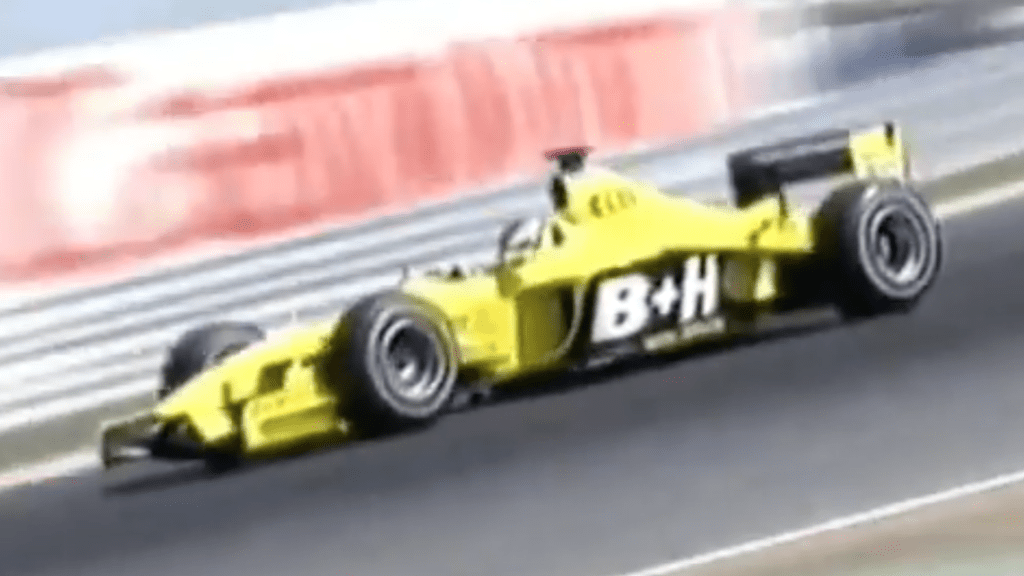