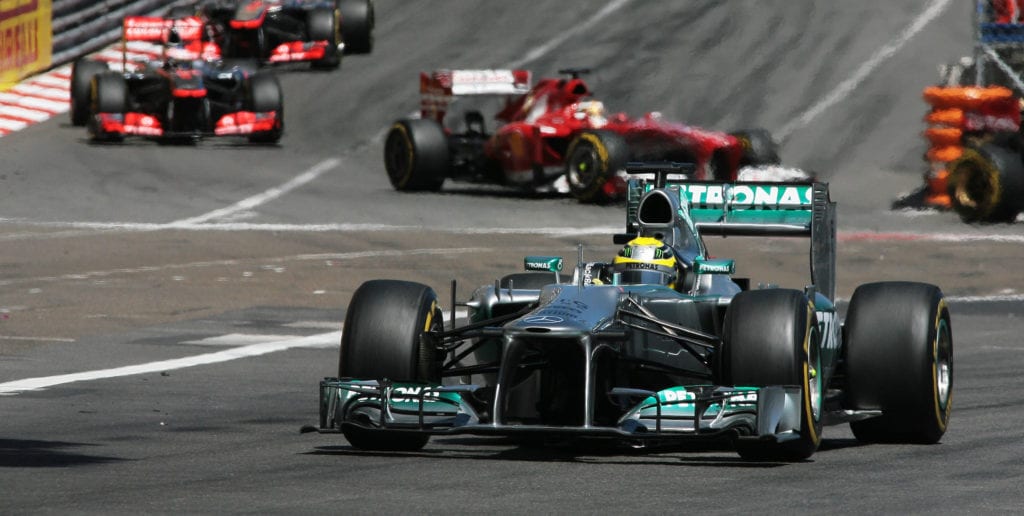 On This Day In F1 – Rosberg Took His First Monaco Win

1958 Dutch Grand Prix
Stirling Moss won for Vanwall ahead of the two BRM’s of Harry Schell (in his best F1 result) and Jean Behra – the very first time a BRM chassis had finished on the podium.

1963 Monaco Grand Prix
Graham Hill came through to win the first of his five Monaco GPs when long-time leader Jim Clark was hit with gearbox problems. Richie Ginther made it a BRM one-two ahead of Bruce McLaren and John Surtees.

1968 Monaco Grand Prix
From the 16 starters, 11 were out after just 16 laps following a series of mechanical problems and accidents. Though more than three-quarters of the two-hour race had just five cars running around the battle at the front was a surprisingly close one. Graham Hill won for Lotus but was chased hard all the way by BRM’s Richard Attwood, who finished a close second – the only podium of his F1 career – and took the fastest lap along the way. Lucien Bianchi finished third for his sole F1 podium, four laps behind the winner and the last time a Cooper would finish in the top three.

1974 Monaco Grand Prix
Seven cars were taken out in a first-lap pile-up, with a further five cars disappearing from the race by lap 11. Up at the front, Clay Regazzoni led the early laps before dropping down the order following a spin, while Niki Lauda retired from the front with engine issues. Ronnie Peterson (who’d had to make up ground following his own early error) came through to win for Lotus ahead of Jody Scheckter and Jean-Pierre Jarier.

2002 Monaco Grand Prix
David Coulthard saw off strong challenges from Juan Pablo Montoya and Michael Schumacher to win the Monaco GP for the second time. While Montoya dropped out with engine failure, Schumacher pushed the Scot hard the whole way, finishing just a second behind. Third-placed Ralf Schumacher was more than a minute behind, and everyone else was more than a lap down. Heinz-Harald Frentzen’s sixth place would be the last time the Arrows team scored points before folding just a few races later.

2013 Monaco Grand Prix
30 years after his father won for Williams, Nico Rosberg took his first Monaco win ahead of Sebastian Vettel and Mark Webber. The race was red-flagged at half distance to an accident at Tabac involving Pastor Maldonado and Max Chilton which, amazingly, wasn’t Maldonado’s fault. One of the stars of the race was Adrian Sutil, who finished a fine fifth for Force India after pulling off a lovely pass on Fernando Alonso into the Lowes hairpin. On the other end of the scale, Sergio Perez ruffled a few feathers with some massive lunges at the chicane, one of which gave Kimi Raikkonen a puncture and dropped him down the order. Afterwards, the Finn said Perez should be “punched in the face” because simply talking to him “won’t help”.

2019 Monaco Grand Prix
Lewis Hamilton spent almost the entire race fending off Max Verstappen after a decision to switch to the medium tyres instead of the hards proved to be the wrong call. Verstappen had the challenge of not only needing to pass Hamilton, but also pull five seconds in front as he’d been assessed a penalty for an unsafe release during his pit stop. Despite some strong efforts, Hamilton was able to hold him (and the rest of the chasing pack) behind him for the whole race to win his third Monaco GP ahead of Sebastian Vettel and Valtteri Bottas; Verstappen’s penalty dropped him to fourth.

Birthdays
Peter Westbury (born 1938) drove a BRM in the 1970 US GP at Watkins Glen, but his engine failed during qualifying and he didn’t make the grid.

Sam Posey (born 1944) raced in the US GP in 1971 and 1972, both times driving a Surtees. He retired from the first with engine failure and the finished 12th the following year. 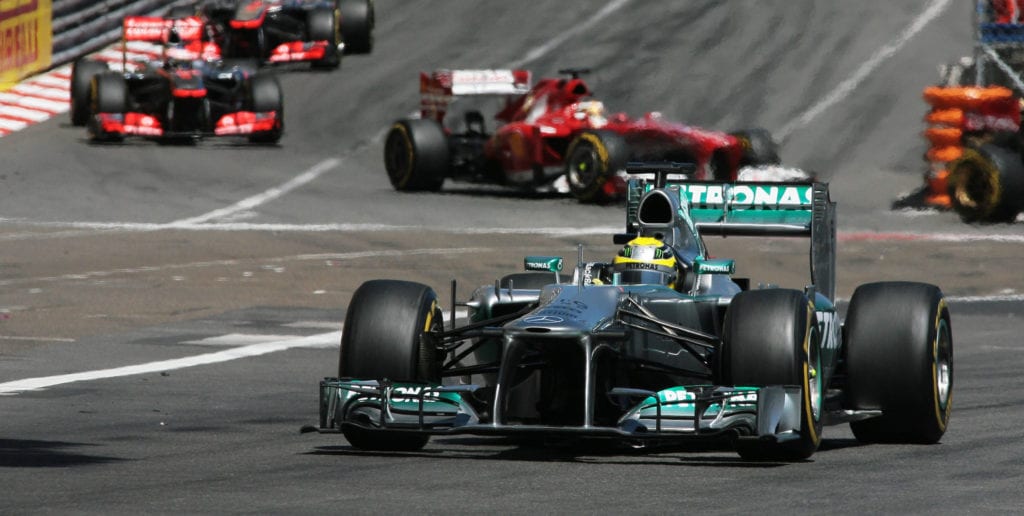