On This Day In F1 – Rosberg Won A Swiss Grand Prix That Wasn’t In Switzerland – WTF1
Skip to content
×
Formula 1 , On This Day

1976 Dutch Grand Prix
James Hunt became the first of just two drivers in history to win a race on his birthday (the other being Jean Alesi at Canada in 1995) with victory at Zandvoort, holding off a charging Clay Regazzoni and Mario Andretti. Tom Pryce finished an impressive fourth for Shadow, though sadly it would prove to be his final points finish in F1.

1982 Swiss Grand Prix
Switzerland banned motor racing in 1955, so how could there have been a Swiss GP in 1982? Well, France wanted two races, and with the French GP being held at Paul Ricard that year, a deal was struck to put Dijon on the calendar too, with the help of the Swiss Automobile Club.

Keke Rosberg took his first win when he snatched the lead from Alain Prost with three laps to go. It was his only win on his way to the championship that year.

1999 Belgian Grand Prix
David Coulthard won after snatching the lead from pole-sitter Mika Hakkinen at the start, making light contact with his teammate on the way. Other than that it was a seriously boring race, the only ‘highlight’ being Ferrari issuing team orders in order to get Eddie Irvine up to fourth. Damon Hill finished sixth, the final point of his career.

2004 Belgian Grand Prix
Kimi Raikkonen benefitted from a series of safety cars to take McLaren’s only win of the season, and only the second time that season that Michael Schumacher had been beaten. The Ferrari’s struggled with tyre temperatures at Spa but even so, Schumacher was able to finish second and clinch his seventh and final championship.

2010 Belgian Grand Prix
Occasional sprinklings of rain made for a dramatic race which saw Lewis Hamilton take victory from Mark Webber. The other three title contenders (oh, what a season 2010 was!) all had a terrible day – Sebastian Vettel crashed into Jenson Button in a straight line, eliminating the McLaren driver, while Fernando Alonso spun out in the closing stages. Vettel kept going, but was penalised for his crash with Button and later had another collision, this time with Vitantonio Liuzzi, and he finished a lap down in 15th.

Birthdays
Alan Stacey (born 1933) drove a handful of races for Lotus between 1958 and 1960, with a best finish of eighth. He was tragically killed during the 1960 Belgian GP when he crashed after being struck in the face by a bird.

1976 champion James Hunt (born 1947) grafted his way through the ranks, his uncompromising driving style upsetting a few people along the way. After some stunning performances for the small Hesketh team, he landed a seat at McLaren and promptly won the title in a captivating and controversial season (they really should make a movie about it…)

There were a few more wins for Hunt in 1977, but as the competitiveness of his cars faded he lost motivation and retired halfway through 1979, going on to become one half of the BBC’s iconic commentary partnership with Murray Walker. 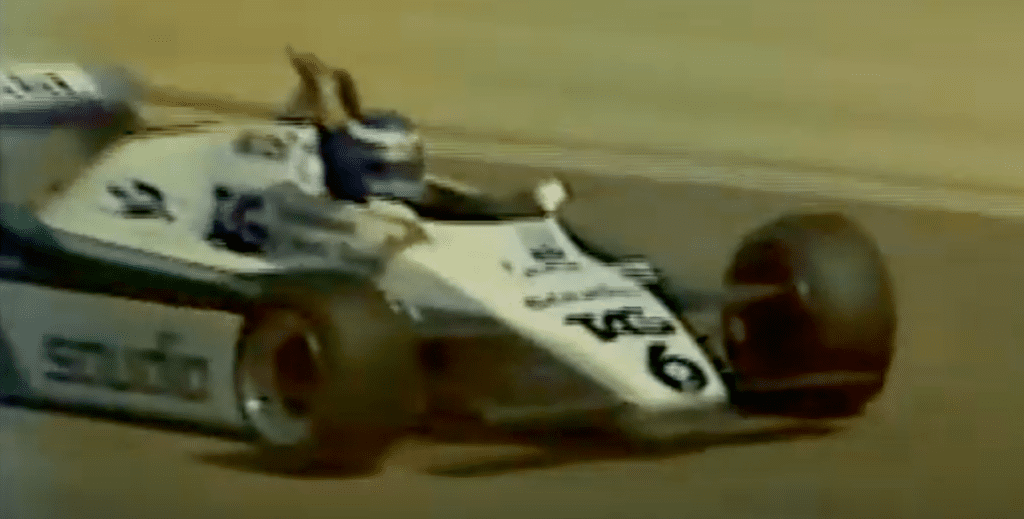