1971 South African Grand Prix
Denny Hulme led most of the race for McLaren but was being caught by Mario Andretti in the Ferrari in the closing stages. It was looking set to be a grandstand finish but with just a few laps to go, a piece of Hulme’s suspension broke – he was lucky to keep going at all and eventually trundled home to finish sixth.

Andretti therefore managed his first win – and in his first race for Ferrari, no less. Jackie Stewart finished second with Clay Regazzoni third.

1976 South African Grand Prix
Niki Lauda took the lead at the start and remained there for the whole race – although he only beat James Hunt’s McLaren to the line by 1.3 seconds. In fact, the order at the front was Lauda, Hunt, and third-place finished Jochen Mass from lap nine until lap 78 – hardly the most exciting race at the front…

2005 Australian Grand Prix
In his first race for Renault, Giancarlo Fisichella led from start to finish in the first race under F1’s new ‘tyre changes are banned’ rules. With a mixed-up grid thanks to a wet qualifying, Rubens Barrichello went from 11th to second while Fernando Alonso made his way up to third from 13th. David Coulthard also did a great job, finishing a fine fourth in Red Bull’s debut race. Michael Schumacher’s race was a nightmare – he never ran higher than seventh and eventually retired after colliding with Nick Heidfeld.

Weirdly, BAR withdrew both of its cars from the race on the final lap, in doing so allowing the team a free engine change ahead of the next race without being issued a penalty. However, as quickly as BAR spotted the loophole the FIA closed it – in future, teams would have to prove the car had a genuine issue in order to be allowed a change without penalty.

News
After all sorts of uncertainty over the off-season following Honda’s withdrawal and stories of failed saviours, Ross Brawn agreed a deal to buy the team’s assets for a symbolic £1 coin. Honda (which pulled out off the back of the global economic crisis) didn’t care about the money – having put so much effort into the car, the company just wanted to see it on the grid and in the hands of people who actually wanted to go racing.

With a last-minute switch from Honda to Mercedes engines and drivers Jenson Button and Rubens Barrichello taking a substantial pay cut, it turned out to be an incredible deal – Button won six of the first seven races and took the championship and the team took the constructors’ title before being sold to Mercedes at the end of the year.

Birthdays
Oswald Karch (born 1917) started way down in 34th place for his sole appearance in the 1953 German GP. He managed 10 laps, mostly at the back, before the engine in his Veritas failed. Piero Carini (born 1921) started three races in a Ferrari across 1952 and 1953 but retired from all of them.

Jackie Stewart’s older brother, Jimmy Stewart (born 1931) raced in F1 12 years before Jackie did, taking part in the 1953 British GP. He qualified 15th and had made it up to sixth before spinning off just a few laps from the end in what would be his only championship race. Completing the quartet of infrequent F1 drivers is Willie Ferguson. He entered a Brabham in the 1972 Spanish GP but the engine failed during qualifying. With no spares available, he was unable to take the start. 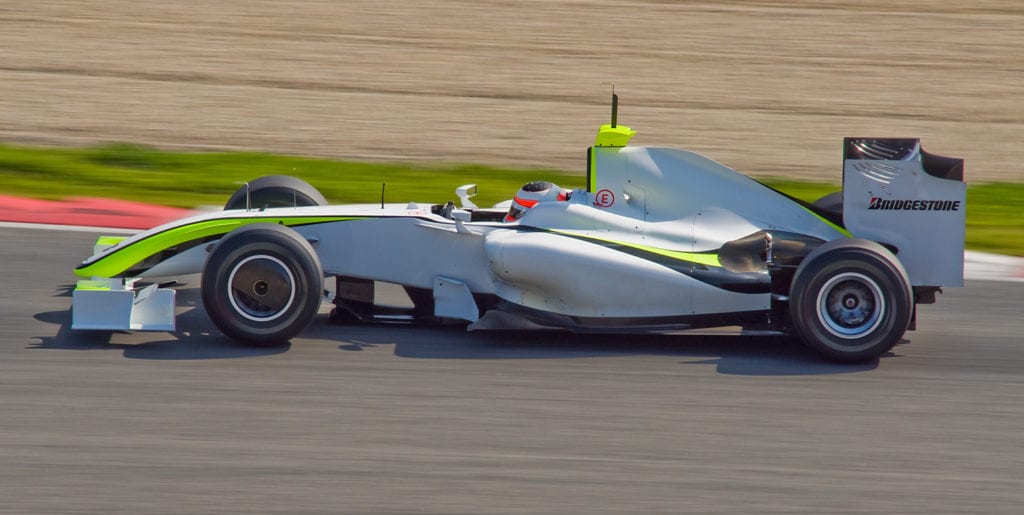