On This Day In F1 – Schumacher Breaks Yet Another Record – WTF1
Skip to content
×
Formula 1 , On This Day

On This Day In F1 – Schumacher Breaks Yet Another Record

2002 Belgian Grand Prix
Michael Schumacher led home a Ferrari one-two in a race that was rather boring, even by the standards of the era. By this point in his career Schumacher already held several records – the most wins, the most fastest laps, most podium finishes – and in winning at Spa, he added another one.

This was his 10th win of 2002, breaking the record for the most wins in a single season which was previously held by Nigel Mansell and… Michael Schumacher.

Birthdays
Franck Lagorce (born 1968) drove for Ligier in the last two races of 1994, finishing 11th in Australia. He remained test driver for the team in 1995 before landing a coveted gig testing for the magnificent Forti team the following year. 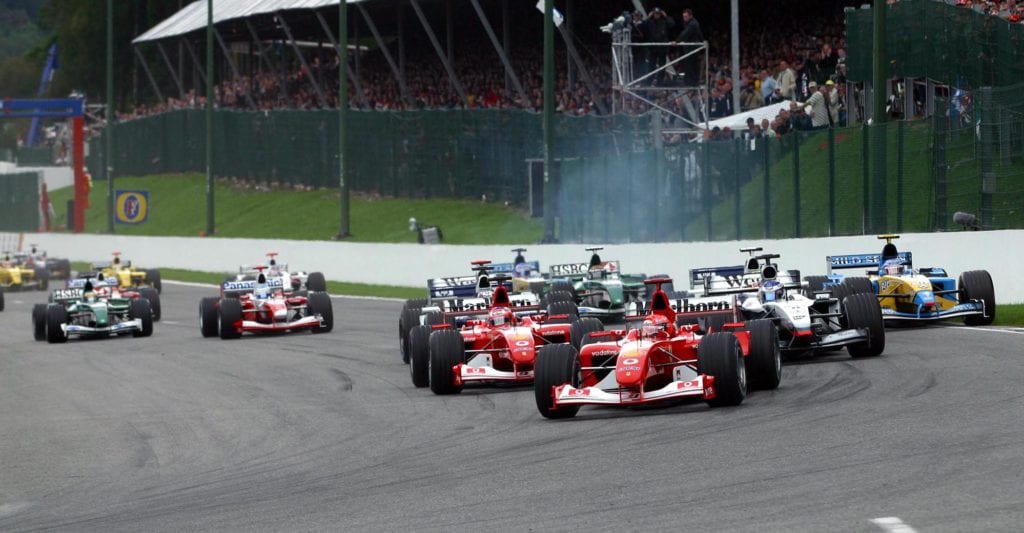