On This Day In F1 – Schumacher Celebrated His 200th GP By Equalling A Record – WTF1
Skip to content
×
Formula 1 , On This Day

1982 Belgian Grand Prix
With Ferrari withdrawing following Gilles Villeneuve’s death and Renault suffering the usual reliability issues, the race was left to be fought between Keke Rosberg and John Watson. Rosberg had looked in control for most of the race but, despite having to fight through from 10th on the grid, Watson had looked after his tyres better and pinched the lead – and the win – with two laps to go. Rosberg remained second ahead of Niki Lauda in third, whose McLaren was discovered to be underweight after the race. Lauda was disqualified, giving Eddie Cheever his first F1 podium for Ligier.

1993 Spanish Grand Prix
Alain Prost and Damon Hill battled for the lead in the first half of the race until Hill’s engine failed, leaving Prost to complete a straightforward win ahead of Ayrton Senna, who had to fend off a late charge from Michael Schumacher. Michael Andretti finally made it to the end of a race in fifth place – although he was a lap down on teammate Senna.

2004 Spanish Grand Prix
Michael Schumacher continued his sheer dominance of the season with his fifth win from the first five races of the season, equalling the record set by Nigel Mansell back in 1992. It was a fairly simple win for Schumacher despite losing out to Jarno Trulli at the start, who made a monster getaway to go from fourth to the lead by the first corner in his fast-starting Renault. Despite leading the opening laps, Trulli eventually slipped to third behind Rubens Barrichello.

2010 Spanish Grand Prix
Everyone knew that Red Bull had built a quick car, but this was the first point in the season where the team really demonstrated how fast the RB6 was. In qualifying, Mark Webber and Sebastian Vettel were eight tenths ahead of anybody else.

Webber went on to dominate the race and kickstart his title challenge as Vettel slipped back with brake issues – while fast, the RB6 also had its fair share of reliability gremlins.

Lewis Hamilton had been running second in the closing stages until a puncture sent him off the track and into the barriers, promoting Fernando Alonso up to second and Vettel to third.

Birthdays
Andy Sutcliffe (born 1947) entered the 1977 British GP in a March but was some way off the pace, and failed to make it through the pre-qualifying session. 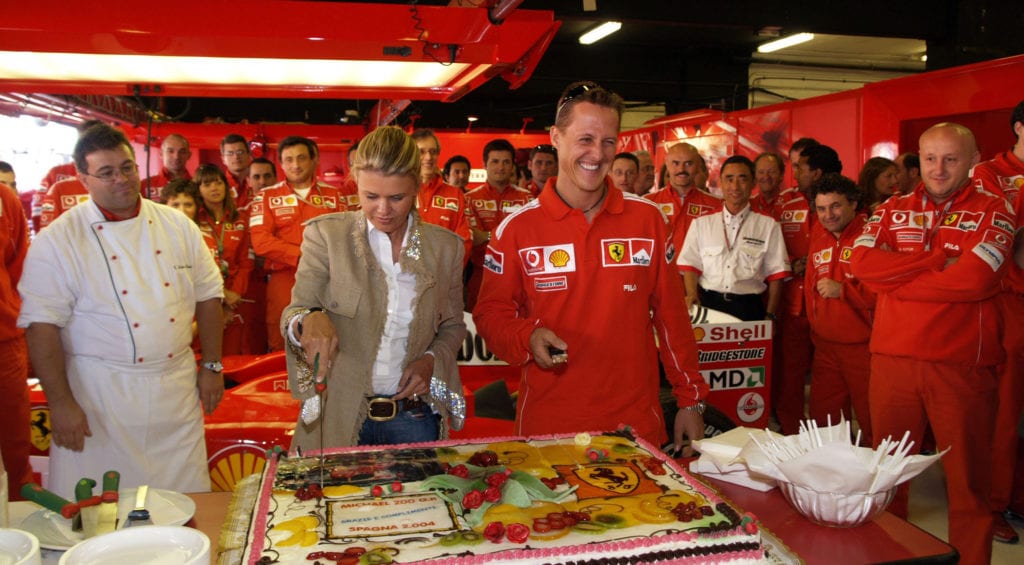