On This Day In F1 – Schumacher Crushed Everybody In The Rain At Monaco – WTF1
Skip to content
×
Formula 1 , On This Day

1975 Monaco Grand Prix
Ferrari took its first Monaco win in 20 years as Niki Lauda won from pole in wet conditions ahead of Emerson Fittipaldi and Carlos Pace. Despite being a five-time winner at Monaco, Graham Hill failed to qualify for the race for the first time in his career. As a result, the 46-year-old decided to retire from driving altogether and focus on managing his burgeoning F1 team. At the time he’d made 176 starts from 179 entries, making his the most experienced F1 driver of all-time – a record which would stand until Jacques Laffite broke it in 1986.

1986 Monaco Grand Prix
Alain Prost led home a McLaren one-two with Keke Rosberg second in what would be the final podium finish of the Finn’s career – it had been a typically battling drive from ninth on the grid. Ayrton Senna finished third Williams drivers of Nigel Mansell and Nelson Piquet and Nigel Mansell could only manage fourth and seventh. Despite being the usually fastest car on the grid, the FW11B wasn’t at home on street circuits.

1997 Monaco Grand Prix
One of Michael Schumacher’s finest wins, he dominated the early stages of the race in wet conditions, going several seconds a lap faster than anyone else. Both Williams drivers made the mistake of starting on slick tyres and dropped back, eventually crashing out of the race after finally making the switch to wets. Rubens Barrichello finished a superb second for Stewart in just the teams fifth grand prix, with Eddie Irvine third and Olivier Panis fourth.

Mika Salo had managed to finish a fine fifth after making a no-stop strategy work. The wet conditions meant the race was stopped after two hours, a massive 16 laps short of the scheduled distance, allowing Salo to go the entire race on a single tank of fuel and set of tyres, scoring what would turn out to be Tyrrell’s final F1 points.

2008 Turkish Grand Prix
Felipe Massa confirmed that he really was the king of Istanbul Park with his third consecutive pole and victory, with Lewis Hamilton finishing second and Kimi Raikkonen third. This was also the race where Rubens Barrichello become F1’s most experienced driver as he made his 257th start, breaking Riccardo Patrese’s record.

2014 Spanish Grand Prix
Lewis Hamilton just about fended off Nico Rosberg to narrowly win the race – Rosberg had been all over the back of Hamilton in the closing stages but unable to pass, losing out by just six-tenths of a second. This started to turn up the heat on the simmering feud between the pair – after the race it was revealed that Hamilton had used an engine mode the team had deemed ‘off-limits’ in order to hold Rosberg back, which Hamilton said he’d done because his teammate had done the exact same thing in Bahrain earlier in the year. Still, that was nothing compared to what happened in the years – and races – to come.

Birthdays
Geoff Crossley (born 1921) started two races in an Alta in 1950 – the first championship race at Silverstone, which he retired from, and later in the year at the Belgian GP, where he finished ninth.

Rob Schroeder (born 1926) entered a single race, the 1962 US GP at Watkins Glen. Unlike a lot of one-off drivers, Schroeder actually had a solid race, qualifying his Lotus comfortably and going on to finish 10th, seven laps down on race-winner Jim Clark. 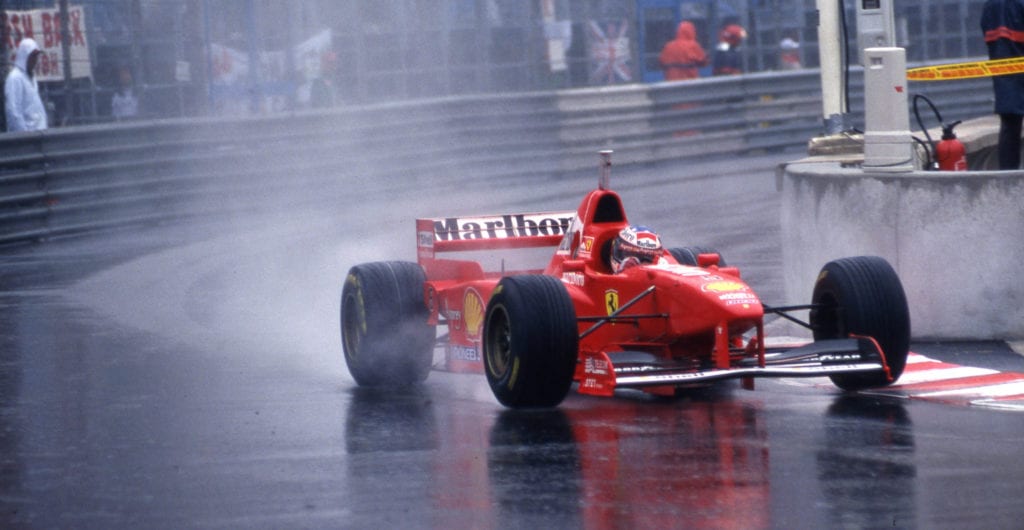