On This Day In F1 – Schumacher Drove One Of His Best-Ever Races – WTF1
Skip to content
×
Formula 1 , On This Day

1970 Austrian Grand Prix
Jochen Rindt’s four-race winning streak when his engine failed in the early stages of the race. Jacky Ickx went on to head a Ferrari one-two ahead of Clay Regazzoni, who finished second in just his fourth grand prix. Rolf Stommelen’s Brabham completed the podium – the only one of his career.

1981 Austrian Grand Prix
Jacques Laffite began to emerge as a serious championship challenger with his first win of the season and his sixth podium in seven races. He made his way through the field and passed René Arnoux’s Renault with 15 laps to go.

1987 Austrian Grand Prix
Two red flags caused by massive start line accidents on the narrow pit straight spelt the beginning of the end for the Osterreichring as an F1 venue – this would be the last Austrian GP for 10 years. Nigel Mansell was responsible for the second red flag after a terrible getaway at the second start bunched the field up, but eventually went on to win by almost a minute after passing teammate Nelson Piquet early on.

1992 Hungarian Grand Prix
After years of coming close, Mansell finally won the championship he craved so much with a second-place finish at the Hungaroring. It had never been in doubt given how dominant the Williams FW14B had been, but it was well-deserved for one of the great drivers of the era.

Joy for Mansell was despair for Brabham, however. Damon Hill managed to coax his pink BT60B over the line in 11th and last place, four laps down on winner Ayrton Senna. It was to be Brabham’s final race – the team ran out of money shortly afterwards and one of the most illustrious outfits in F1 history was gone.

1998 Hungarian Grand Prix
A classic example of just how well Michael Schumacher and the whole Ferrari team just gelled together. Running third for the first half of the race, the team decided the only way to have a chance of beating the McLaren’s was to switch from a two-stop to a three-stop strategy.

Schumacher pitted early for his second stop and by the time McLaren realised, it was too late – Schumacher got the undercut and was in the lead. With another stop still to make, the hard work was yet to come – he had just 19 laps to pull out a 25 second lead over the McLarens.

With Mika Hakkinen dropping back with a suspension problem it was left to David Coulthard to prevent Schumacher from winning – and he couldn’t manage it. Schumacher banged out qualifying lap after qualifying lap, his car visibly on the edge. It worked – he pitted again, emerged in the lead (despite running off the road at one point) and went on to win by nine seconds. 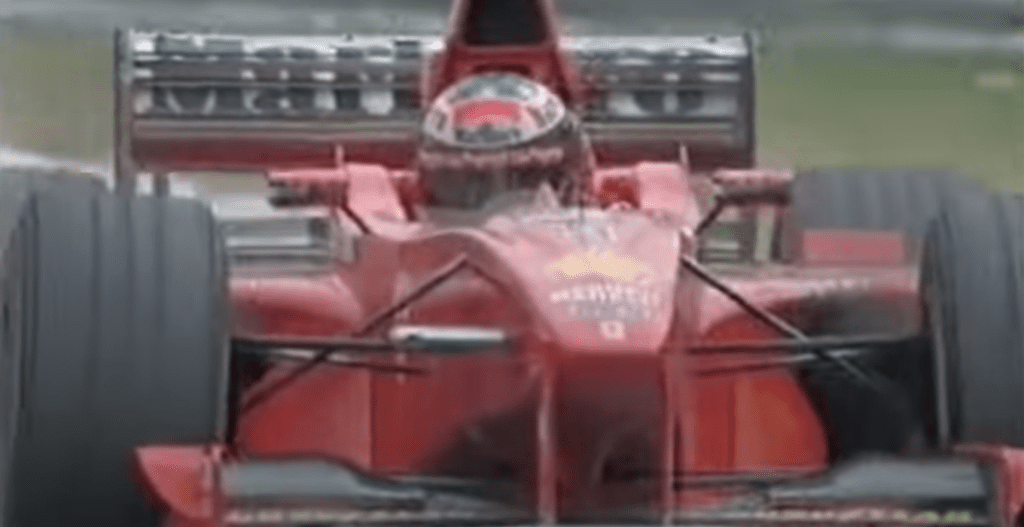